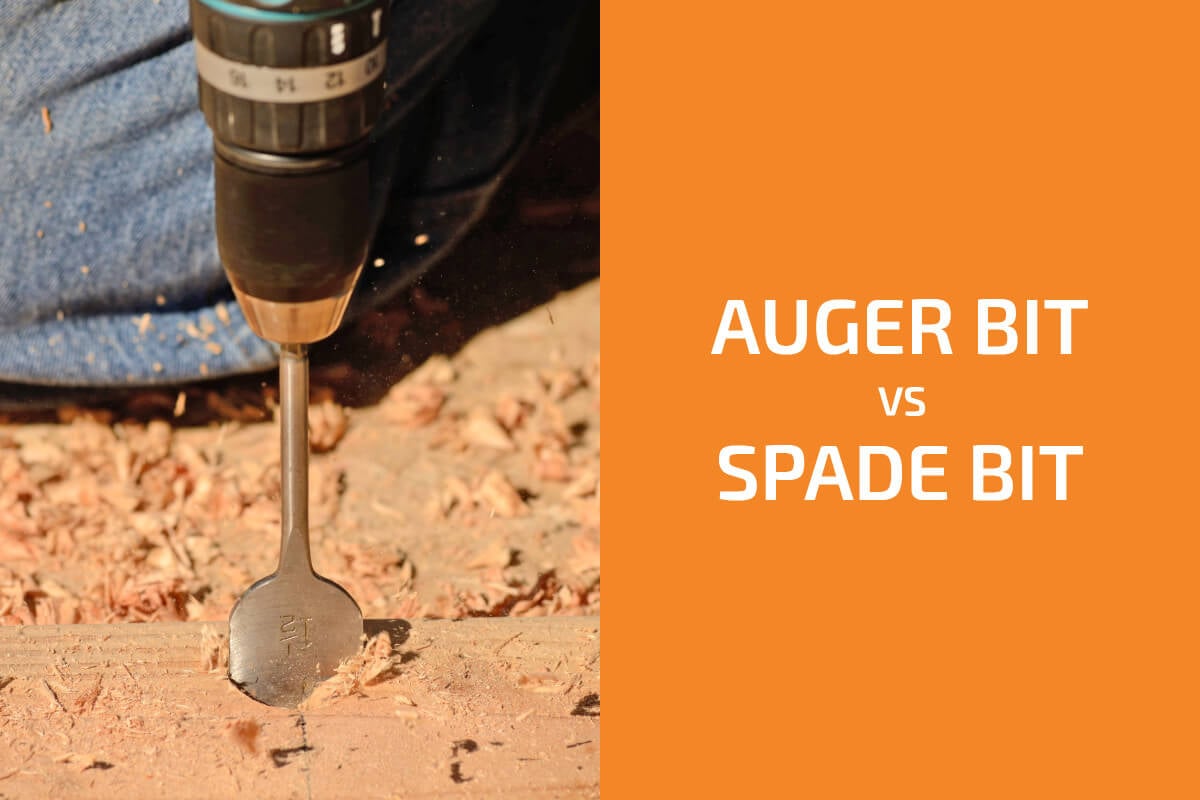 Today’s woodworkers and craftsmen have a lot of options when it comes to drill bits. At this point, there’s basically at least one type of bit for creating almost any type of hole in any type of material. But with more options comes more confusion when it comes to choosing the best bit for the job.

This is certainly the case with auger bits and spade bits, both of which some craftsmen today try to use interchangeably. In reality, each of these bits was built with certain types of boring in mind.

If you don’t know what these bits are capable of, then this guide will help you learn in a hurry.

Comparing drill bits can be a bit challenging if you don’t have a full understanding of each bit involved at a basic level.

So, to get you up to speed, let’s take a moment to examine the auger bit and the spade bit separately.

What Is an Auger Bit? 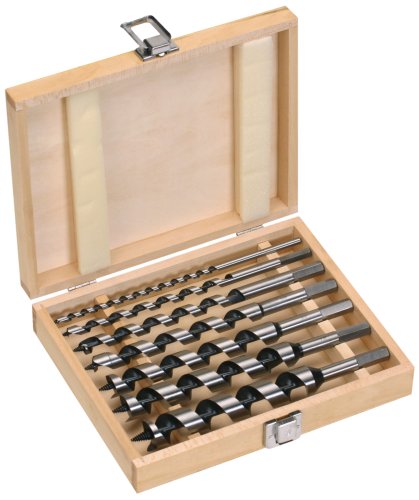 At first glance, an auger bit may look a bit like an average twist drill bit. But upon closer examination, you’ll clearly see that these drill bits are quite a bit larger, both in length and in boring circumference.

Auger bits also feature a single-spur cutting edge, which makes it possible to drill clean holes in dense, dry lumber with ease. These bits even include a small corkscrewed tip that eliminates the need to apply pressure while drilling.

At the same time, most auger bits include larger-than-average fluting. This allows the bit to effectively channel wood chips and debris out of the hole while the bit itself is in motion.

Most auger bits also make use of a hexagonal shank, unlike the standard round shank used on most drill bits. This provides a more secure connection between the bit and the drill, which in turn improves the torque translation rate during the boring process.

What Is a Spade Bit? 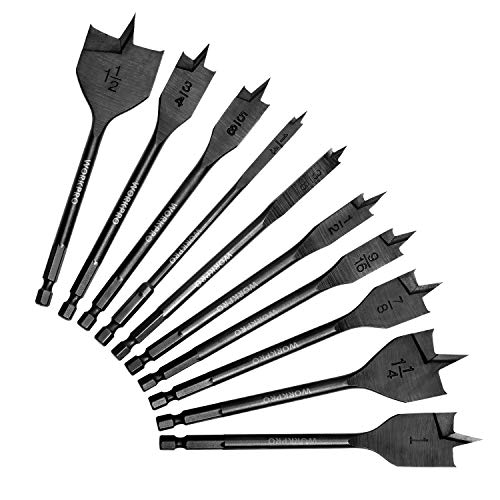 Spade bits are sometimes known as “paddle bits,” not least because they look a bit like a paddle at first glance. In fact, in terms of their shape, a spade bit is distinctive because of its squared, flat head.

This head is usually sized such that any hole made with that bit will match the head’s width. Making holes with these bits is not too challenging, either, thanks to their inclusion of a brad point on their head.

In practice, spade bits tend to create a “rougher” bore than the average drill bit. This is because the flat sides on these spade bits do not always cut into a wood’s grain all that cleanly. This is not usually an issue when drilling to a shallow depth, however.

But when drilling all the way through a workpiece, spade bits are well-known for causing splintering unless proper precautions are taken.

Auger Bit vs. Spade Bit: What Are the Differences?

Now that you know the basics of the two types of drill bits, let’s take a closer look at their differences.

One quick and reliable difference between these two drill bit types is their head shape.

A spade bit features (as its name implies) a broad, flat head that includes three points on its outer edge (two cutting teeth and a central brad point).

Meanwhile, an auger bit features a small, corkscrewed point that then turns into its long, fluted body.

Even with a quick glance, this difference can ensure that you’re always reaching for the correct bit. 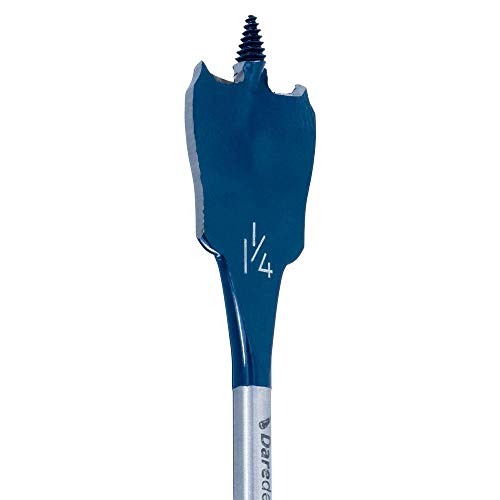 In practice, these two bit types also have a number of noteworthy practical differences.

One such difference is the cleanliness of bores created by each. These differences are a direct result of their overall structure and method of cutting into lumber.

To that end, spade bits are known for their rougher bores. A spade bit’s broad, flat-sided head is to blame for this outcome because it is unable to push out wood shavings during the drilling process.

Meanwhile, an auger bit is particularly able to bore out clean holes without hesitation.

This is because their long, fluted shape is able to force wood debris out of the hole while the bit turns. At the same time, the smooth exterior edge of an auger’s cutting surface is able to grind down the inner surface of the hole without needing to utilize any sandpaper.

Auger bits and spade bits are very different when it comes to their capacity to drill deeply into lumber.

Auger bits are the masters in this domain, with most auger bits being able to continue drilling as deep as their shank allows. It is not uncommon for an auger bit to be able to drill more than 15 or 20 inches in depth, even while working with a hardwood. 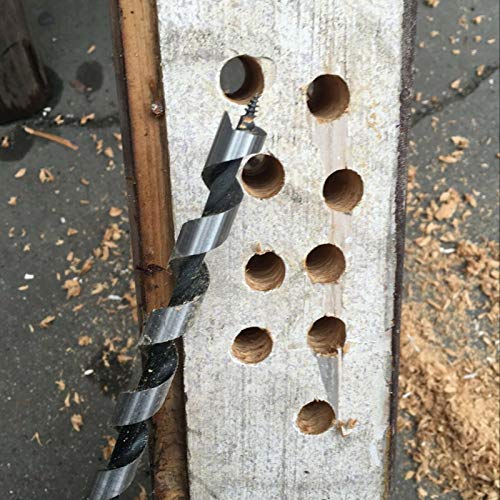 When it comes to comparing prices, a set of spade drill bits tends to be just a bit more affordable.

Their flat design generally makes them cheaper to manufacture. This, in turn, allows manufacturers to include more bits of differing sizes in a reasonably-priced kit.

Auger bits tend to come in single packs, meanwhile, which makes them more expensive to stock up on. They do tend to last longer, though, so that higher price tag is a tradeoff for greater durability and resilience.

When it comes to choosing between an auger bit and a spade bit, your first practical consideration should involve evaluating the depth of your desired hole.

If you only need to make a shallow bore, then a spade bit should be just fine. Meanwhile, deeper holes should always be made with an auger bit. This is especially true of holes that will pierce through to the other side of a workpiece, given that a spade bit can cause splintering in such a situation.

After accounting for depth, you’ll need to evaluate how broad you’d like the resulting hole to be. Generally speaking, you’ll find your work much easier if you choose a spade bit to bore out broader holes.

You can do the same with a large diameter auger bit, but these tend to be fairly expensive.

You can also start such a hole with a small diameter auger bit and then finish it with a spade bit sized to match your desired hole width.

All in all, auger bits and spade bits are both great options when it comes to boring large holes into lumber.

However, as you’ve now seen, both of these bits have their benefits and drawbacks when it comes to creating certain types of holes.

Be sure to keep these differences in mind when you go to pick up some new drill bits for your next woodworking project!