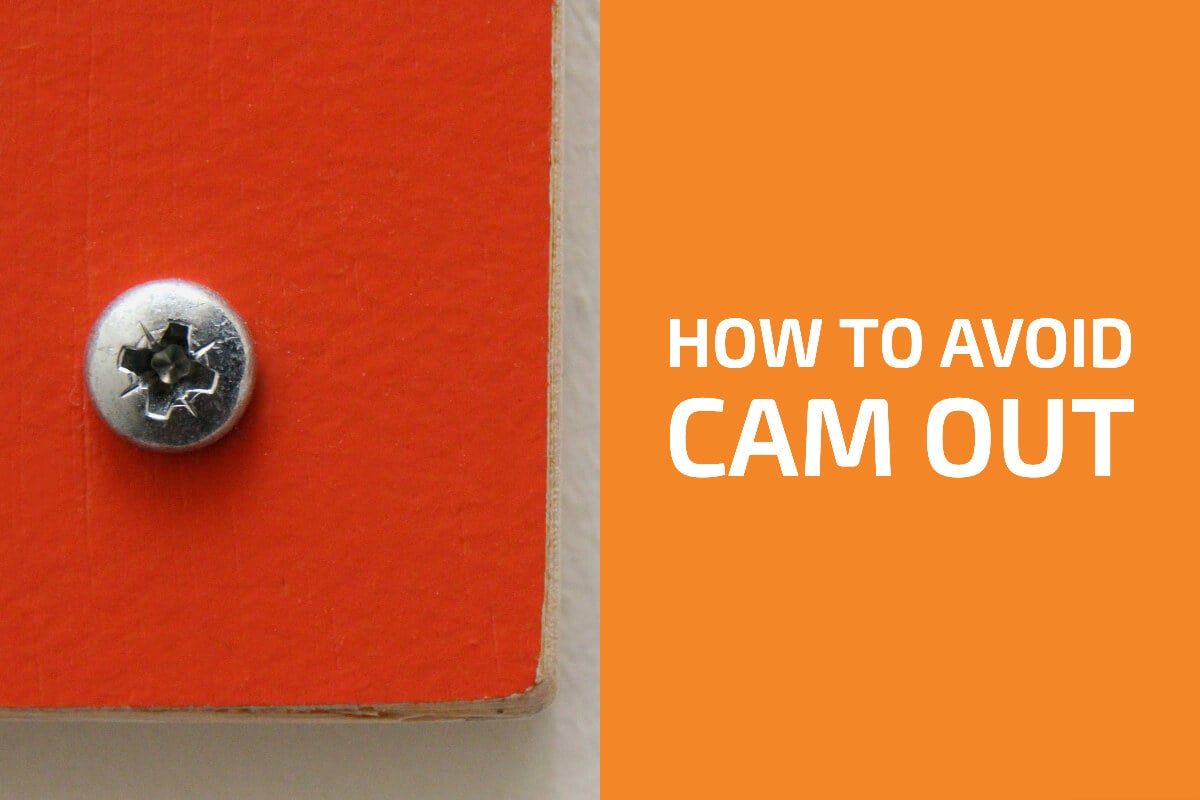 If you ever stripped a Phillips screw or had a driver slip out of the screw drive, you surely know what a cam out is.

In this article, I will talk a bit about what causes it, how to best avoid it regardless of the screw type you are using, and which screw head type to choose if you have that flexibility and want to avoid the phenomenon as much as possible.

What Is Cam Out and What Causes It?

To start with a definition, cam out is what happens when a screwdriver is pushed out of a screw head while being turned.

It can cause the screwdriver to unintentionally slip out of and damage (strip) the screw, or even damage the work-piece. A cam out also carries the risk of injuring the person driving the screw and so, it should be avoided as much as possible.

The problem mainly occurs with conical screw profiles, such as with the Phillips head.

With such screws, the cross recess is tapered towards the center and the tip of the screwdriver is also tapered. When the screwdriver is turned, force is applied laterally which causes the tip to be pushed outwards. This leads to issues such as breakage of cross recess, groove collapse, and tool tip crushing.

3 Best Ways to Avoid Cam Out

One way to counteract the tendency of a screwdriver camming out is to increase the downward pressure put on the screwdriver, but there are also other methods to deal with this problem that I will talk about below.

1. Use the Right Tool (of the Correct Size)

By always using the right tool or screwdriver for the screw size, cam out can be largely avoided.

First, make sure that you are using the right type of screwdriver. In other words, don’t try to tighten a Phillips (+) screw with a slotted (-) screwdriver or similar. Also, make sure to match the size of the screwdriver to the screw by checking the sizing on the side of the box.

A #2 Phillips head will require a #2 Phillips driver to ensure a snug fit and hassle-free driving.

Another thing to keep in mind is the quality and condition of the screwdriver’s or bit’s tip. The better the tool, the less undesired movement there will be. In case there is a bit of play when wiggling the bit, try a driver that’s one size larger.

Examine the bit for wear and tear as bits can get dull and less effective over time. Worn bits will cam out easier than new ones. Consider getting a screwdriver that is coated with diamond dust to minimize slippage out of the screw as well.

2. Use the Right Screw for the Job

While using the right tool can help avoid cam outs, another proven technique is to simply select a good screw type. Several screw styles are available that can greatly help avoid the issue.

For example, square, star, hexagonal, and Torx drives have a greater surface area and grip to avoid stripping out and transfer torque better.

Since Torx screws lack the tapered recess and four points of Phillips screws, they are almost impossible to cam out as long as the screwdriver is correctly aligned which brings me to the last point… 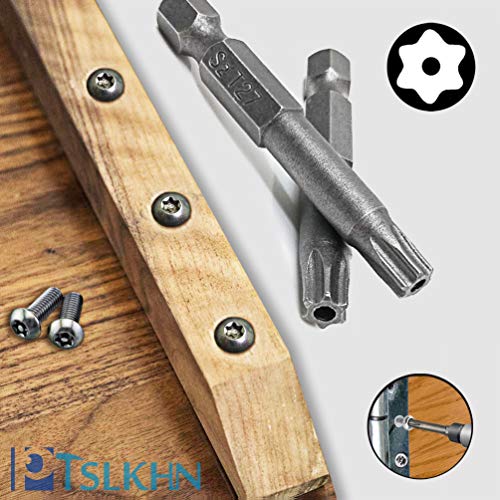 In order to prevent a cam out, it is essential to keep the screwdriver or tool bit properly balanced and aligned with the screw’s axis. The bit needs to be completely vertical to the screw’s head, as any tilting will transfer force unevenly, eventually leading to a cam out.

If using a handheld screwdriver, the recommended ratio of pushing to turning force is roughly 70 to 30. This provides the right balance between pushing to keep the bit engaged and turning to drive the screw in the desired direction.

While the most commonly used Phillips screws are some of the most prone to slippage and cam outs due to their tapered design and four corners, there are many screw designs that have largely overcome this problem.

The simple, slotted screw drive is one of the least prone to cam out. However, it has other issues like not being suitable for use with power tools due to its inability to self-center the screwdriver bit.

Other types of screws – like hex, square (Robertson as they are known in Canada), and Torx – are less prone to cam out than Phillips bits as well. That’s because of higher transmission efficiency of torque they have.

In fact, Torx is one of the best screw head types to use for stress- and cam out-free driving. It has a wave profile and no square edges, minimizing stress concentration. A big advantage of its design is also the fact that less damage is caused to the screw head when being driven, and hence longer lifespan is ensured for both the tool and the screw.

Just to recap, cam out is essentially a term used for a screwdriver slipping out of a screw head while that screw is being driven. It mostly happens with Phillips screws. While originally that was by design – to avoid applying too much torque – gradually it became an annoyance in most situations.

That’s why screw types like Torx that largely avoid the problem by design have been growing in popularity.

Even then, though, Phillips screws continue to be used a lot and other screw types are not guaranteed not to cam out either. As such, it’s good to remember some easy tips that will help avoid the problem. The two most important ones are using the right screwdriver type of the right size and keeping that tool balanced while driving a screw in.