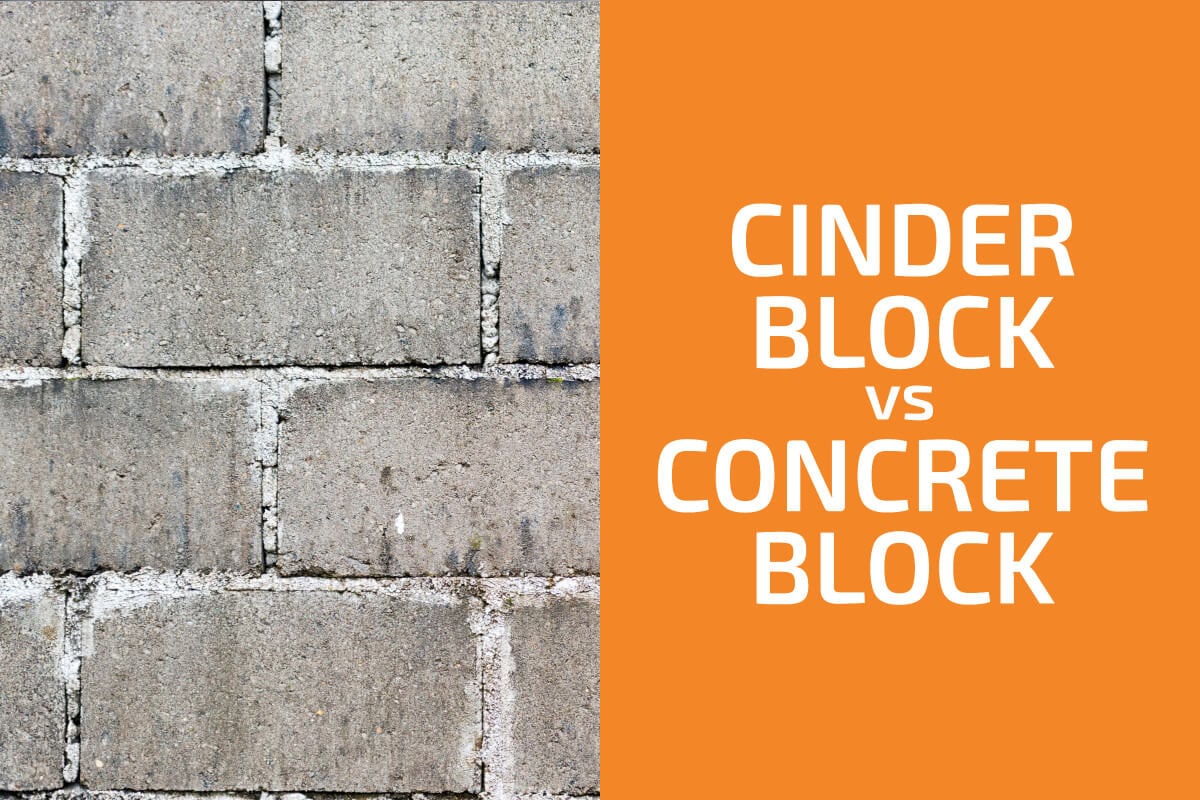 If you’re planning on building something like a wall, you have a few different materials at your disposal. Two common materials that you may use for such purposes include cinder blocks and concrete blocks.

These two may seem very similar, but there are some big differences between them. Let’s figure out what both of these materials are, what they’re used for, and what makes them different.

Before we talk about their similarities, let’s first determine what exactly these two block types are.

What Is a Cinder Block? 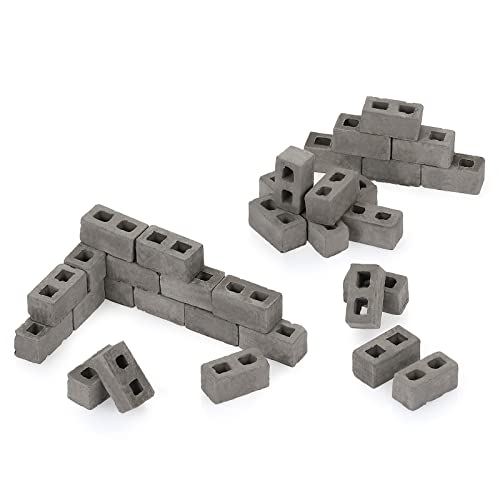 First, we have the cinder block, which is a special type of building material that is made out of Portland cement, water, and cinder. For those that don’t know, cinder is the technical term for ash that is derived from burned coal. These cinder blocks can come in a variety of sizes.

They were used much more commonly a few decades ago than they are today, although they are still often used for basic building purposes, especially when the construction in question doesn’t need to be overly durable or load-bearing.

What Is a Concrete Block?

On the other hand, we have the concrete block, which is a much more commonly used building material in today’s construction world. Concrete blocks are made out of a mixture of Portland cement, water, and aggregate, which is usually a mixture of sand, gravel, and small stones.

These blocks are extremely strong, and they come in a variety of sizes. Concrete blocks can be used for a wide range of purposes including load-bearing and structural building applications.

Similarities of Cinder and Concrete Blocks

Now that we know what they are, let’s figure out what makes these blocks similar.

A basic similarity is that both cinder and concrete blocks are common building materials. That said, at this point, concrete is much more widely used than cinder blocks. Cinder blocks were extremely popular 50-75 years ago, but not quite so much anymore.

2. They’re Made With Cement

Another basic similarity here is that both cinder blocks and concrete blocks are made with Portland cement. This is the main material in both of these building materials.

3. They Can Look Similar

To the untrained eye, it could be pretty easy to confuse cinder blocks with concrete blocks. They’re both gray and look pretty similar.

4. They Can Come in Similar Sizes

Differences Between Cinder and Concrete Blocks

Now that we know what makes them similar, let’s figure out what the differences between cinder blocks and concrete blocks are.

Due to concrete blocks not always having a hollow center, and because they are made with aggregate instead of ash, they tend to be much heavier. A solid concrete block that comes in at 8” x 8” x 16” will weigh around 70 pounds. On the other hand, a cinder block of the same size, which has a hollow core, is going to weigh well under 30 pounds.

As we have established by now, concrete blocks are much denser, heavier, and more solid. Moreover, due to their composition, they’re also much stronger. Concrete blocks are far more durable than cinder blocks, and they also have greater tensile strength. They can handle more pressure and can bear much more weight as well.

Due to the composition and the porosity of concrete blocks, they are much more weather-resistant and water-resistant than cinder blocks.

Concrete blocks are much more common and available than cinder blocks are. Cinder blocks were widely available and mass-produced until about 50 years ago, but not really anymore.

Although both of these building materials were initially used for the same purposes, due to the lack of strength of cinder blocks, in today’s world, they are generally used for very small projects such as fireplaces and fire pits, landscaping, and non-load bearing walls. Concrete blocks, on the other hand, can be used in all sorts of construction projects whether small or large, for load-bearing purposes, and for landscaping too.

If you go for the highest quality options, you can spend up to $1.90 on a cinder block or about $2.11 on a concrete block of the same size.

Are Cinder Blocks Still Made?

Although you may still be able to find them in some places, as some retailers or manufacturers may produce them in small quantities, cinder blocks are not readily available anymore. They haven’t been mass-produced for at least 50 years.

Cinder Block vs. Concrete Block: Which of the Two Should You Use?

If you plan on doing a really small project, making a shed wall, doing some landscaping, making a flower bed, or a fire pit, then a cinder block is a great building material. However, due to its lack of overall weather resistance and tensile strength, a cinder block is not ideal for load-bearing applications.

If you are doing massive constructions, pouring foundations, or doing anything that needs to be strong and load-bearing, then it is a concrete block that you need.

You should now have all of the information you need to make an informed decision about whether you should use cinder blocks or concrete blocks.