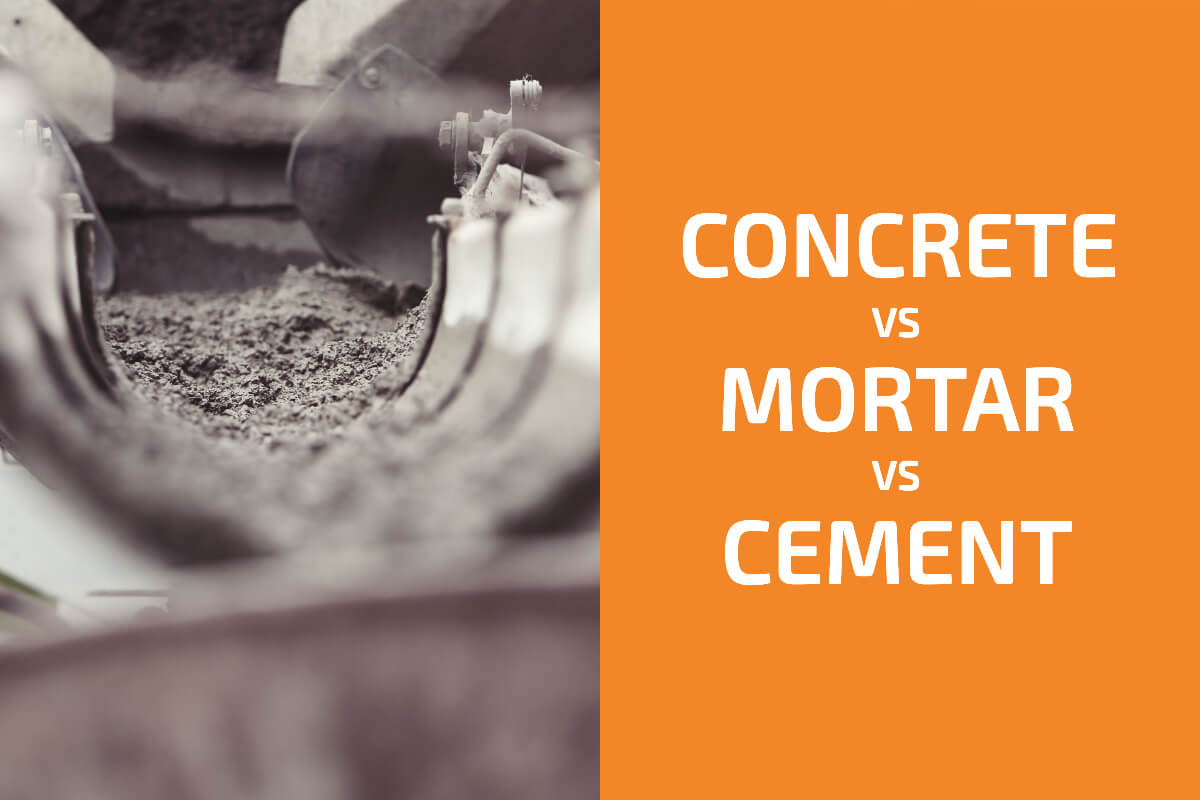 Cement is everywhere, from the sidewalks we walk on to the buildings we live in…or is that concrete? If you’re not familiar with the difference, you’re not alone. For decades, concrete and cement have been used interchangeably to refer to the inorganic binder substance that is used in construction work all over the world.

But just because these two terms are used interchangeably does not mean that they are the same in practice. In fact, concrete and cement are noticeably different, not least when it comes to their material composition. At the same time, both concrete and cement are also different than mortar, another similar binder substance used in masonry work that looks and acts like concrete at first glance.

Whether you’re starting in the construction industry, planning a DIY project, or are just curious, it’s important to know and understand the differences between concrete, mortar, and cement. This guide will explain the differences by discussing each substance at a basic level, as well as outlining each material’s regular applications.

Cement vs. Concrete vs. Mortar: The Basics

At a basic level, cement is a fine grey powder that, when mixed with water, precipitates a chemical reaction that causes it to “set” or harden. During this process, cement adheres to other objects, which in turn creates a bond that is like a manmade stone. As such, cement sees a lot of use around the world, including in nearly all modern construction projects.

At a chemical level, cement can be separated into two camps: hydraulic and non-hydraulic. These differences highlight whether or not the cement mixture is able to set in a wet environment.

To that end, non-hydraulic cement is usually made up of limestone, clay, and silica, which all chemically react to the presence of water. As that water evaporates while setting, the mixture oxidizes and the material’s solid structure forms.

Meanwhile, hydraulic cement (also widely known as Portland cement) is made up of four special minerals: alite, belite, tricalcium aluminate, and brownmillerite. When mixed with water, these minerals chemically react with one another and begin to set on their own accord. As such, Portland cement does not require a dry environment to set due to the lack of need for evaporation in the setting process.

Generally speaking, cement is not usually used by itself. Often, it is used as the main ingredient in concrete, as described below. That said, it is still routinely used on its own in many decorative structures and surfaces that will not bear a great deal of weight. 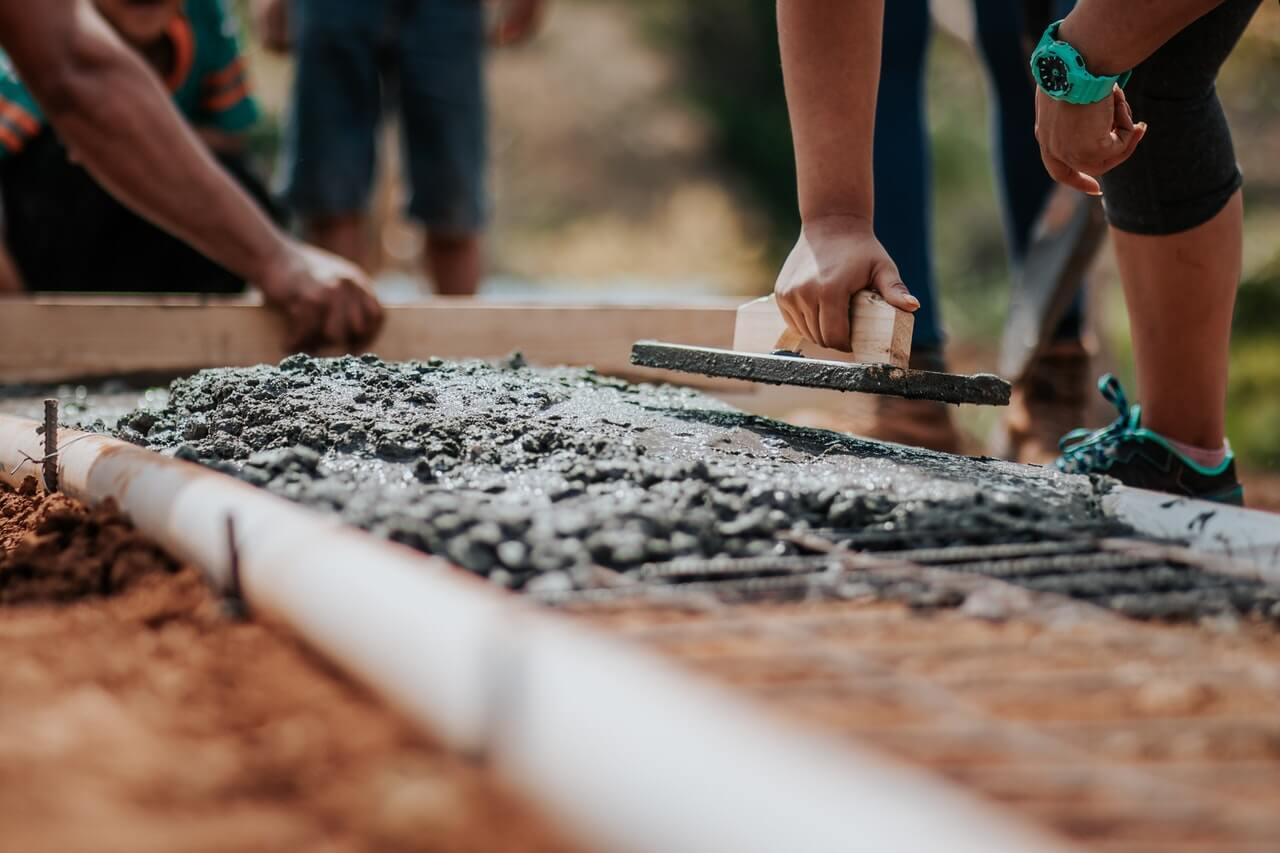 Concrete is very much like cement in its basic appearance and application. In fact, concrete utilizes cement in its composition. But it is made different through the inclusion of one critical ingredient, so-called “course aggregates.” Most often, these aggregates are sand or gravel, which allow the setting cement to form a denser structure that is extremely durable.

In a large construction setting, a concrete mixture may be created manually by mixing certain amounts of cement powder and the desired aggregate. However, ready-made concrete is also widely available and usually only requires water to set properly.

This “ready-made” concrete is useful for small home improvement projects, such as anchoring fence posts. However, for large scale DIY projects (like building a small outbuilding), pre-mixed concrete can be ordered and driven to your location for use.

Mortar bears a striking resemblance to concrete at first glance. Indeed, mortar starts with the basic ingredients of concrete but then adds in more lime and fine sand in order to create a more malleable medium.

This malleability is critical because mortar is used by masons to bind bricks and other building block-like materials together. In this way, mortar is used as a kind of heavy-duty glue.

That being said, mortar is not as strong as concrete by nature. As such, it is rarely used as the sole building material in a construction project. Instead, it is usually made in batches as it is needed by a mason. These masons will usually mix their own mortar to meet the specifications of the job at hand.

DIYers can instead purchase a pre-mixed powder for use in a small home project. 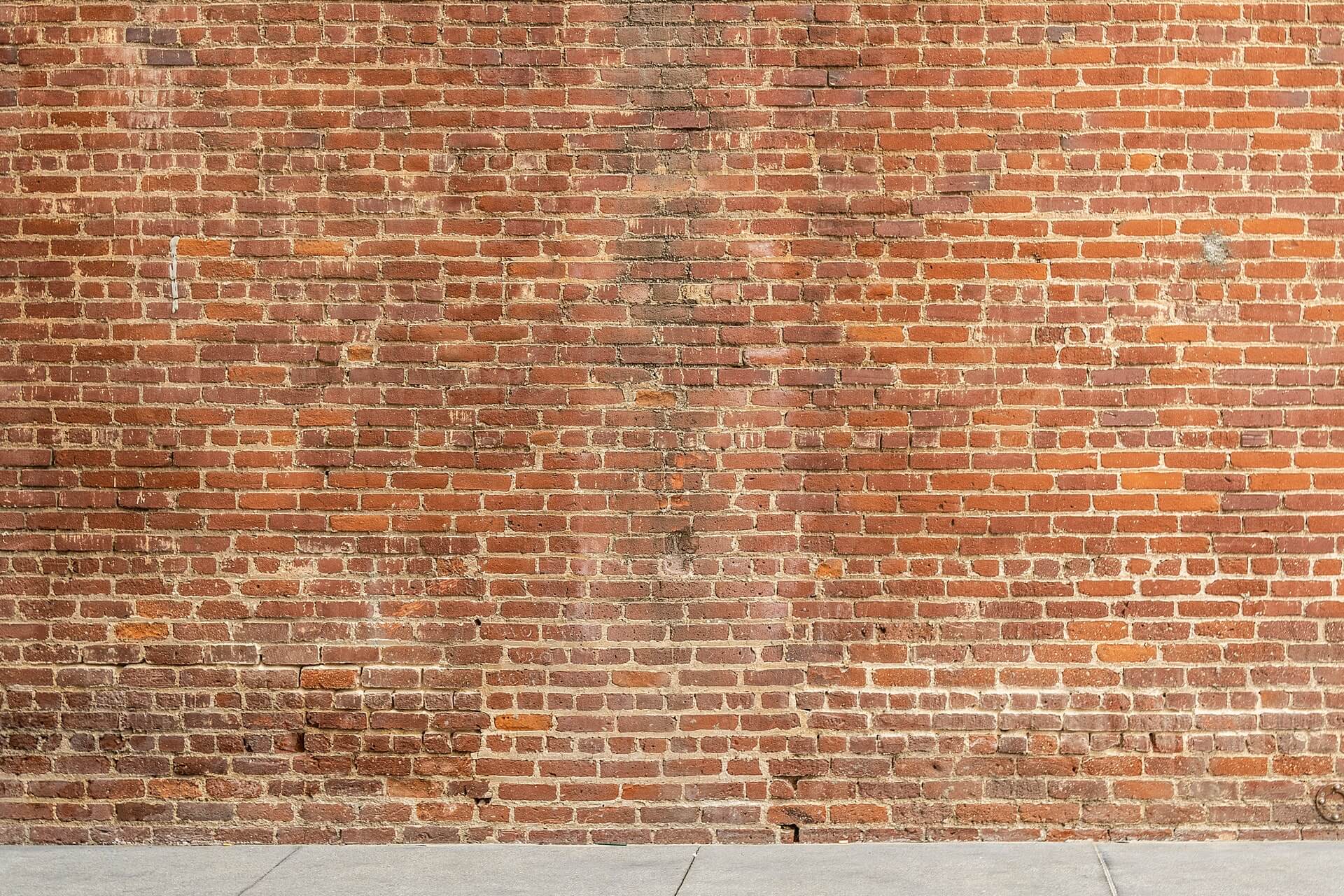 Concrete vs. Mortar: Which of the Two Should You Use?

Concrete and mortar have distinct uses that you should keep in mind when planning a construction or DIY project.

Concrete, for example, can be used for a wide variety of purposes, including creating structural pieces. This includes everything from foundations and floors to walls and interior fixtures. Also, if you plan on creating something that requires a mold (such as sidewalk-style walkway), then concrete is the way to go.

Mortar, on the other hand, is more limited in its use (though certainly no less important).

Mortar can and should be used when building a structure from bricks or cinder blocks. Using a specialized technique, mortar can be applied between each block to ensure they are all bound together in a sturdy manner.

Meanwhile, a special lime-less form of mortar called grout can be used to fill gaps in floor coverings (such as tiles) due to its more liquid composition prior to setting.

Is There a Difference Between a Cement and a Concrete Slab?

In terms of appearance, you might not immediately notice a difference between these two slab types. But over time, their compositional differences will make their differences known.

The cement slab will wear down much quicker, especially if it was regularly caused to bear weight over its years in service. A concrete slab will also wear over long periods of time but is better able to safely bear weight during its lifetime.

That’s caused by the fact that while cement is a fine powder when by itself, it becomes much stronger when combined with aggregate into the more widely used concrete.

As it should now be clear, there are numerous differences between concrete, mortar, and cement. At a basic level, all three have a different material composition. As a result, their applications and overall strength vary, including when they are used in construction and DIY projects.