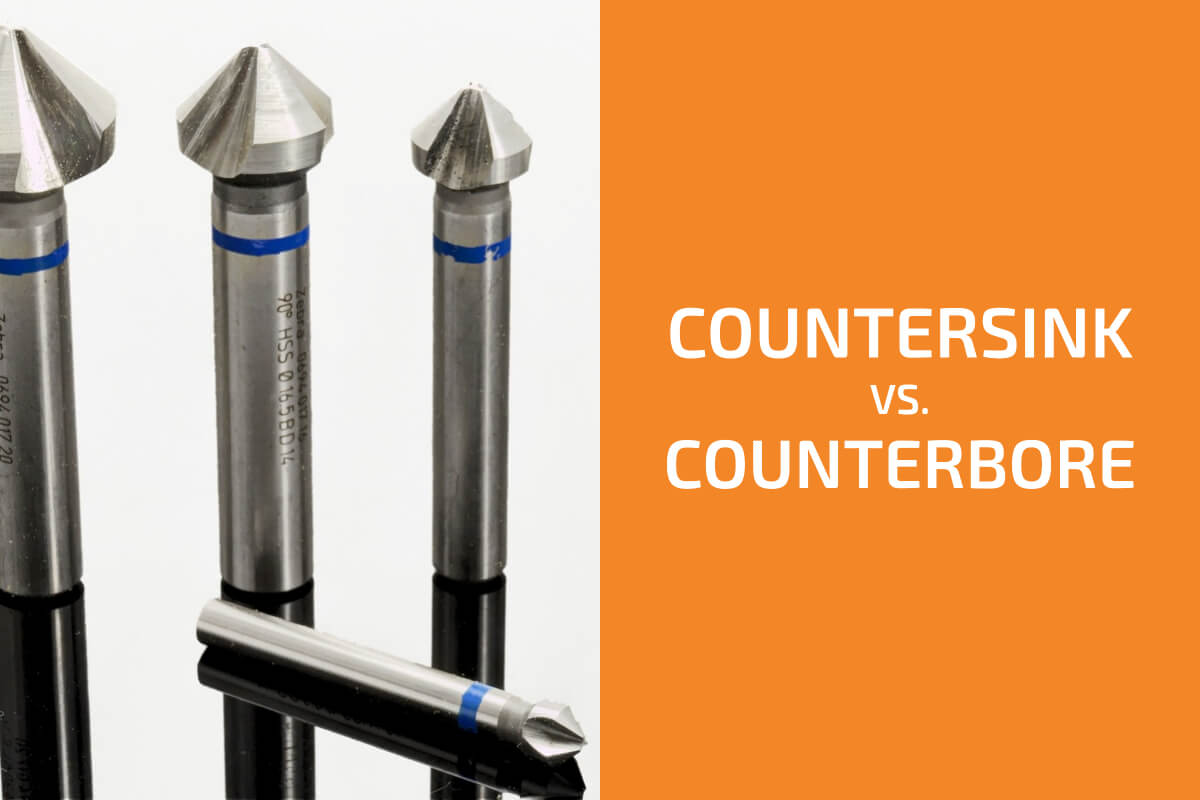 Oftentimes, terms like countersink and counterbore – and even spotface – are used interchangeably. After all, they are all meant to make screws and bolt “fit perfectly.”

However, each of the three is, upon closer look, considerably different. Below, I will take a look at those differences, as well as at the situations in which the three processes are used.

Countersinking and Counterboring: The Basics

Before jumping into the differences, let’s take a look at what defines each of the three processes.

Countersinking is the process of cutting a conical hole into a material to allow a fastener like a screw to be driven into the material deep enough for its head to be flush with (or below) the material’s surface. It also allows the screw head’s conical bottom to fit into the material perfectly.

The hole created through this process is called a countersink. It’s defined by a variety of measures including its major hole diameter, primary hole diameter, depth, and angle. All of those will vary depending on the type of screw being used.

The tools used for making such holes are often referred to as “countersinks” as well. Besides being used extensively in woodworking, they are also commonly used in manufacturing as well.

Counterboring is the process of cutting a cylindrical hole into a material to allow a head of a fastener like a bolt to be flush with or below the material’s surface.

Oftentimes, Forstner bits are used to achieve this result.

Just like in the previous case, the tools used for making counterbores are referred to as, well, “counterbores.”

Countersink vs. Counterbore: What Are the Differences?

As you can see above, both countersinks and counterbores are holes that are meant to allow fasteners to fit better than they would without them. However, there are some important differences between the two. 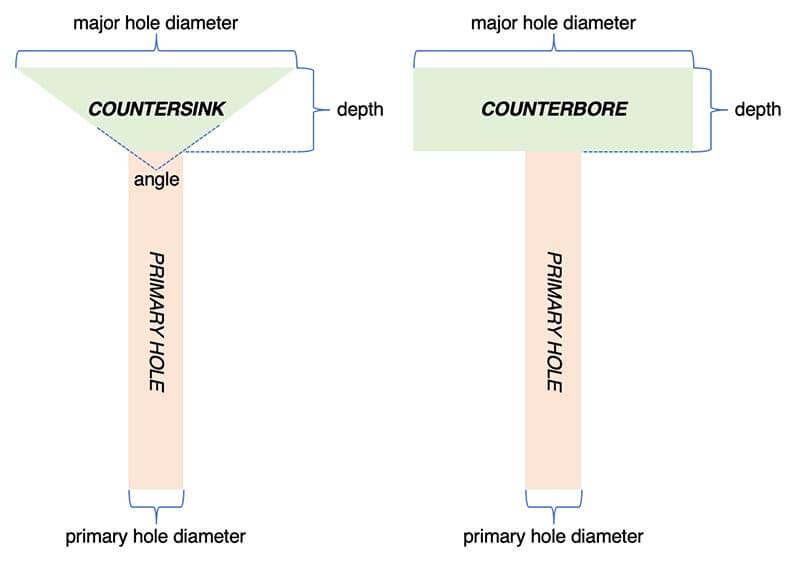 The key difference between countersinks and counterbores is their shape.

The shape of a countersink is conical. In other words, the diameter of the countersink hole is larger on the material’s surface, and narrower at the hole’s end – where it meets with the primary hole through which the fastener is driven.

On the other hand, a counterbore is cylindrical. In other words, the diameter of a counterbore hole stays constant from its top to its bottom.

Because of their different shapes, the two processes are used with different types of fasteners.

Countersinking is used with screws and other fasteners that have heads that are conical on the bottom.

Counterboring is used with fasteners that have heads that are flat on the bottom. That includes bolts and screws with hexagonal heads, fasteners used with washers, ends of bolts with nuts and caps, and so on.

In either case, picking the right process for the right application allows the bottom of the fastener’s head to sit perfectly flush with the material.

While every time a screw with a conical bottom is driven into a piece of wood or other material should be countersunk for the best possible quality of the finished product, that is not always the case.

Especially so when it comes to amateur woodworking.

The reason for that is that wood is soft enough for the screw to be “forced” to countersink itself. That said, countersinking is critical when working with PCBs, metal, and other materials that are not as flexible as wood.

Counterboring, on the other hand, is a process that is harder to get away without doing. That’s because fasteners that require counterbores have usually much larger heads than standard screws. And, as such, they cannot be “force-driven” all the way like wood screws can.

Because of that, counterboring is used widely both in amateur woodworking applications as well as in more professional settings – whether that be carpentry or manufacturing.

Both countersink and counterbore holes have an important place in both manufacturing as well as in carpentry, DIY, and other fields.

They allow fasteners to fit perfectly with the material they are being driven into. And, they prevent the fasteners from sticking out above the surface of the material.

That said, while counterboring is done by both amateurs and professionals, countersinking is much less common among amateur woodworkers since screws can easily be “forced” into the wood. That is not to say that countersinking is less important.