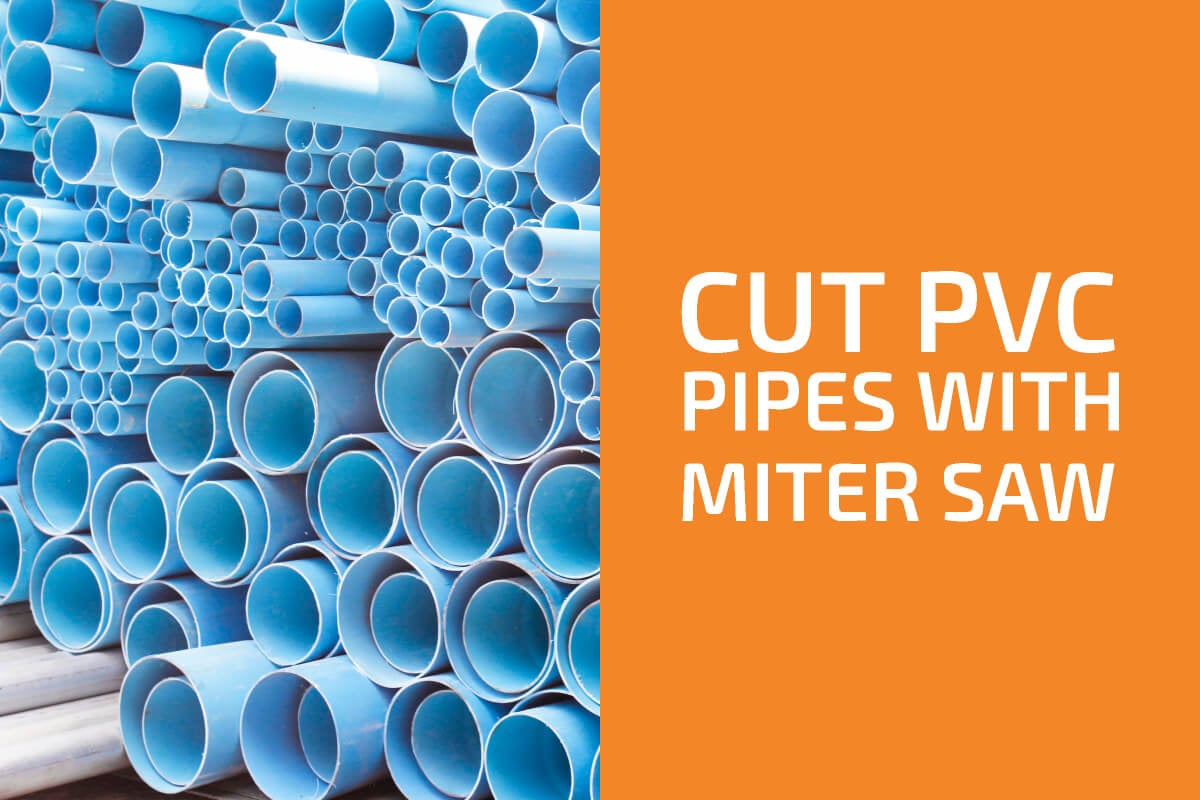 PVC piping is something that is very often used in plumbing, although it does of course have other applications too, such as for electrical work and general construction. That said, the chances that the PVC pipes you buy are already the right length for use are very low.

Therefore, you will have to learn how to cut those PVC pipes on your own, which is exactly what we are here to teach you today. More precisely, we will talk about how to cut them using a miter saw.

Is a Miter Saw the Best Tool for Cutting PVC Pipes?

An important thing to know here is that there are actually various ways to cut a PVC pipe, or more specifically, there are various tools that you can use for this task. And yes, one of the go-to tools that many people use is the miter saw.

One reason why the miter saw is so widely used for cutting PVC pipes is that most contractors, plumbers, and other tradesmen all have this tool in their arsenal. It’s very common and quite versatile too.

However, is it the best option for this task? What are the other tools you can use? 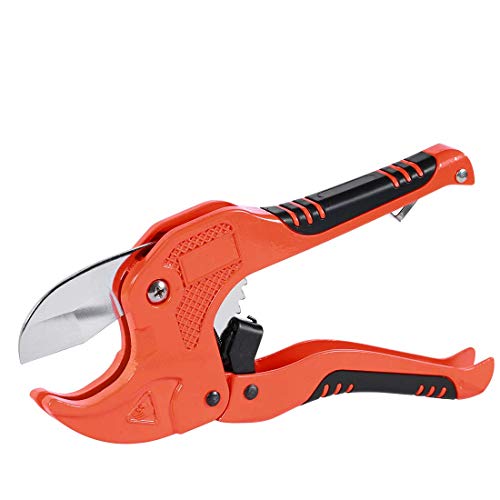 Admittedly, a miter saw is not the number one choice for cutting PVC pipe. In fact, the most popular and most widely used tool for this task is a PVC pipe cutter. As you can probably tell by the name of this tool, it is designed specifically for this purpose, and yes, it is generally considered to be the fastest and easiest way to cut PVC pipe.

Another way to cut PVC pipe is with a simple hacksaw. The results produce by a hacksaw may be a little messy and uneven, although if you get a bit of practice in, it shouldn’t be too hard. That said, you will have to use a good bit of muscle and time to cut every single piece of pipe.

This leaves us with the miter saw, and yes, this is also a good tool to use for cutting PVC pipes. It’s definitely better than a hacksaw and some would say that it’s just as good as if not better than a PVC cutter. The advantage that you get from using a miter saw is that it’s powered. In other words, you don’t have to use your muscles to get the job done.

Miter saws also have the advantage of being able to set the angle and just move the blade down through the pipe as it spins at breakneck speeds, resulting in very accurate cuts.

However, due to these blades being serrated, you might end up with some burrs on the pipe. You can minimize that negative side by using a very fine tooth blade, though.

Also, keep in mind that a standard miter saw will work well to cut PVC piping using a straight 90-degree cut. However, if you want to be able to cut your PVC pipe at various angles, both to the left and right, you will want to get yourself a compound miter saw.

How to Cut a PVC Pipe with a Miter Saw

Alright, so now that we have learned about the different methods of cutting PVC piping, let’s go through a step by step tutorial on how to do so with a miter saw. This method is quite fast and easy.

The first thing that you need to do when cutting PVC pipes with a miter saw is to equip the right blade. Remember, if you use a coarse or large-toothed miter saw blade, you will end up creating a lot of burrs and more or less shredding your pipe.

To achieve the best result, you want to use a very fine-toothed blade. The more teeth your blade has, and the smaller the teeth are, the better the result will be. Your saw blade should have at least 4 or 5 teeth per inch, if not more.

Step 2: Choose the Angle of the Cut

The next step here is to set your miter saw to the right angle.

For the most part, you will probably be cutting the PVC pipe at a 90-degree angle, so just keep the saw blade in the original 90-degree position. Remember that compound miter saws allow you to adjust the angle of the blade to a certain angle both to the left and to the right.

For instance, if the pipe needs to connect to another pipe at a 90-degree right angle, you will need to cut the pipe with the blade at a 45-degree angle. So, make sure to do your measurements first.

Step 3: Mark the Pipe and Hold it Firmly

All you need to do now is to mark the pipe in the location where you want to make the cut. Then, place the pipe on the miter saw, with the length of it resting against the guard.

Be sure that the pipe rests against the guard so that it cannot move or shoot away from the base when you make the cut. Hold the pipe firmly.

The final step here is to turn the saw on, activate it, get the blade up to full speed, and move it down through the pipe.

If the blade gets stuck in the pipe, turn the saw off and wait for the blade to stop moving. Then repeat the step to complete the cut.

Step 5: Sand It Down

If you find that your PVC pipe has burrs on it after making the cut, just use a bit of sandpaper to sand them off.

Of course, you can skip this step and save yourself some time if those burrs won’t affect the task you’re doing.

Let’s quickly go over some important tips to make this process as easy and safe as possible.

There you have it, folks. Although a PVC cutter is probably the better tool to be using for this task, using a miter saw is more than doable. In fact, if you need to cut many pipes in a row fast, this might be the preferable option.

Just be sure to follow all of the steps and tips that we have gone over today, and you shouldn’t have a problem.