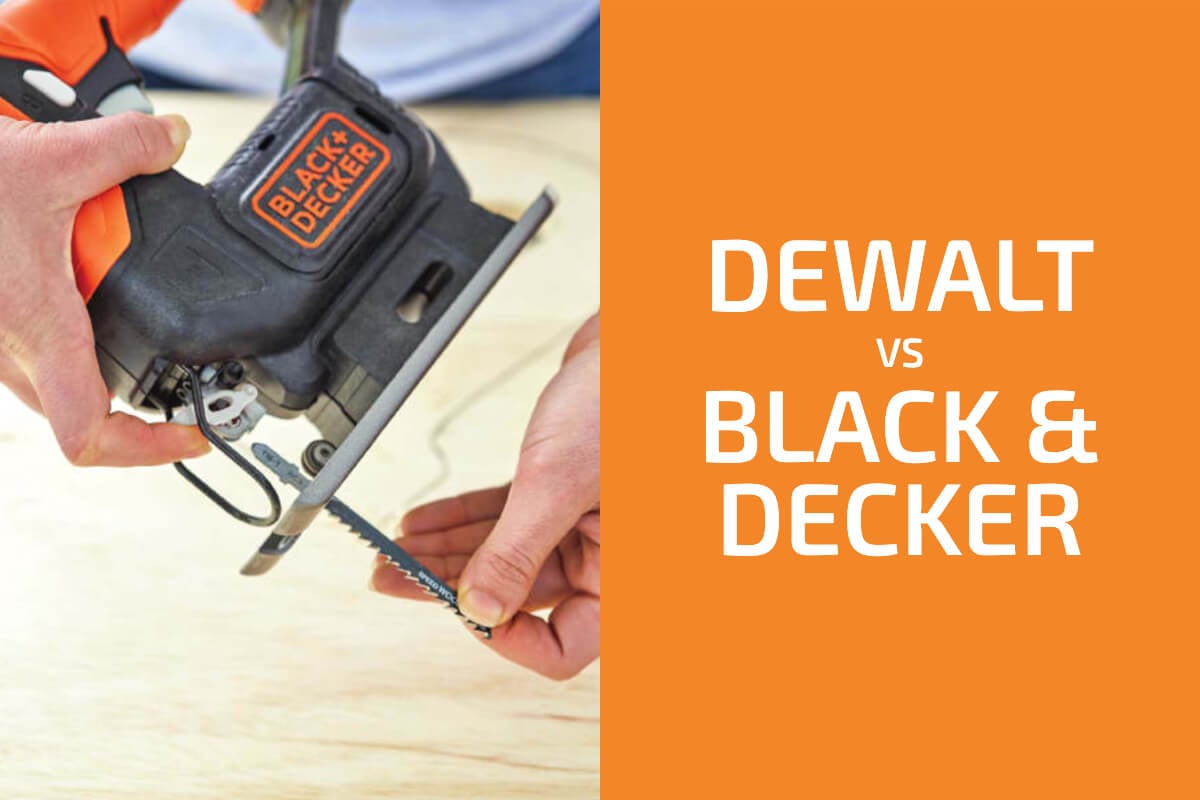 Being roughly the same age – and now owned by the same company – Black & Decker and DeWalt are two of the world’s best-known power tool brands. That does not mean that they’re both catering to the same customer, though.

Continue reading to learn a bit about the history of the two brands, as well as to see how their quality and product portfolios compare. By the end of this article, you should have a good idea of which of the two brands is a better choice for your needs.

A Brief History of Black & Decker and DeWalt

In 1910, Black & Decker opened its doors in a small shop in Baltimore, MD. It was initially dedicated to making the world’s first portable power tool. They continued on and grew their product portfolio, implemented their aggressive sales strategy, and ultimately became a household name in the 1950s.

About a decade after B&D’s start, in 1924, DeWalt began operating. They opened their shop in the neighboring state to B&D – in Leola, PA. Both companies were named after their founders since both started as small family companies.

Similar to Black & Decker, DeWalt catapulted their company with the invention of a new tool – a radial saw arm for woodworking.

In 1949, DeWalt’s company was sold to American Machine & Foundry Co. Eleven years later, in 1960, DeWalt was then sold to Black & Decker.

Under its new ownership, it went through a rebrand positioning DeWalt as the high-end brand and Black & Decker as the brand for consumers. Today, DeWalt still operates as a subsidiary of Stanley Black & Decker – one of the world’s largest tool companies.

Part of the same group as DeWalt, Black & Decker makes entry-level tools. Its products are affordable and of a good enough quality for home use.
Shop B & D on Amazon

The big shortcoming is that the construction and overall quality are usually lacking in Black & Decker products. This goes back to the brand’s decision to be the cost-efficient tool brand.

With that said, the question of which brand offers better quality is pretty straightforward. When it comes to quality, DeWalt is the better brand, hands-down.

Along the same vein, when it comes to manufacturing quality it is pretty clear-cut. Simply, it’s hard for Black & Decker to be competitive with their manufacturing at their price point. Black & Decker elects to use lower-quality materials, less thorough designs, and fewer quality considerations in the name of keeping costs low.

On the other hand, DeWalt has a much higher price point. This means you get more of the features that Black & Decker is lacking. With DeWalt, you get better manufacturing quality.

DeWalt offers a 3-year limited warranty on their cordless drill. They don’t have any contingency for how the drill was used. 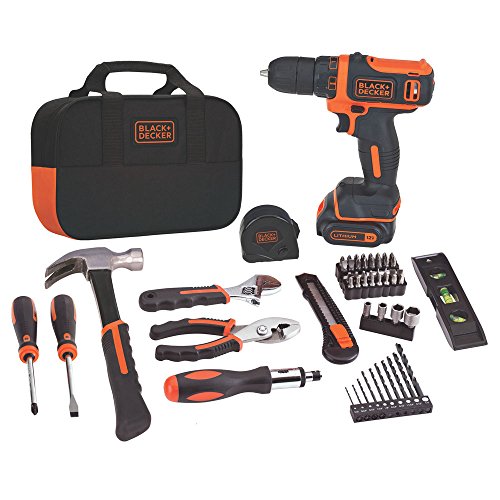 DeWalt vs. Black & Decker: Which Has a Better Product Portfolio

Black & Decker’s product portfolio was designed for the hobbyist. Their tools are generally just used around the household. They offer standard power tools like drills, cordless screwdrivers, saws, and sanders.

They also offer a line of lawn and garden items, consisting of lawnmowers, leaf blowers, hedge trimmers, and edgers. Additionally, they sell small kitchen appliances, vacuums for home use, and batteries.

DeWalt, on the other hand, is a brand geared towards semi-pro and serious tool hobbyists.

It is clear that from both a quantity and quality perspective, DeWalt has a better product portfolio. They offer way more products and most of their products are of a higher quality than B&D. 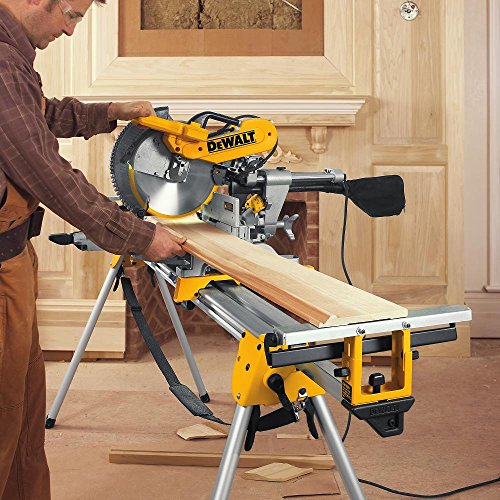 The two brands offer very different tiers of tools and equipment. DeWalt offers mid- to high-end tools, and Black & Decker offers low-end tools. That being said, it’s not a straightforward choice between the two.

If you need tools for longer-term use and you can afford the upgrade, DeWalt is a no-brainer. With most things, you pay for what you get. If you are a more serious tool user or looking to pay for a nicer tool, you should consider DeWalt or even a better brand like Makita or Hilti.

Black & Decker has a clear advantage with its price point. The brand is designed and marketed to be an inexpensive alternative to other tools. If you are a hobbyist or just need a tool for a one-off project, you should pick Black & Decker.

Even though the two brands have similar origins and are now owned by the same company, their products are very different.

Black & Decker is a brand targeted at the casual consumer, the homeowner. Its tools, while decent for their price, are not as well manufactured as their DeWalt counterparts. Its warranty is not as long – and it becomes void if the tool is used outside of “own use.”

As such, you should only go with Black & Decker if you are a hobbyist looking to get started or if you need to get stuff done around the house every now and then.

If you are a serious hobbyist or a semi-pro, you should opt for DeWalt instead. Before committing yourself to the brand, you should also look at the other well-known power tool brands.

Among others, Hilti, Makita, and Milwaukee are well-worth having a look at.

How Do DeWalt and Black & Decker Compare with Other Brands?