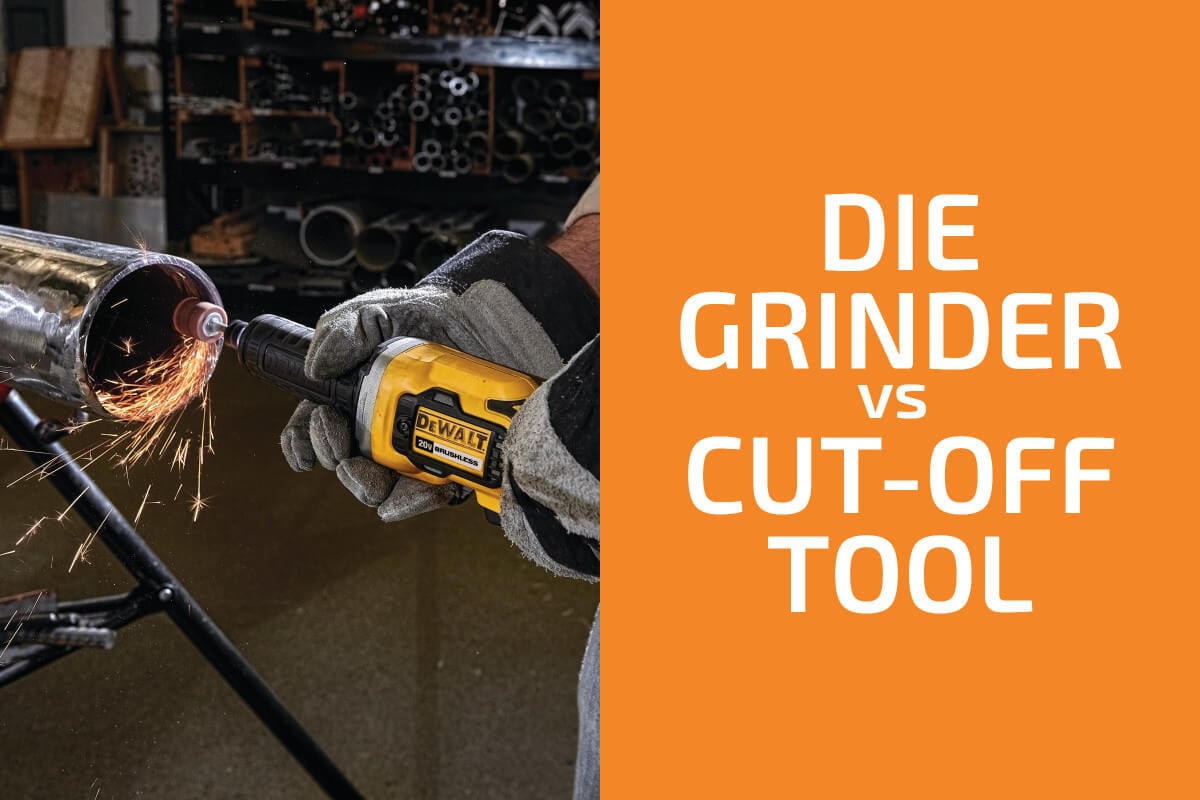 If you want to work with metal, you will need to have the right tools for the trade. Two very common ones that you will encounter are die grinders and cut-off tools. Although both are similar at first sight and have some overlapping functions, they are considerably different too.

With that, let’s figure out which of the two tools better suits your needs – or if you need to buy both.

Before we get into talking about the similarities and differences between these two tools, let’s first figure out what they actually are.

What Is a Die Grinder? 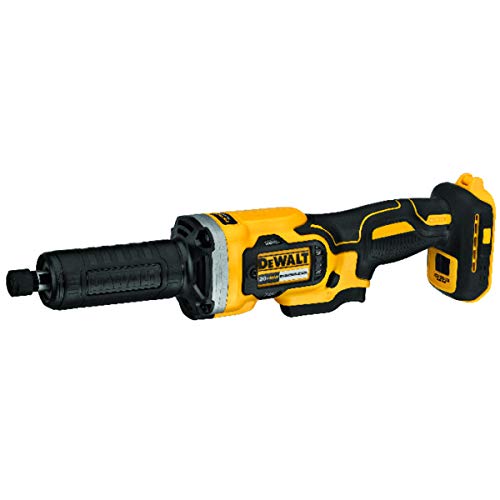 A die grinder is a specific type of rotary tool, and in fact, it more or less looks the exact same as your average rotary tool or Dremel, although just a little bit bulkier. Die grinders are very simple but powerful tools that feature various sizes of extra tough grinding heads on the front, and they are generally used to grind metal, but can also be used for other materials.

Due to the huge power and high RPM speeds that these die grinders feature, they are ideal for smoothing out rough edges and polishing materials, mainly metal, but can technically be used for virtually any type of material out there. Keep in mind that there are both electric and pneumatic die grinders.

What Is a Cut-Off Tool?

A cut-off tool does look similar to a die grinder, as well as to a rotary tool. Now, instead of a grinding disc like die grinders have, cut-off tools have cutting discs. As you can probably tell, a cut-off tool is designed for cutting through metal. On that same note, a cut-off tool can actually also be used to sharpen metal as well.

Now that we know what both die grinders and cut-off tools are, let’s start by zooming in on their similarities.

#1: Both Are Small and Lightweight

One of the most basic similarities that these two tools share is that they are both relatively small and lightweight, usually weighing no more than a few pounds. Generally speaking, although it does depend on the person, both of these two tools can be used one-handed.

#2: Both Are Designed to Work with Metal

Both of these tools were first designed to be used with metal. As you will see, one of these tools can work with more than just this material, but generally speaking, metal is what they were designed for.

#3: Both Spin in Continuous Circles

Although both of these tools use different types of heads to achieve their specific tasks, the simple reality is that both spin in a circle. When it comes down to it, both of these tools are extremely similar to rotary tools in terms of how they function.

#4: Both Have Lots of Power and Speed

Metal is of course a very tough material, which means that both die grinders and cut-off tools have to be extremely powerful and operate at very high speeds. These are some of the fastest-moving tools out there.

#5: Eye Protection Is a Must

Working with metal is always dangerous in the sense that there are burning hot sparks shooting everywhere, which means that for both of these tools, you absolutely must wear eye protection. 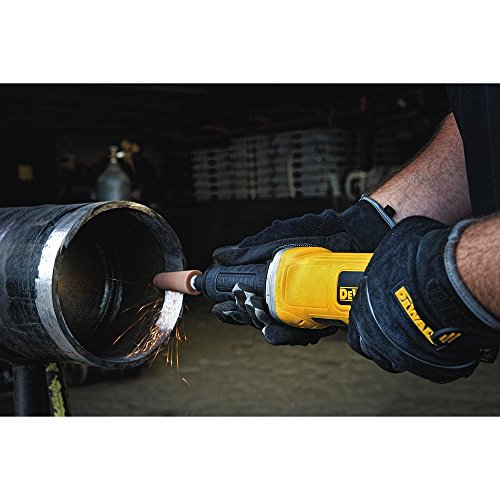 With the similarities out of the way, let’s jump into the differences.

For the most part, cut-off tools are really only used for cutting and sharpening metal but are very rarely used for other materials. Die grinders, on the other hand, although technically designed for metal, can handle virtually any type of material.

Another main difference between these two tools is that cut-off tools come complete with guards or shields that help to stop the sparks from flying into your face, whereas die grinders usually have no such guard or shield.

Although it does depend on the exact model in question, for the most part, cut-off tools are a bit smaller and lighter than die grinders. Although die grinders do technically allow for one-handed use, they can sometimes be too big for some people to use with a single hand.

Although you can find both tools for about the same amount of money, for the most part, you can expect to spend more money on cut-off tools than on die grinders, especially if you get an air-powered cut-off tool. Of course, the cost does also depend on the brand name in question. 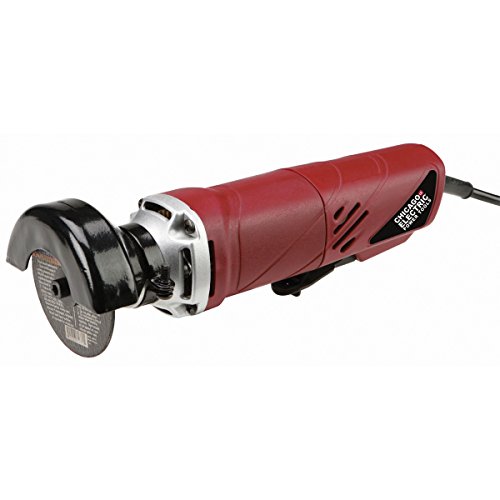 Now that you know what the fundamental differences between die grinders and cut-off tools are, you can make an informed choice as to which one to use for specific tasks.