Depending on the kind of projects you take on as a professional or as a DIYer, you might find yourself in need of a rotary tool. These are designed to make a variety of physically-intensive and time-consuming tasks – such as grinding, polishing, and sanding – much easier and more efficient. As such, they’re a must-have part of any competent craftsman’s tool kit.

However, rotary tools are more of a tool class, rather than a specific tool you’d pick up at the hardware store. In fact, if you did ask for one at a hardware store, you might then need to pick between a Dremel and a die grinder. Both are well-known tools that can often accomplish similar tasks in the field.

But still, they have noticeable operational differences that you should know about before investing in either.

This guide will walk you through some of those key differences while explaining how those differences impact each tool’s productivity. In this guide, you’ll also pick up some insights about choosing either tool based upon the kind of tasks your line of work calls for. In the end, this guide will help you succinctly decide whether a Dremel or a die grinder is the right rotary tool for you.

Die Grinders and Dremels: The Basics

If you’re new in your line of work or you’ve decided to take up a new DIY project, there’s a chance that you haven’t used either of these tools before. So, before we start to look at their differences, let’s examine the die grinder and the Dremel at a basic level.

What Is a Die Grinder? 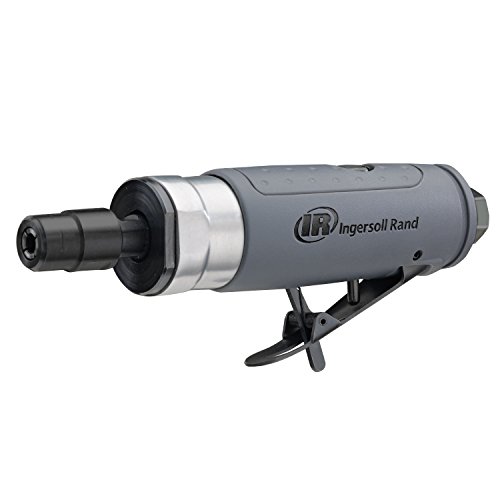 Die grinders can be a bit difficult to define, even among professional users of the tool.

That’s because they bare a very similar form factor and operation style to a common implement known as a “rotary tool.” However, these two tools are usually differentiated based upon their power source. To be specific, a die grinder is usually pneumatically-driven while a common rotary tool is electrically-powered.

Besides this, though, a die grinder looks like the top half of a power drill. In terms of their use, these tools are handheld in nature and allow a user to perform a variety of tasks using their rapidly rotating end-mounted collet. To that end, a die grinder is able to grind down or sand materials with an abrasive bit, while a small drill bit would allow for machining.

You can even lap and hone with this tool, so long as you have the right attachments.

What Is a Dremel? 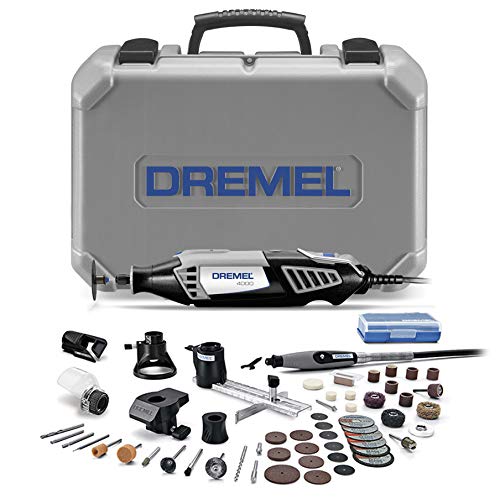 As is the case with many other genericized trademarks, a “Dremel” is two different things at once.

First, there is a “Dremel,” which is a rotary power tool created by the Dremel brand. This tool originated the entire class of powered rotary tools known as “Dremels,” which are sold by a variety of brands today.

Regardless of who they are made by, a modern Dremel has a few distinguishing features. This includes a compact form factor that still provides room for a resilient, high-powered motor. Most of this motor power is used to spin the unit’s collet, which can rotate a variety of attachments at up to 35,000 RPM.

Their smaller size also makes them ideal for completing detail-oriented work, be that sharpening, cutting, routing, or engraving.

Die Grinder vs. Dremel: What Are the Differences?

Now that you know the basics, let’s take a look at the major differences between the two.

By comparison, the die grinder is on the larger side. Of course, it is still a handheld tool by nature. However, it can become a bit bulky when using it for extended periods of time. Its size also makes it less ideal for completing detailed tasks efficiently.

In terms of core power, you’ll also observe some noteworthy differences between a Dremel and a die grinder. Between the two, the die grinder is the preferred tool for those looking to maximize their grinding potential.

That’s because more of a die grinder’s motor power is devoted to creating torque. This in turn allows these tools to remove more material in a concise time period.

A Dremel tool is not weak, by any means. However, its average motor size and resulting torque power simply do not measure up to a die grinder. As such, it’s not as suitable for completing heavy-duty grinding jobs on its own. 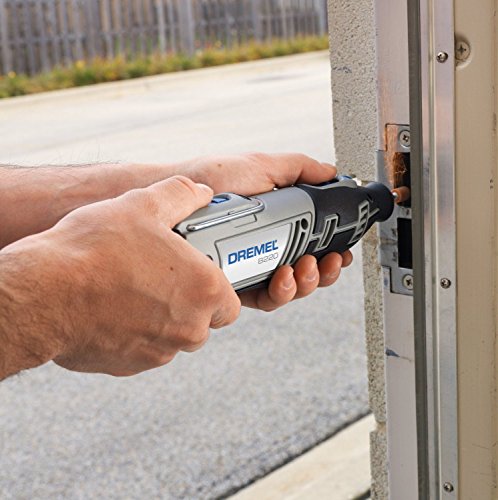 As you might expect, the Dremel and die grinder also differ when it comes to their average rotational speeds. However, you may not have expected the Dremel to be the faster of the two.

As it turns out, these compact tools direct more of their motor power to their rotational momentum. As a result, an average Dremel can achieve and maintain operational speeds between 5,000 and 35,000 RPM.

A die grinder can still operate with some noteworthy speed. But in practice, it pales in comparison to its smaller counterpart. To that end, most die grinders cap out at 25,000 RPM. That places them within a Dremel’s speed range without exceeding it.

There are some things you wouldn’t know about a die grinder and a Dremel until you used them side by side.

For example, you’d only know that a Dremel tool is prone to heating up after a lot of continuous use. This can be attributed to their overall compact size, as well as their utilization of an electric power source. Models that use a battery pack are even more prone to overheating.

By comparison, the average die grinder is not nearly as prone to heating up. That’s because the most widely used die grinder models are all air-powered. In practice, that means that there are pneumatically cooled while they are being used.

This means that they can be used for longer tasks without much trouble. 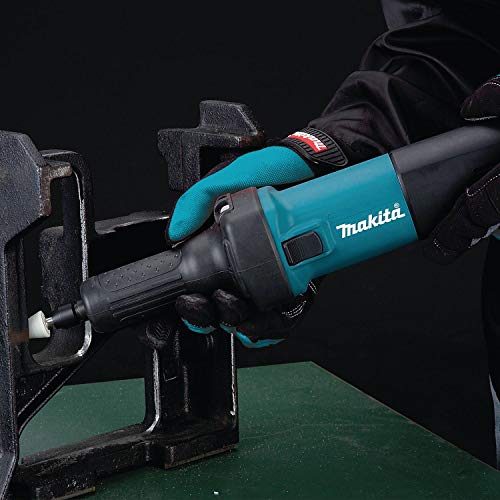 If you’re shopping on a budget, you’ll also want to know that a die grinder can often be purchased for less than a full Dremel set. In fact, you can find die grinders from many major brands for between $30 and $100.

By comparison, a Dremel brand set will cost you at least $70, if not $120 or more for a larger set of accessories.

With these tools’ key differences now in full view, you may be wondering whether you should choose a die grinder or a Dremel for your next job. Honestly, that depends on what you intend to use either tool.

For example, if your task calls for detailed engraving, routing, grinding, or sharpening, then a Dremel will best serve your needs. On the other hand, larger-scale sanding, grinding, and machining jobs will best be served by a productive die grinder.

At the same time, you may want to consider the value of your investment in either tool.

Specifically, you may want to factor in how long either tool may last, based upon the volume of use you expect to place upon it. This is because Dremel tools tend to heat up and degrade faster when they are used daily.

Pneumatic die grinders don’t suffer that same problem and are cheaper to replace if they do break down. So, they can be seen as a more cost-effective option.

There are a lot of tasks both a die grinder and a Dremel can accomplish. But when it comes to speed, power, efficiency, and more, these tools couldn’t be more different.

These differences may be enough to make you want to choose one of the other when it comes time to upgrade your power tool arsenal. When that time comes, be sure to refer back to this guide so that you can be fully certain that you are making the right rotary tool choice.

How Do Die Grinders and Dremels Compare with Other Tools?