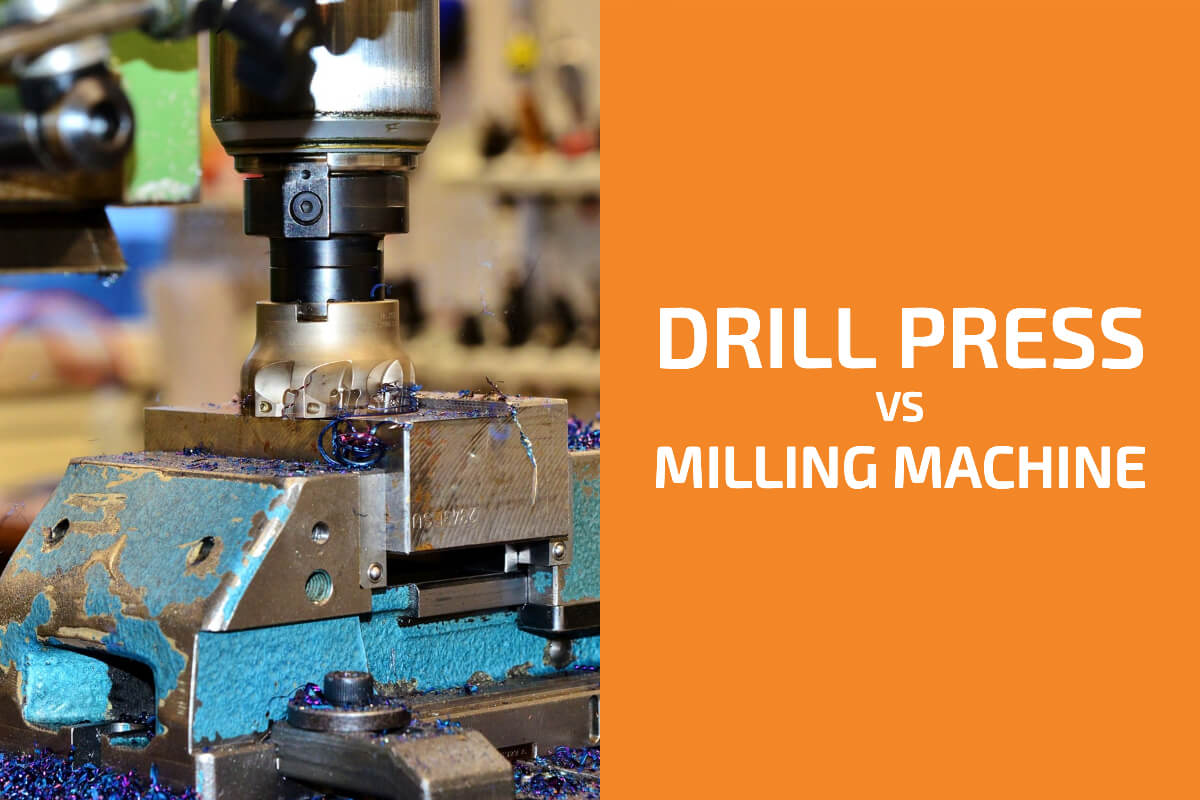 For any machinist or hobbyist manufacturer, getting the right tool is the most important part of any job. With so many choices, it’s hard to pick the right one without the proper research.

In this article, I’ll take a look at how to pick between a drill press and a milling machine. While they might seem like very similar tools, the answer isn’t as easy as you might think.

Before jumping into the actual comparison, let’s start by briefly looking at what each machine is.

First, though, here’s my favorite for each of the two types of machines.

A combined lathe and mill delivering up to 1,300 RPM.

What Is a Drill Press? 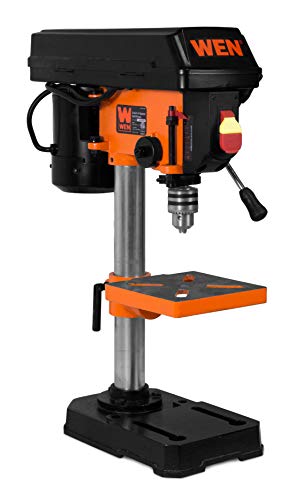 A drill press, like the WEN 4208, is an upright, fixed machine that travels on the z-axis to drill holes.

The bit is interchangeable so you can change the diameter of the holes, and there is even an option to cut square holes with a special bit. It’s a hand-operated machine in which you can control how deep you plunge the hole, and how much force you’re pushing down with. Most drill presses also have the ability to change the rotating speed.

In a drill press, the material sits under the head of the machine with a vise on top of its table. The operator can change the height of the table. To operate, a handle is cranked, moving the spinning bit straight down and cutting the material underneath.

What Is a Milling Machine? 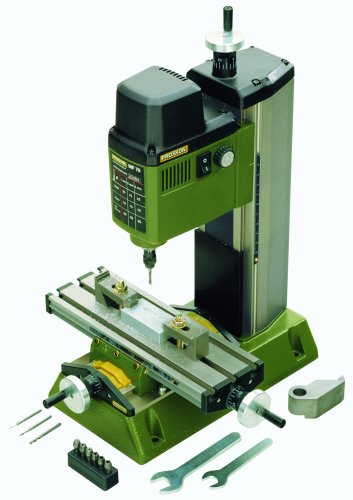 A milling machine is another stationary tool commonly found in workshops.

It has a spinning head that the machinist can insert different tools into. The tools are designed for different operations the milling machine can perform – like cutting, facing-off, drilling, or putting in a pilot hole.

The machinist puts the material in a vise on the top of the mill’s table and can crank three handles, each controlling one of the axes. Doing that, rather than moving the head, moves the table. The machinist can then set the rotating speed of the machine and crank another handle to plunge the head straight down towards the workpiece.

Drill Press vs. Mill: What Are the Differences?

The differences between a milling machine and drill press mainly have to do with the motion of either machine.

Since a drill press can only translate up and down, it cannot cut along the faces of a workpiece.

On the other hand, as the milling machine can do this, it can be used to make faces of a material flat – called “facing-off” material, cut material to a specific overall dimension, and cut slots in material, unlike the drill press. 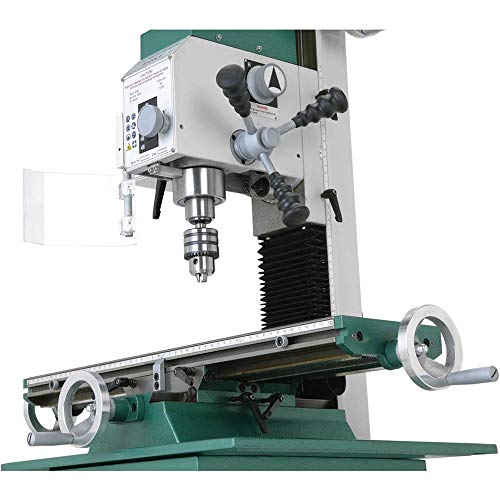 Drill presses can be made very small to be used in desktop applications. That said, there are also floor drill presses that are much larger.

Milling machines, on the other hand, are typically seen on a workshop floor, much larger in size since there are not many opportunities to use a smaller version. They are also much more accurate when it comes to the placement of features.

A machinist may elect to use a jig or fixture on a drill press, to allow them to more-consistently place similar materials for a repetitive job, but it is otherwise fairly inaccurate in terms of workpiece placement under the head.

Due to this additional capability, milling machines are much more expensive. 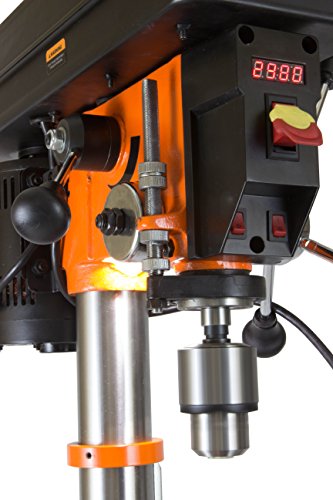 Which Tool is Better?

Milling machines are a clear choice when it comes to jobs that require precision, creating a flat piece, cutting a piece to size, or creating features or geometries other than a round or square hole.

Drill presses are the go-to tool when it comes to making quick holes that require relatively less accuracy, or when an inexpensive way to drill holes more consistently than with a hand drill is necessary.

If you have the budget, the milling machine is the better machine overall since it can operate as a drill press with no additional add-ons or alterations. It, unfortunately, takes up more space and costs more, but it can do the same job a drill press can do, plus much more.

Turning a Drill Press into a Milling Machine

Since the milling machine’s head can translate up and down, both it and the drill press can drill, bore, counterbore, and countersink holes into the material below at different depths. This means that a mill can be used as a drill press by ignoring the translation in the x and y directions.

To turn a drill press into a mill is a lot harder, though.

Since milling machines cut in the x and y direction by moving the table underneath of the head, it isn’t a far reach to imagine that you can build your own x and y guides to allow you to move the piece under the head of the drill press, but it is not nearly as precise as a milling machine.

The table of the drill press would be fashioned with x-direction slots in it, which many already have. Doing this allows the same motion used in the milling machine.

The other obstacle is that drill presses aren’t designed to allow a cutting tool in the head since they are only used for drilling holes. An additional design hack would have to occur to allow the drill press to accept a tool that’s used for cutting flat pieces like a milling machine uses.

Long story short, the effort required to modify a drill press into a mill is rarely worth it. It is instead better to invest in a milling machine or find a place where you can use one for a brief period of time.

Visiting any professional machine shop, you will most likely find both a milling machine and a drill press. In smaller-scale settings, drill presses, especially benchtop ones, are much more common.

Milling machines can drill holes, cut features, face-off material, and cut material to the correct overall dimensions. As such, they are more versatile than drill presses. That said, they also come at a much higher cost.