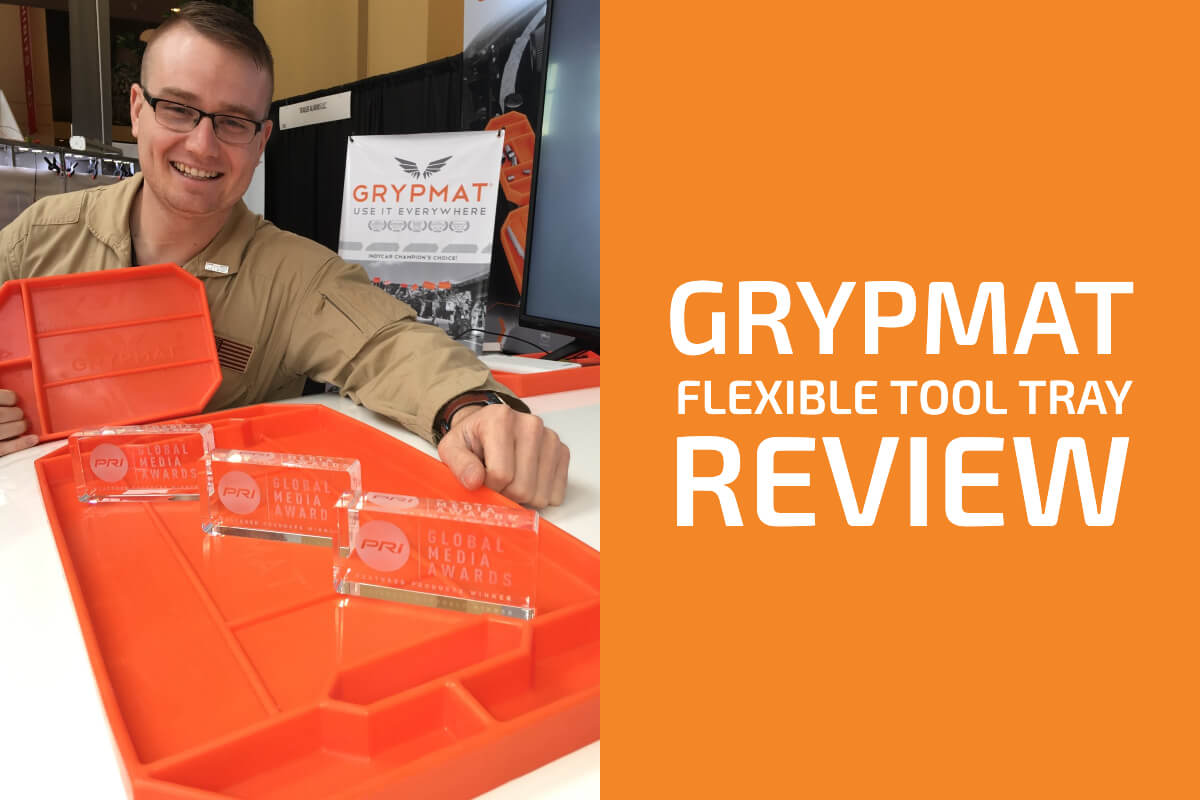 It’s not often that a product that can be helpful to handymen and DIYers appears on Shark Tank. It’s even less often that such a product gets investment from three “Sharks.” In fact, Grypmat (a flexible tool tray), is the only product to have done so – securing investment from Mark Cuban, Richard Branson, and Lori Greiner.

In this review, I’ll take a detailed look at the product – which is, among others, used by NASA and the US Air Force mechanics – to help you decide whether or not you should get one (or more) of the trays.

A flexible tool tray with a very strong grip. Featured on Shark Tank. Used by the USAF and NASA.

Grypmat is a tool tray that was invented by Tom Burden, a former U.S. Air Force F-16 mechanic. Originally designed to make the job of aircraft mechanics easier, it’s also a helpful piece of equipment for car mechanics, handymen, and so on.

What sets it apart from other similar tool trays is its flexibility and grip. Thanks to those two properties, you can keep your Grypmat by your side no matter what kind of project you are working on.

Of course, it will hold your tools organized on your workbench. It will do so just as well on a car hood, an engine, or other uneven surfaces too. In fact, its grip is strong enough to hold tools at up to a 70-degree angle. Unlike its alternatives, it can do so without using magnets.

The product is non-slip thanks to being made of silicone. Because of the material that it is made of, it is also resistant to heat (up to 500 °F) and chemicals (Skydrol, JP8, hydraulic fluid, acetone, etc.). 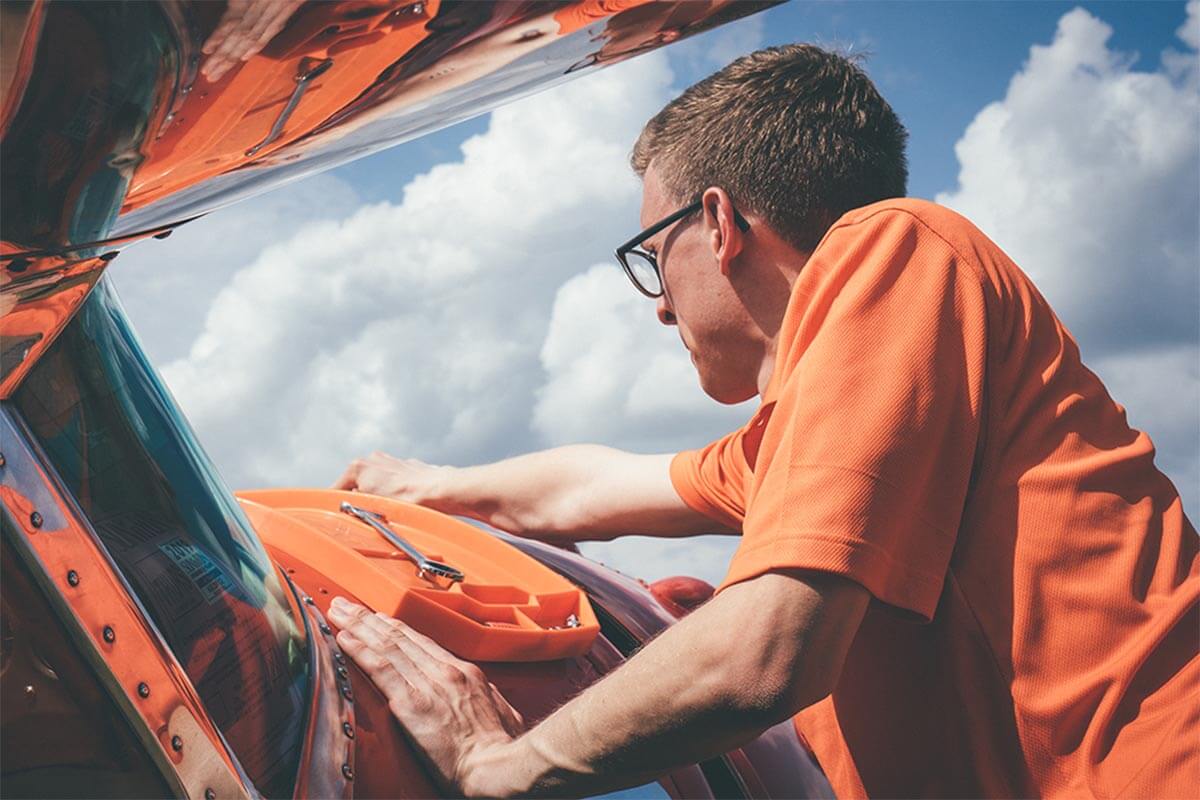 While Grypmat is an excellent product, it does have two downsides.

Firstly, it is fairly pricey compared to some of its alternatives. To be fair, they come with a limited lifetime warranty, though.

Second, it only comes in one color – orange. There is a fairly good reason for that, though. The color makes the “visibility of your valuable tools and hardware the focus.”

The Three Different Sizes of Grypmat

While, as mentioned above, Grypmat only comes in orange, you have a choice when it comes to the size of the tray. You can either get one of the three sizes below or get all three of them in a single “Trio Pack.”

Because of that, it is best suited for holding nuts, bolts, and other pieces of hardware while working on a project. Besides that, it will also fit some smaller tools and things like drill and socket bits.

To help you organize and keep better track of the contents of the tray, it is divided into six compartments – four narrow but long ones and two wider but shorter ones.

The medium Grypmat tray is the same width – 11.75 inches – as the small one. However, at 8.25 inches, it is considerably wider.

Being large enough to fit hand tools and hardware but not too large, this is the best size for most DIYers and handymen.

It’s large enough to not only hold the tools and hardware you might need for a project but also some of the smaller components you might be taking out or installing into your car (or airplane for that matter).

You can easily carry the tray even when loaded with heavy items thanks to its two handles.

The Three Alternatives to Grypmat

In spite of all its advantages – and the fact that it likely is the best tool tray on the market – Grypmat is also fairly expensive. On top of that, for many uses, it might be overkill or simply the wrong piece of equipment.

In many cases, getting one of the three most common alternatives to Grypmat – a tool tote, a tool belt, or a magnetic tool holder – will work just as well. In fact, they might even be better for some projects.

A tool tote (such as this one from DeWalt) will work well if you are working in a fixed location – ideally on the ground.

A tool belt (such as this one from Dickies) will be a lifesaver in cases where you need to move around a jobsite or work on a ladder.

And finally, a magnetic tool holder (such as this one from Lodesol) will work well if you want to keep your tools on an uneven surface like a car hood.

That said, in the last case – or even when working on your roof or other similar slanted places – you should seriously consider getting Grypmat if it’s not out of your budget.

As mentioned earlier, Grypmat was invented by Tom Burden, a former U.S. Air Force mechanic. The product got its first sales through a very successful Kickstarter campaign in which it raised over $700,000. 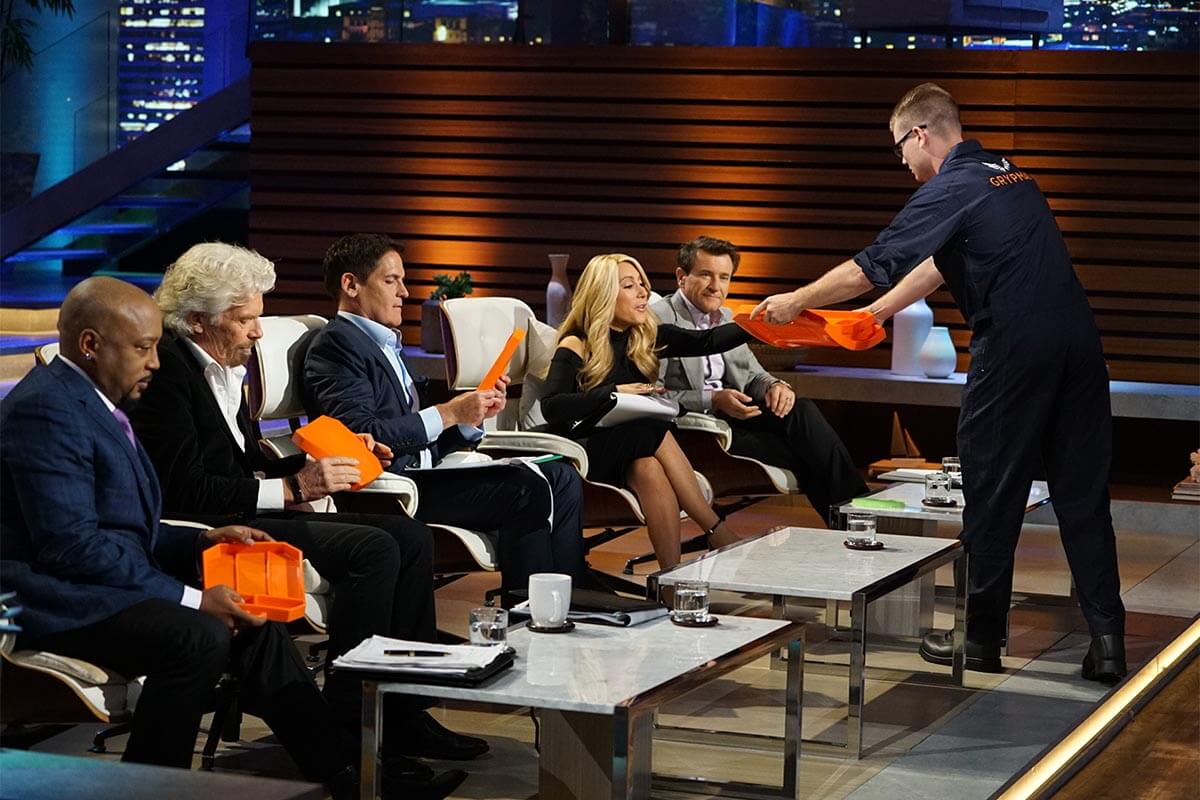 Then, in November 2017, Tom had a chance to pitch his business to “Sharks” on Shark Tank. There, he landed a $360,000 investment from Mark Cuban, Lori Greiner, and Richard Branson – a guest “Shark” in his episode.

Since then, the product has been purchased by NASA, NASCAR, and other well-known organizations. And, in 2018, it was named one of the 50 best inventions of 2018 by the TIME Magazine.

Besides being a great Shark Tank success story, Grypmat is an excellent product that helps many mechanics and handymen every day.

While it is not ideal for all application, it is nonetheless a piece of equipment that shouldn’t be missing from any handyman’s workshop. You should especially consider getting it if you like working on your car or if you tend to do a lot of projects on uneven or slanted surfaces.

You can either get the trio pack that includes all three sizes or – if you are on a budget – just get one of the three sizes, whichever suits your needs the best. In most cases, that will be the Grypmat Medium.