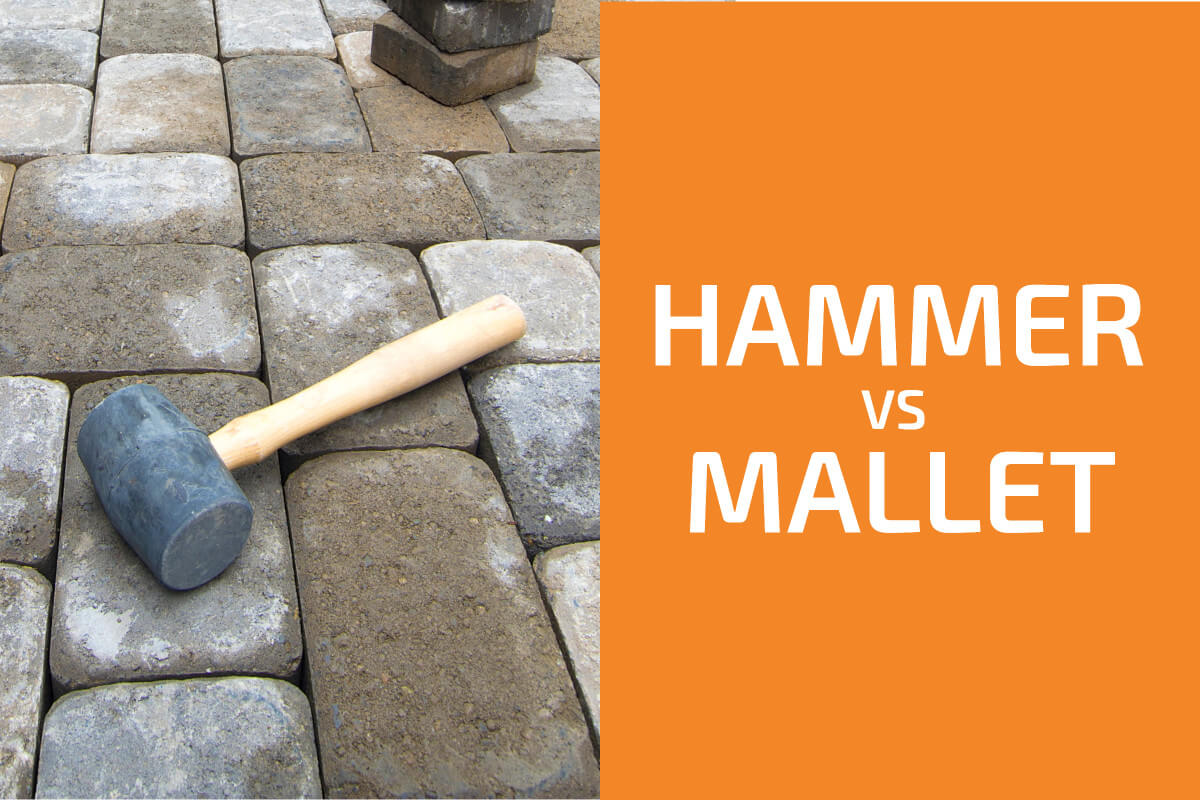 When it comes to building furniture, constructing a home, or making renovations, there are always certain tools that you will need. Two of those are likely to be hammers and mallets. Now, these two things might look similar, but they are in fact very different tools. They are built out of different materials and have different uses.

Let’s find out what the story here is.

Hammers and Mallets: The Basics

Before we get into talking about the differences between these two useful tools, let’s figure out exactly what each of them is.

What is a Hammer? 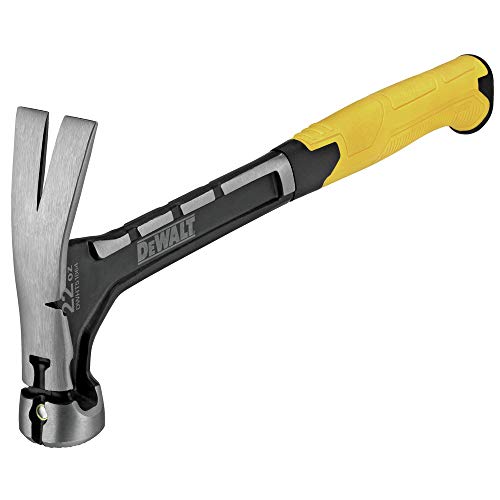 First off, we have the hammer, a tool that you should be very familiar with. Hammers are made with hard metallic heads, generally quite small in size, with the aim of allowing the user to strike a very hard blow on a surface, whether to hammer away a piece of wood or to strike nails into wood.

The heads of hammers are almost always made out of metal, although in some cases they may be made out of plastic, rubber, or wood, and this is also true of the handle. Exactly what type of head a hammer has will define its specific use, and on that note, yes, there are many different types of hammers out there, each of which has its own specific function.

A big defining feature often seen on a hammer is the claw. The claw on a hammer is aptly named, as it looks like the claws of a bird of prey, or something similar, with the purpose of allowing the user to pry nails out of wood or to pry various materials from each other.

What is a Mallet? 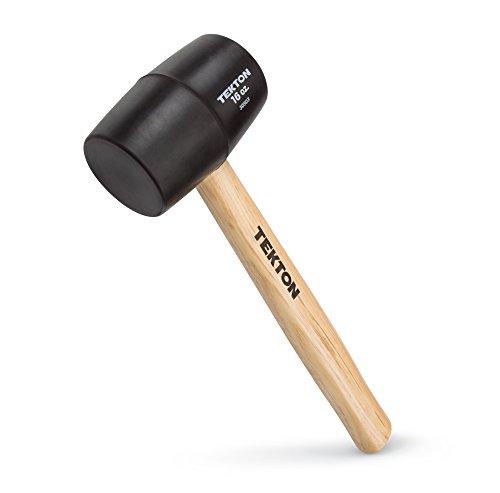 Mallets, although you may find a select few that are made out of metal, are usually made out of rubber or some other similar type of polymer. In other words, mallet heads tend to have a bit of softness and give to them, as they are not nearly as solid, hard, or dense as normal hammer heads.

Whereas the aim of a hammer is to deal a hard blow, to pry, or to strike nails into a surface, the main use of a mallet is to nudge workpieces closer to each other, to move workpieces, or to hit other tools, such as chisels, all without damaging either the other tool or the workpiece.

Hammer vs. Mallet: What Are the Differences?

Now that we know what both hammers and mallets are, let’s figure out what the main differences between them are.

The first noticeable difference between these two tools is that hammers are generally much smaller than mallets.

Mallets tend to have very large heads that disperse the energy created with each blow to quite a large area, whereas the shape of hammer heads is designed to concentrate the force into one small spot. Now, although mallets are larger than hammers (most kinds anyway), in terms of weight, it’s a coin toss. You would think that mallets are always heavier than hammers, but it really depends on what materials they are made of.

Something we will cover in a bit more detail later on is that mallets can come in a couple of types, but are generally the same shape, whereas hammers come in many more types, and yes, this also means in more shapes and sizes.

The intended primary purpose of a hammer is to drive nails into wood, which is why the head of a hammer is small, so that maximum force goes into each strike. Hammers also have a few secondary purposes, but driving nails is number one.

Mallets on the other hand are not designed to drive anything, whether nails or otherwise. The primary intended purpose of a mallet is to move things. For instance, if you are building something out of wood, and you need two wood pieces to be as close together as possible, you would use a mallet to whack them into position.

The other primary function of a mallet is to hit other tools for increased force. For example, if you are using a wood chisel to remove some wood, and you need to hit it with something for increased force, it’s generally a mallet that you would hit the chisel with. 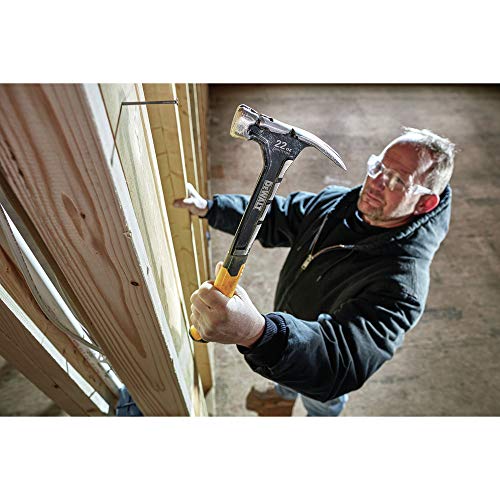 One of the secondary functions which hammers serve is to pry. Some types of hammers have that claw located opposite of the striking head. That claw can easily grab nails to pull them out of wood. This claw can also be used to pry apart various pieces of wood that are nailed or glued together.

Mallets do not have this claw and therefore have zero prying capabilities.

As mentioned above, the primary purpose of a hammer is to drive nails. Now, not only is this not a primary function of a mallet, but a mallet can’t really do it at all, and there are several reasons for this.

Mallets just are not built for striking nails, and chances are that if you hit a nail one too many times with a mallet, you could damage the mallet.

As mentioned earlier, mallets are often used to strike pieces into position or to strike the rear of other tools, such as a chisel. While you can technically hit a chisel with a hammer, or use a hammer to whack wood into place, that small and super hard hammer head will most likely damage all tools and wood that you hit with it.

Soft and large mallet heads are designed specifically for this task, and they can do so without causing damage to whatever is being hit. 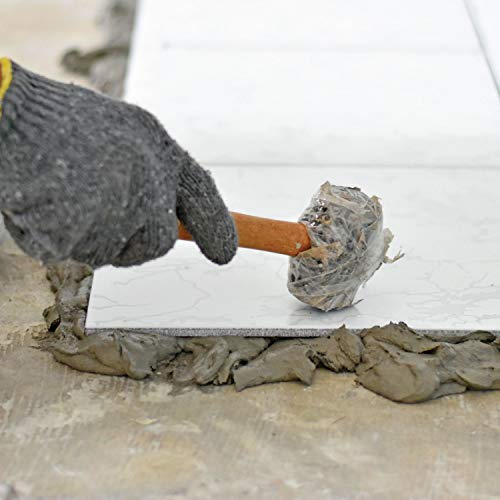 Hammers are also used for shaping metal. That hard and compact hammer head can shape metal into various designs. After all, a blacksmith would not get very far without a hammer to mold that hot metal into place.

Mallets just are not built for this.

Although you can find a few different mallet types, they all tend to be quite similar, whereas you can find over a dozen types of hammers, many of which are quite different and serve varying purposes.

That said, if you are doing things like furniture building or renovations, chances are pretty big that you will end up needing both of these tools, so choose wisely!