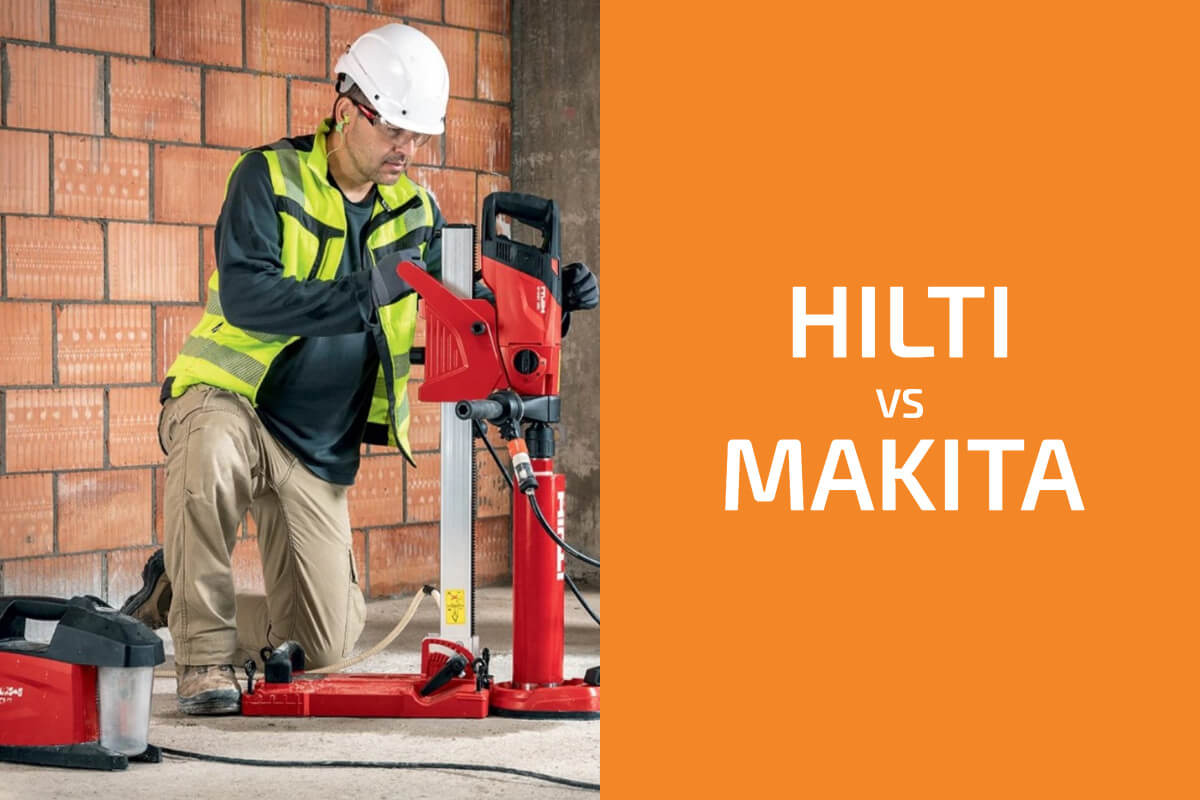 Hilti and Makita are two of the few remaining major “independent” power tool brands that are not parts of larger conglomerates. Not only that, but they are also some of the best and most popular ones.

In this article, I will help you choose between the two brands. We’ll start by looking at their histories briefly so that you can understand their context in today’s power tool market better. Then, we will dive into the details about their product portfolios and manufacturing quality.

A Brief History of Hilti and Makita

Today, Makita is based in Anjō, Japan, and operates factories in Brazil, China, Japan, Mexico, Romania, the United Kingdom, Germany, Dubai, Thailand, and the United States. In 2012, Makita made around $2.9 billion in sales.

Hilti has an equally illustrious, if not quite so long, history as Makita. Hilti Maschinenbau OHG was founded by engineer Martin Hilti and his brother Eugen in Schaan, Liechtenstein, in 1941.

In 1957, Hilit produced the DX 100, which was the first powder-actuated tool in the world. By 1962, Hilti was already operating in around 30 countries. In 1976, the Hilti TE 17, the first electro-pneumatic hammer drill, was introduced.

While the brand’s product portfolio is rather limited, it’s arguably the world’s best hammer drill company. Its products are expensive but worth it if you are a professional.
Shop Hilti on Amazon
Long Story Short…

Both Hilti and Makita only sell tools under their own names. This makes both brands a rarity in the industry today, where many big brands are owned by a few large companies.

Hilti is well known for its outstanding quality products, which can be pricey compared to the competition, but well worth it for some heavy users. Hilti users are generally very loyal to their tools due to their reliability and excellent workmanship.

Users in online communities call Hilti the Rolls Royce of hammer drills due to its tools’ longevity and durability. 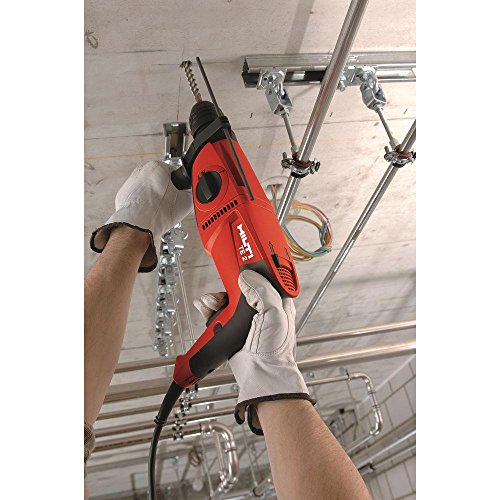 Hilti doesn’t produce tools in the US, but it operates production facilities in Liechtenstein, Austria, Germany, Hungary, and China. Whatever power tools you buy from Hilti will most likely be produced in one of those countries but the build quality should still be excellent.

Makita is known for its Star Protection system, its excellent motors, and efficient tools. Makita’s cordless tools have a longer battery life than some similar power tools from competitors, perhaps due to more efficient motors.

While Makita has factories in Brazil, China, Japan, Mexico, Romania, the United Kingdom, Germany, Dubai, Thailand, and the United States, most of its tools are made in China. 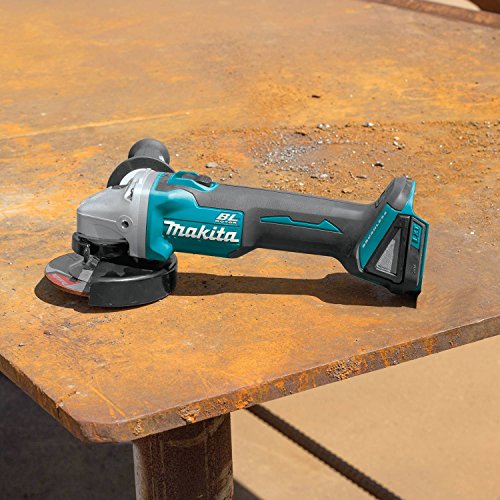 Hilti offers a two-year free service agreement and a 20-year warranty on workmanship, so its warranty is hard to beat. In addition, they claim that your tools will be repaired within one day of being received at a Service Center. Otherwise, the repair is free.

Meanwhile, Makita offers a three-year limited warranty. If a tool fails due to faulty materials or craftsmanship you’ll get a repair or a replacement free of charge.

While both brands offer good warranties, clearly Hilti is much better.

Keep in mind though, that Hilti charges a hefty premium to provide this warranty.

Hilti vs. Makita: Which Has a Better Product Portfolio?

Makita offers one of the largest lineups in the power tool industry.

Besides power tools, they offer outdoor power equipment and many other tools. This becomes particularly important if you wish to stick to one manufacturer as you expand your tool lineup. That way, you can avoid owning two separate battery platforms.

Hilti also offers a large selection of power tools and other products such as measuring tools, direct fastening, dust management and vacuum cleaners.

Their power tool line-up is extensive, ranging from rotary hammers, gas saws, impact drivers and wrenches to diamond wire and wall saws. However, it is largely limited to tools that professional contractors working a lot with concrete might use. 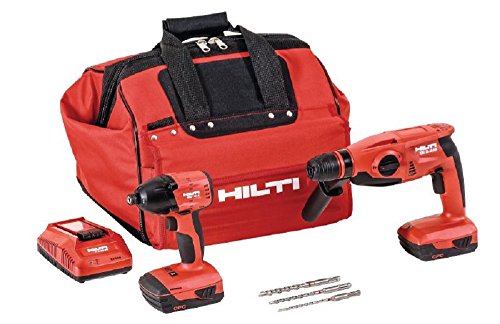 Which Brand Offers a Better Selection of Hammer Drills?

Hilti offers just a couple of hammer drills including the new 6H-A22 which is a cordless 22V Powerclass hammer drill and a subcompact-class 12V hammer drill.

Overall, Makita has a bigger product range in the hammer drill category.

Which Brand Offers a Better Selection of Impact Drivers?

Overall, Makita again has a huge lead over Hilti when it comes to the product range in this category.

If you’re a large contracting firm buying hundreds of tools to be used by several workers, then Hilti is a no-brainer. The higher price will be more than made up for by the extended warranty, longevity of tools, and low downtime due to the excellent repair service.

If you’re a homeowner or DIYer looking to pick up some tools for your next project, consider Makita.

Not only will the tools last you a long time, you’ll find that they are more comfortable, have great battery life and excellent performance compared to many other power tools out there. Most importantly, you can stick to the Makita battery packs while expanding your toolkit in the future thanks to the huge Makita catalog. 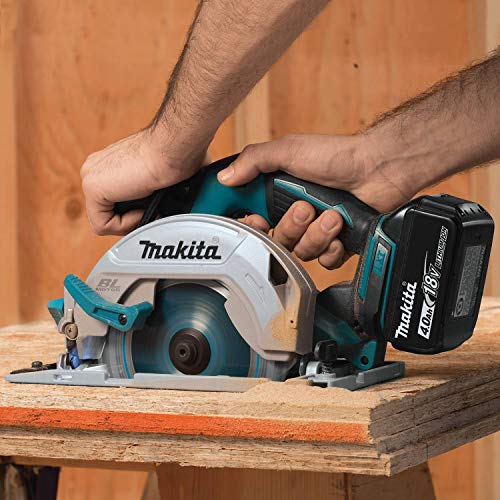 All in all, you cannot go wrong with either brand. While Hilti tends to be more expensive, it also offers a better warranty than Makita. At the same time, Makita provides excellent quality suitable for most home as well as professional environments.

As such, the choice is truly up to your preferences and budget.

How Do Hilti and Makita Compare with Other Brands?