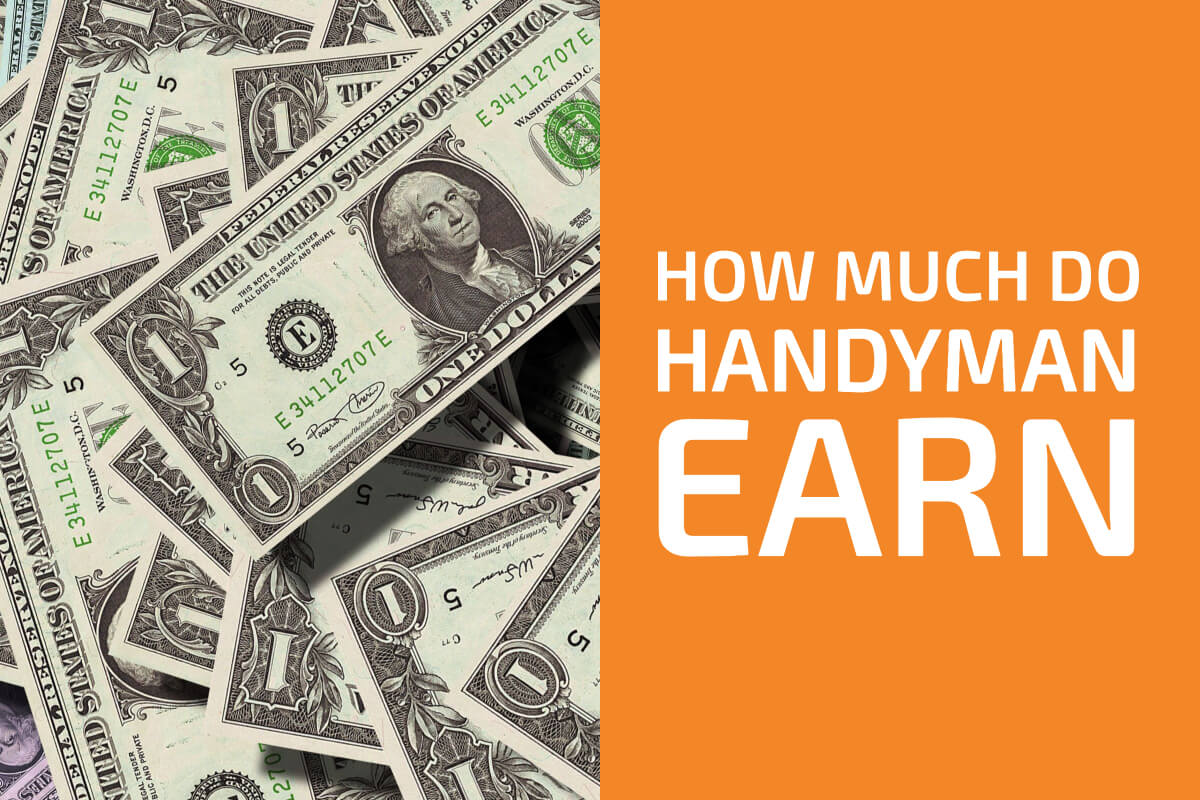 Are you trying to figure out whether it’s worth becoming a handyman – at least from the financial perspective? Or, are you simply curious how much the people that can save your day when things break in your house make?

The quick answer is that handymen make a median annual salary of about $38,000 dollars. The exact answer is it depends on the types of services they offer, whether they work for someone or are self-employed, and so on.

Keep on reading to get a more detailed answer.

Handymen come in many shapes and forms. Some work for themselves while others work for larger companies and governmental organizations. Some only do very basic work while others have specialized skills that pay better.

As such, there can be large differences in how much a handyman makes.

To give you a general answer, though, let’s take a look at data provided by the U.S. Bureau of Labor Statistics in its Occupational Outlook Handbook. While the bureau doesn’t provide statistics on “handymen,” it publishes data related to “general maintenance and repairs workers” – essentially a fancier (and slightly broader) term for handymen.

Considering the above, handymen earn a median hourly wage of about $18.4. This can be as low as $10 or $11 for handymen on the lower end of the spectrum and higher than $30 on the premium end.

Not All Industries Pay Handymen Equally

As mentioned earlier – and as the statistics show – the range of salaries and wages that a handyman can make is very wide. While skill level plays a role, the industry in which the handyman works is a deciding factor as well.

The U.S. Bureau of Labor Statistics’ data provides an insight into that by breaking down the median annual salaries of “general maintenance and repairs workers” by industries. The median salary based on the industry is as follows:

Judging by the data, it seems like trying to get into the manufacturing industry would be a good option. However, chances are that – rather than the workers being what we generally consider “handymen” – they are workers trained in the maintenance and repair of a variety of specialized machinery.

As such, the best option for a salaried handyman might be to work for the government or an educational institution – whether governmental or private.

How Much Can a Self-Employed Handyman Make

For self-employed handymen, the sky is the limit.

Practically speaking, as a self-employed handyman, you might be able to charge between $50 and $70 (or more) per hour depending on where you live as well as what kind of services you offer. Doing “emergency” work on weekends or late at night can increase those numbers even further.

Now you are likely doing a calculation in your mind: $50 dollars per hour times 8 hours in a workday times 260 workdays in a year…

Before you get too excited, though, keep in mind that if you charge $50 per hour, you will make nowhere near as much for two reasons:

On top of that, you will not have the same employment benefits that being a full-time salaried handyman might provide.

That said, you will have the freedom of working when you want and (once you have a solid pipeline of jobs) picking the jobs that interest you. Plus, with hard work and a bit of luck, you will be able to grow your business beyond what a regular handyman job could provide you with.

Lastly, let’s take a look at how being a handyman compares to being a plumber, an electrician, a carpenter, or similar.

In a hospital, it’s the general practitioners’ job to cure the easier illnesses and injuries and to refer patients with more serious problems to specialists like surgeons or cardiologists. Similarly, it’s handymen’s job to do a wide variety of relatively easy repairs and to refer clients with tasks requiring deeper knowledge to specialists like plumbers and electricians.

For some actual numbers, let’s refer back to the Occupational Outlook Handbook.

As mentioned towards the beginning of this article, the median salary of a “general repair and maintenance worker” in May 2018 was $38,300. Based on the same data, the median salaries for specialized occupations were as follows:

While being a handyman is not one of the “glamorous” jobs that many people want, it can be a very rewarding job offering a great sense of accomplishment. Not requiring a college degree, it can also avoid you having to go into debt before even getting your career started.

For doing so, you will generally be rewarded with an annual salary of anywhere between $35,000 to $40,000 depending on where you live and who you work for.

If you decide to work for yourself, as a self-employed handyman, your earnings could be much higher than that. Although that will require you to not only fix your customers homes but also do everything that running a business encompasses such as accounting and marketing.

Lastly, it pays to develop specialized knowledge over time. As the data by the U.S. Bureau of Labor Statistics shows, carpenters’, electricians’, and plumbers’ median annual salaries are 20%+ higher than those of general maintenance and repair workers.