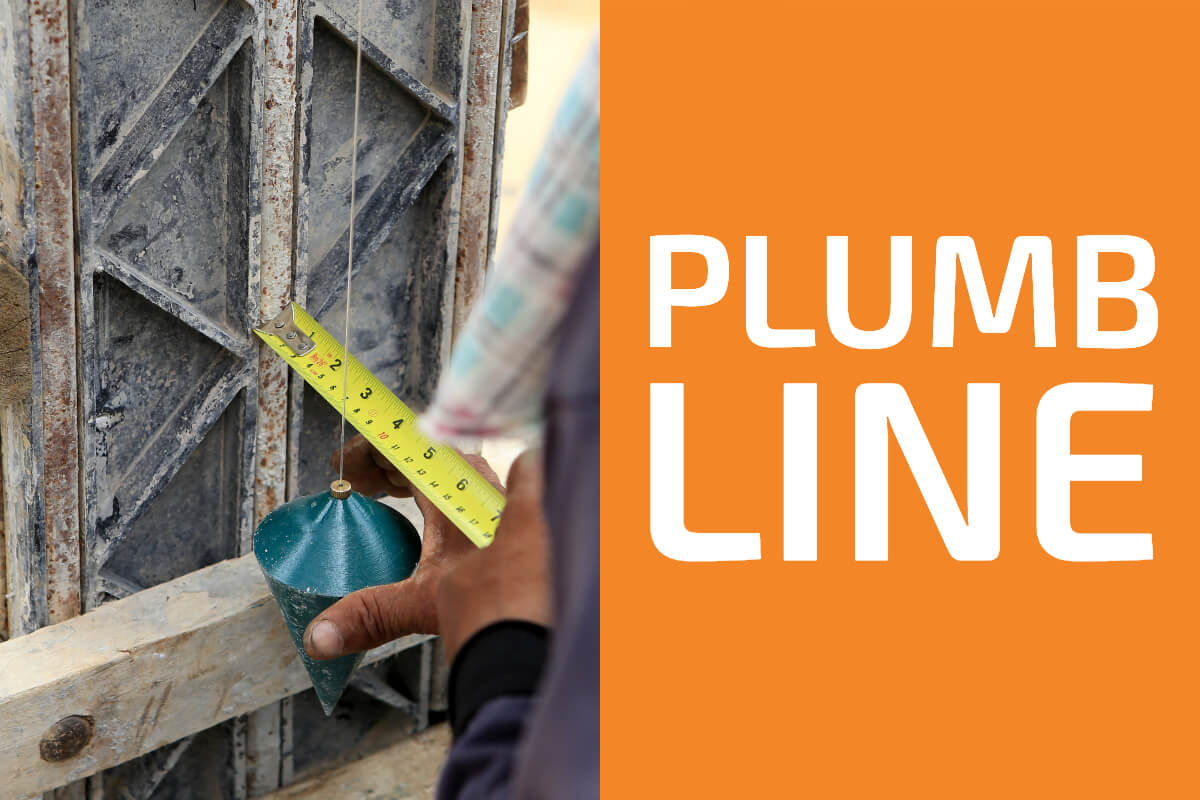 If you’re new to the art of DIY home renovations, then you may not yet be familiar with all of the tools of the trade. While you should get up to speed in using your power tools, you should spend an equal amount of time becoming acquainted with your manual tools, particularly those that ensure your project is as straight and as true as desired.

In particular, you need to familiarize yourself with a plumb bob, an essential tool used for leveling vertical surfaces. Though it may just look like a string with a weight on it, this tool can actually prevent minor discrepancies in a wall’s alignment from becoming a major issue down the line.

If you haven’t already used a plumb bob, this guide will teach you the basics of how to utilize one on the job site. After that, you’ll learn how to make your own simple plumb bob from basic household items.  All in all, you’ll walk away from this guide with the knowledge needed to use a plumb bob to frame a wall or hang wallpaper successfully.

What is a Plumb Bob and What Is It Used For?

In essence, a plumb bob (also known as a “plumb line”) is a simple tool designed to help a user determine if a vertical surface is straight, or “plumb.” In this sense, a plumb bob is the functional equivalent of a level, except that it is designed for use on vertical (rather than horizontal) surfaces.

The plumb bob has its origins in ancient civilizations, though its basic construction and use remains very similar today.

First, a shaped weight (often pointed or tapered to a tip) is tied to the end of a coarse string. Then, the plumb bob is suspended from the vertical surface in question to test if its distance from the said wall is uniform at both ends.

Plumb bobs see a lot of work in the construction trade, particularly when it comes to setting walls. A plumb bob may also be used in the construction of a door jam or when finding the correct location to hang large decorations such as a chandelier. In some cases, plumb bobs are even used to ensure that pipes drilled into a foundation are perfectly vertical.

How to Make a Plumb Bob

Making your own plumb bob can be fairly simple. All you need are the following materials to get started:

To start, inspect your weight for defects. Any cracks or imperfections could affect that weight’s ability to hang correctly. If no faults are found, you can begin by tying the weight to one end of the string. This should be done in a manner such that the weigh hangs squarely below the affixing knot, rather than to one side or the other.

Next, add some metal washers onto the line by threading through their center. Allow them to stack on top of the weight at the bottom of the line. This will allow the weight to more reliably balanced evenly once it is suspended.

Finally, tie the “S” hook onto the top end of the string. Be sure that this knot is tight because it will bear most of the line’s weight once it is hung from the “S” hook.

How to Use a Plumb Bob

Using a plumb bob is a fairly simple task.

First, pound a nail or other anchor into a horizontal surface that is perpendicular to the wall or other vertical object that you want to check. Tie the plumb bob onto the end of that nail and allow it to come to a full stop (the weight on the end will likely cause it to sway slightly). Then, measure the distance from the string to the wall (this may require a ladder).

How to Use a Plumb Bob to Frame a Wall

Using a plumb bob in the process of framing a wall actually follows the basics steps outlined in the section above. Review those steps to learn how to successfully ensure that a newly framed wall is perfectly vertical.

Alternatively, you can check out this video to see a plumb bob used for this purpose.

How to Use a Plumb Bob When Wallpapering

If you plan on hanging wallpaper or any other wall-based decoration, you can use a plumb bob to ensure that it is straight and true from the get-go. To do this, hang your plumb bob from a nail that has been mounted from a perpendicular surface.

Once the plumb bob finishes swinging, mark the spot on the wall that is horizontally even with the plumb bob with a line. This line can then be used to ensure each piece of wallpaper is vertically even.

By now, you should see how important a plumb bob is for performing any job that requires vertical precision. Though simple in its construction and use, this weighted tool can almost ensure that all of your job’s vertical surfaces are, well, perfectly vertical.

In other words, you shouldn’t leave your plumb bob at home. Make sure to bring your plumb bob with to your next job site so that you don’t have to guess about a wall’s verticality anymore.