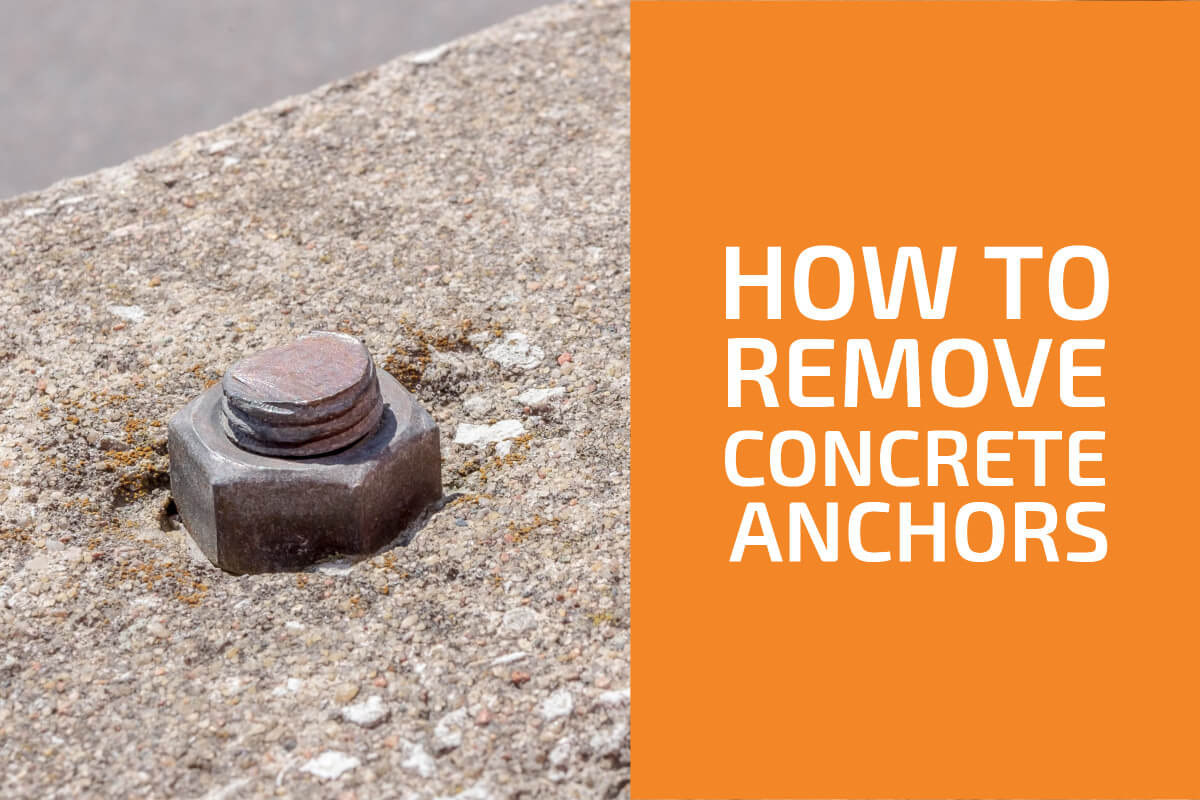 If you have an old concrete surface that you want to renovate, remove, or just work on, then something that you may need to do is to remove concrete anchors. They are of course very important when it comes to securing various structures to concrete, but that said, they do sometimes need to be removed, and exactly how to do so is what you will learn here today.

Be aware that there are many different types of concrete anchors out there, and they are divided into two categories, male and female. So exactly how you will remove the anchor in question depends on what kind it is.

How to Remove Female Concrete Anchors

Now, do keep in mind that with female concrete anchors, there is nothing actually protruding above the concrete’s surface, so in many cases, female concrete anchors can be left in place without any negative consequences. However, if you do need to remove them, the following methods (broken down by anchor type should work fine. 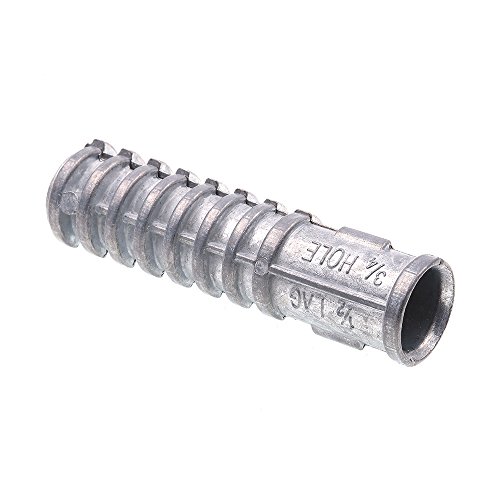 If you are dealing with female concrete anchors that use a screw in order to expand the sleeve and to keep the anchor in place, then removing it may be as simple as unscrewing the screw, which will cause the sleeve or tube to contract, therefore allowing you to simply remove it.

If unscrewing the screw did not do the trick, you may need to use a pair of pliers to pull the anchor out. Remember that this type of anchor can technically be left in the hole, as it does not protrude above the surface. 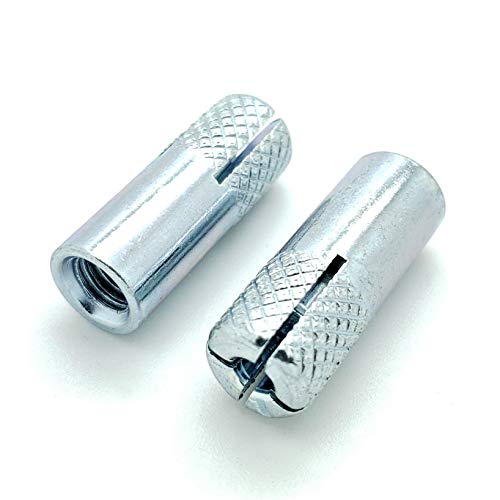 Drop-in concrete anchors are inserted into concrete while it is still setting, and a setting tool is used to get them into place. Once the anchor is set in the concrete, it cannot be removed without damaging the base concrete. Now, with that being said, do keep in mind that as with all female anchors, once the threaded rod or bolt is removed, the anchor itself will not actually be visible above the surface, which means that you may not actually need to remove it.

If you are having trouble removing the threaded rod, the easiest way to deal with this is to either saw or grind it right off, or if the hole below is deep enough, simply use a hammer or mallet to pound the whole thing down until it is no longer visible above the surface. 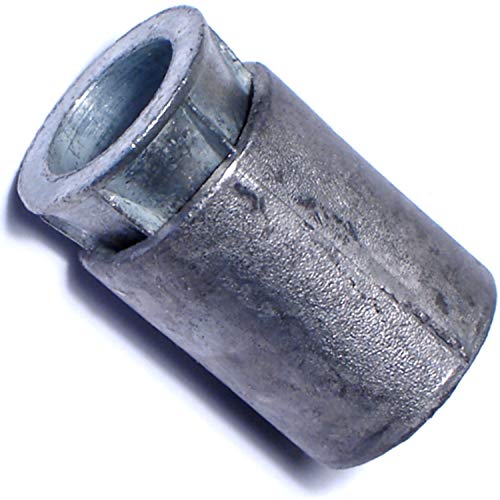 This type of concrete anchor is also set into place using a special setting tool, and once they are in place, they can also not be removed without damaging the concrete base. As with all female anchors, once the threaded rod or bolt is removed, the anchor itself will not actually be visible above the surface, which means that you may not actually need to remove it.

Just like with drop-in anchors, to remove the threaded bolt, you may simply pound it down into the hole (if it is deep enough), or you may be able to grind or cut it off with a variety of tools.

How to Remove Male Concrete Anchors

When it comes to removing male concrete anchors, this is a little harder to do, mainly because the fastening portion on the male anchor is visible and protrudes above the surface of the concrete. 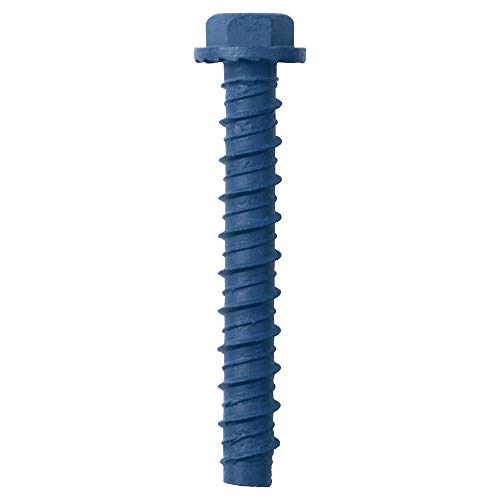 This is a special type of male concrete anchor that is very similar to the female lag concrete anchor. This is because it features a threaded screw that literally threads into the concrete. To remove these, all you have to do is to use a drill or other such tool to unthread the screw from the concrete. Beware that you cannot reinsert a Tapcon anchor into the same hole twice, as it will not hold properly.

There are several good ways to remove wedge anchors from concrete.

Hammer drive anchors are perhaps some of the hardest male concrete anchors to remove, and it’s because they have a tamper-resistant head that needs to be removed before the main fixture can be removed.

To remove the tamper-resistant head, you will need a hacksaw or a cut-off wheel to cut off the head of the hammer drive anchor. Once the head has been removed, you will then need to use a very strong and high-speed drill bit to literally drill the anchor out of the concrete.

In other words, you need to use a drill to disintegrate it piece by piece. 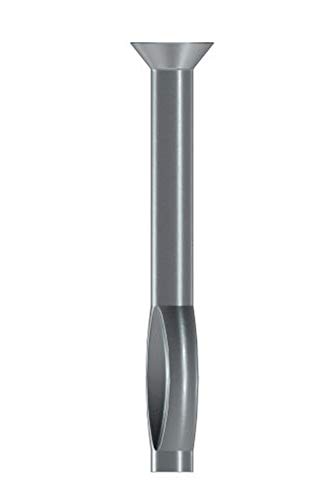 Split drive anchors also have a special tamper-resistant head that first needs to be removed with a cut-off wheel or a hacksaw. Once the head has been removed, you may be able to pound the rest of it down into the concrete using a hammer or mallet. If that is not possible, you may have to pry the anchor out of the concrete using a pry bar and a hammer.

In case you are having trouble removing the fixture from the ground, follow the tips as outlined below. Sometimes, removing the bolt and washer is easy, but removing the actual anchor itself can be a challenge, especially when male anchors are involved.

There you have it folks, everything you need to know about removing the various types of male and female concrete anchors.