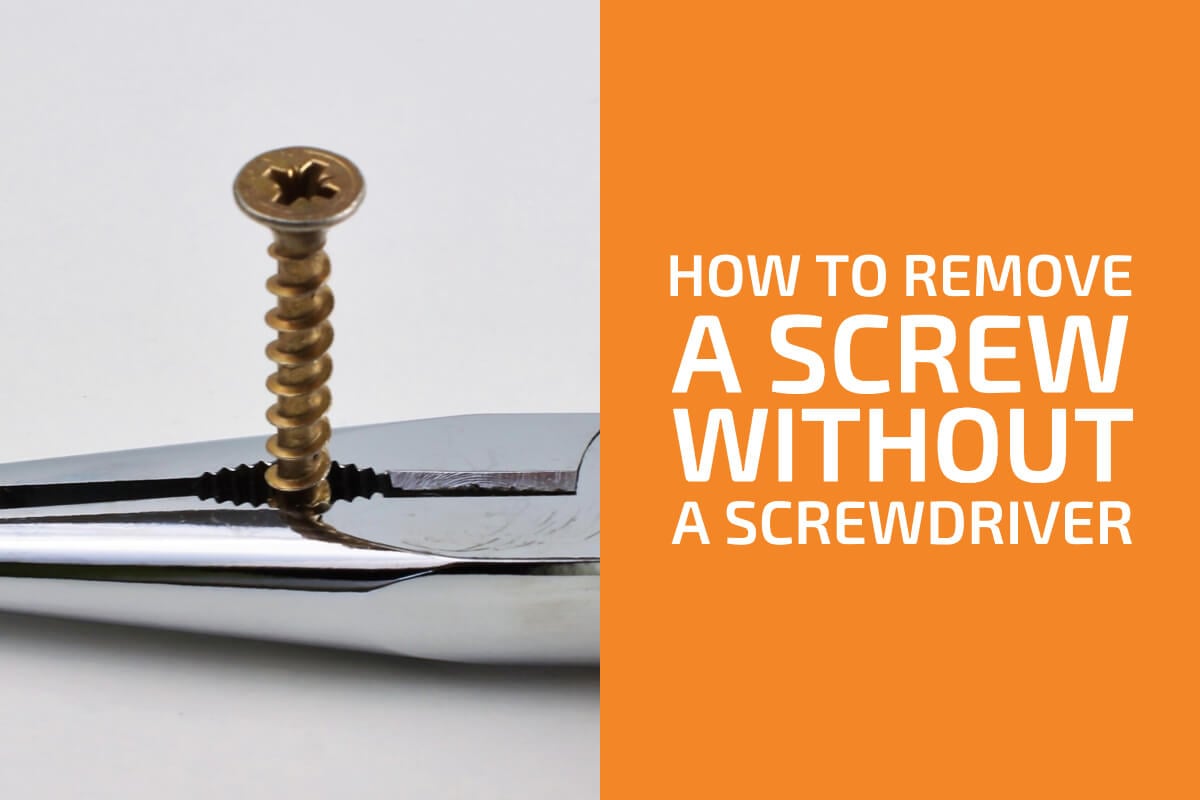 I will assume that since you are trying to unscrew a screw without a screwdriver, you are in a hurry. That you don’t have the time to buy a screwdriver.

If that’s not the case, and you have the time, then simply head over to Amazon or to your local hardware store and get yourself a screwdriver set. There are some very cheap ones and having one will save you a lot of time and frustration.

If you found yourself here because you stripped a screw and it cannot be removed with a screwdriver anymore, then read this article instead.

Anyways, going back to the first case, below are five ways in which you can try to remove your screw right now.

Most of the methods below use everyday items. As such, you should be able to try them fairly easily. However, the results you will get will depend on the type of screw you are trying to unscrew, as well as on how hard it is tightened, and so on.

1. Use a Table Knife

Chances are that you’ve encountered this trick before. After all, it must be about as old as screws and knives themselves.

Just take a table knife out of your drawer, and use its tip as a screwdriver. One thing to keep in mind is that you should avoid knives with pointy tips and use one with a round tip instead.

This method works well with both slotted and Philips screws that are large enough to accommodate the knife. 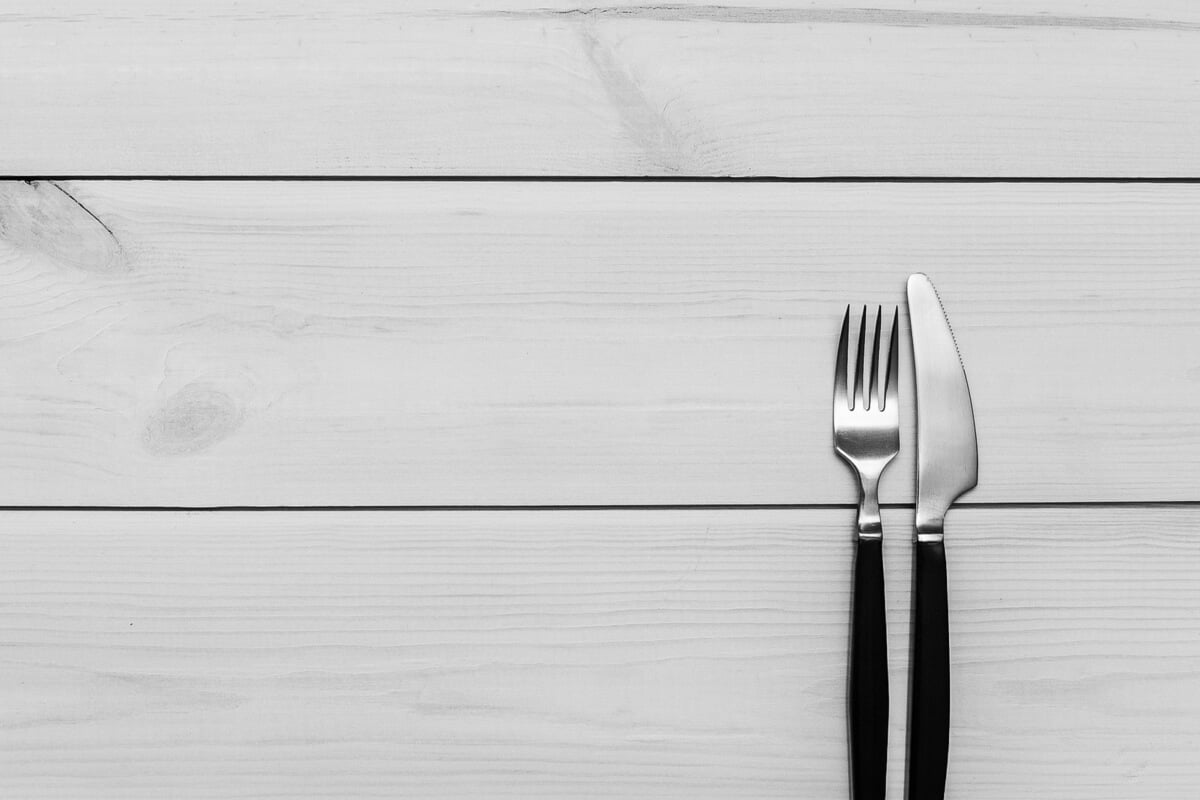 2. Use a Coin or a Credit Card

Considering how thick coins and credit cards are, this trick won’t be helpful when trying to remove a small screw. It won’t work well with screws that don’t have a simple, slotted head.

For larger screws, though, it might work just fine. At the same time, using coins and credit cards is the most useful when working with screws designed to be used that way.

Some examples of those include camera tripod screws, screws on toy and other battery covers, and so on. 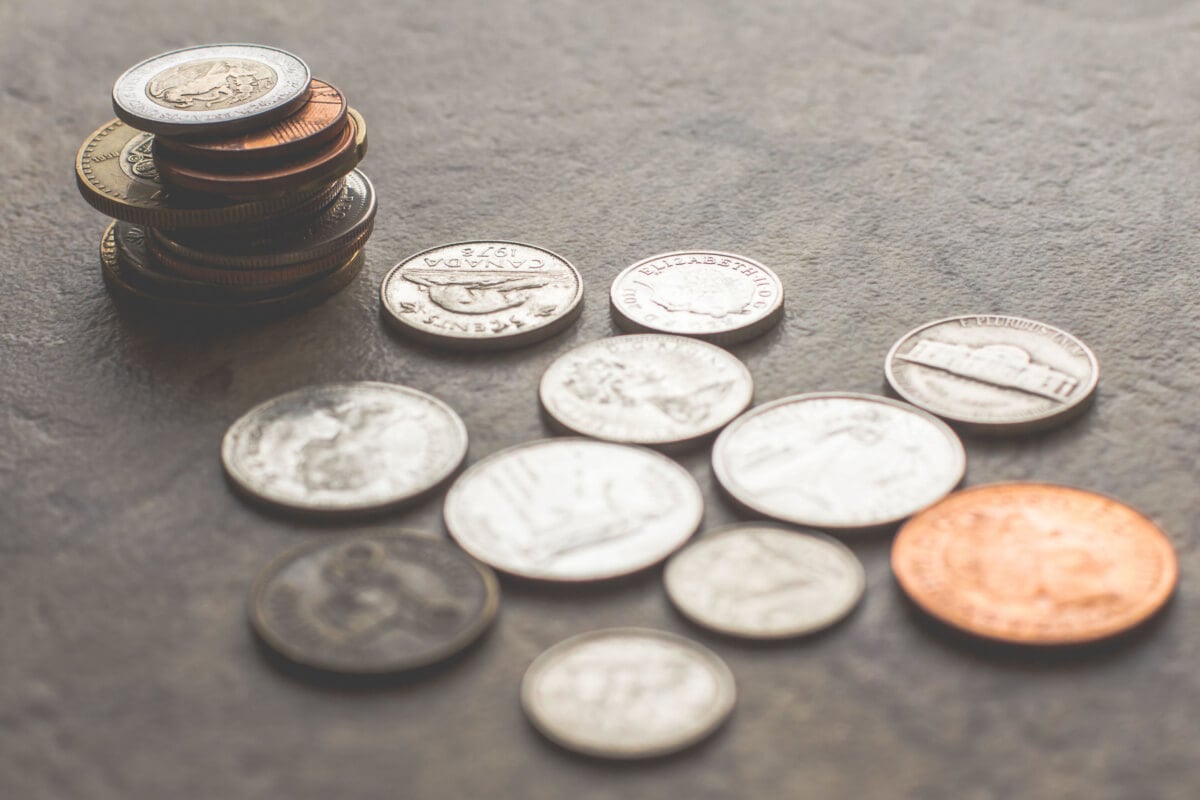 3. Use a Rubber Band

Just like when extracting damaged screws, using rubber bands can be helpful when trying to remove a screw without the right tool.

Placing a rubber band – ideally the one that is fairly wide – will create a surface with more friction than the screw itself. While you can then try turning the screw with your finger, you will be better off combining this method with one of the two above.

A combination of a rubber band and a table knife will work the best in most cases when the knife by itself doesn’t work. 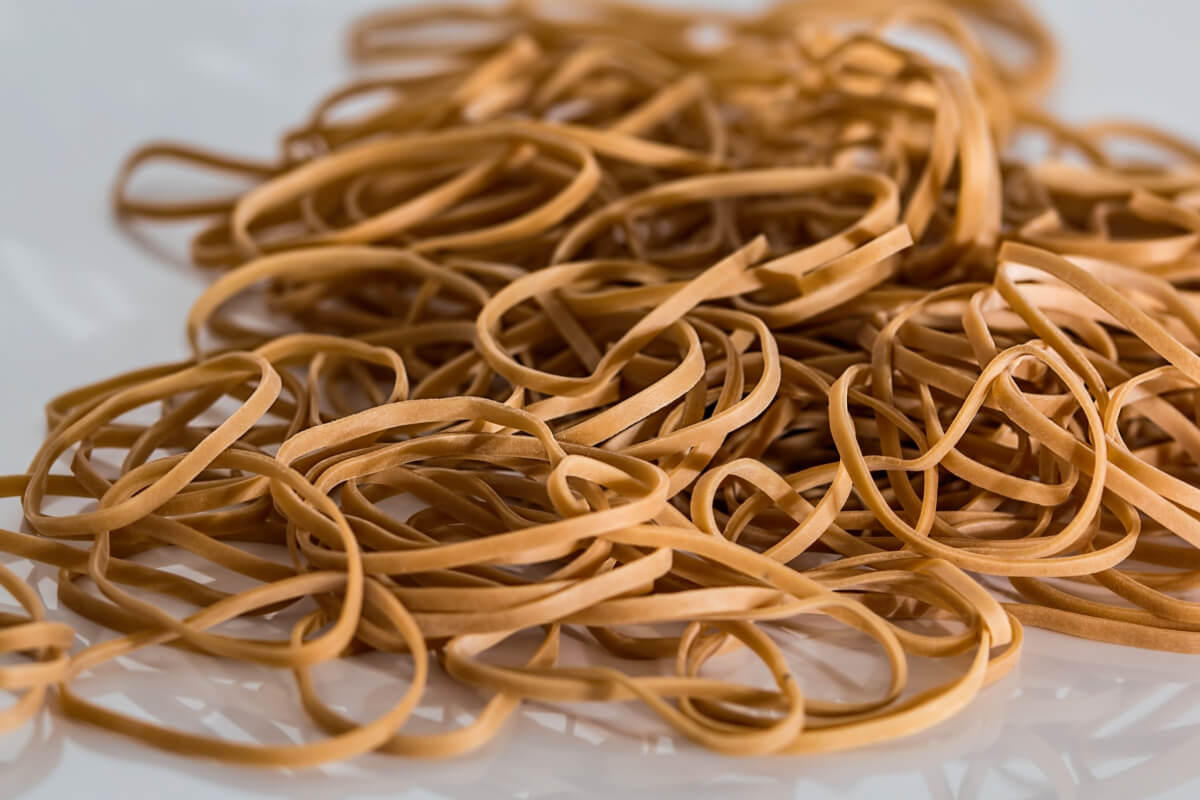 While chances that you have pliers if you don’t have a screwdriver are slim, I’m going to include this in the list.

In most cases, this method will not work as the screw head will be flush with or barely above the surface of whatever it is screwed into. And as such, you won’t be able to get a grip on it with pliers.

However, if you happen to have pliers at home and your screw is sticking out a fair amount, then this will very likely be your best bet. 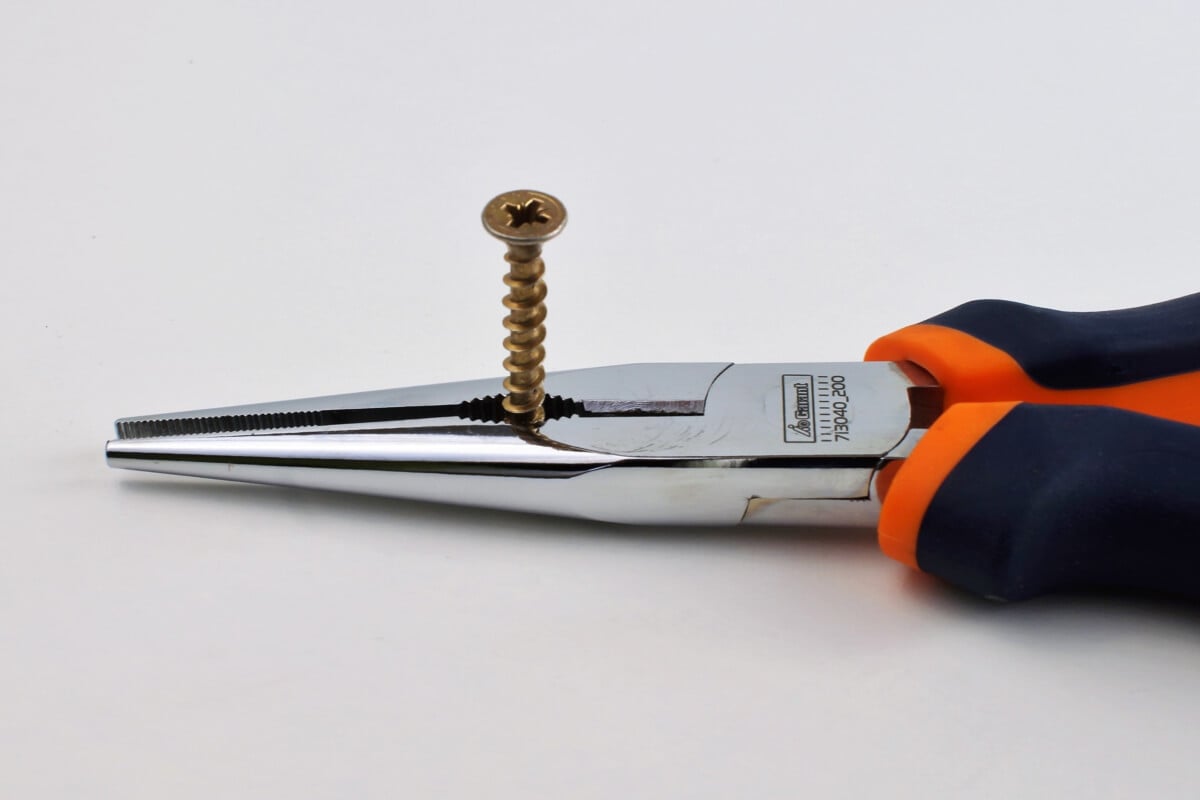 Finally, if you are in a situation where you don’t have any of the items required with the methods above, you can try using your nail.

I don’t recommend trying this method unless you absolutely have to. Should you go for it, be very careful not to break your nail. 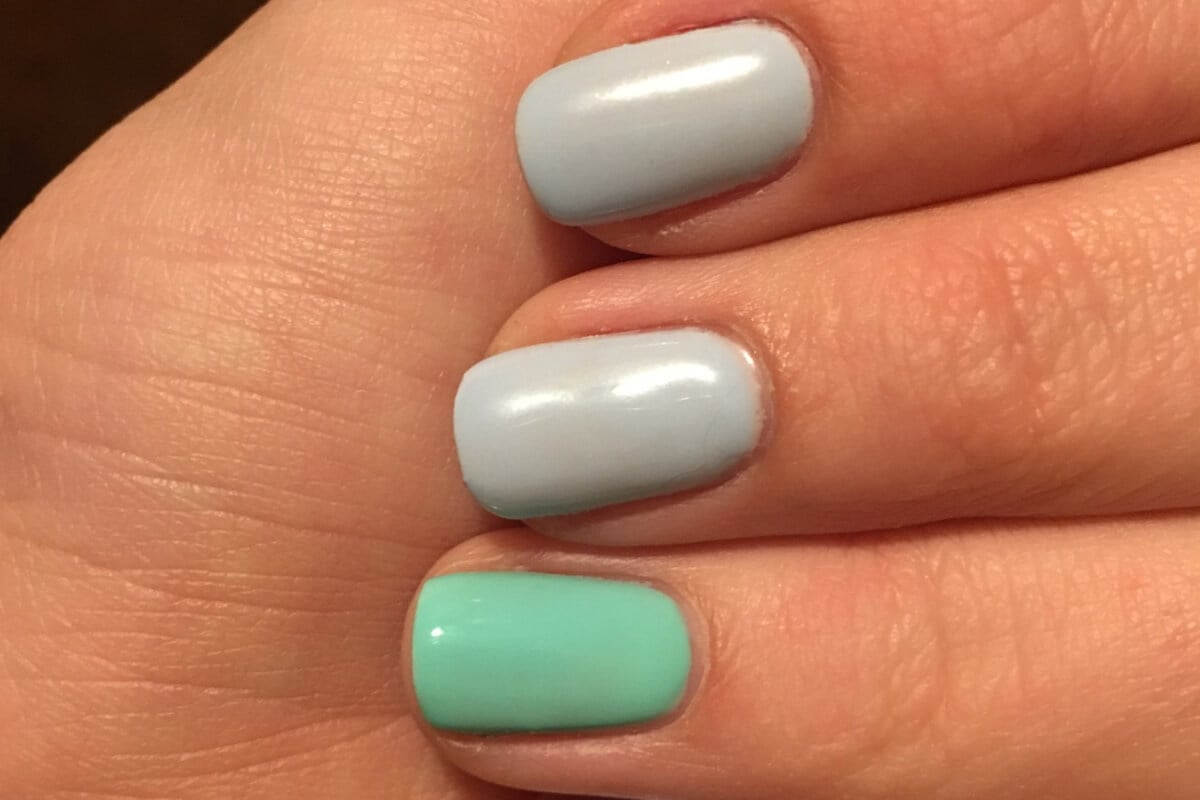 The above should give you a fairly good idea of how to tackle your issue. However, if you can’t find what you need there, try reading through the questions and their answers below.

What Can I Use Instead of a Phillips Screwdriver?

If you need to remove a screw with Phillips drive,  but don’t have the proper screwdriver, you can use a small flat-head screwdriver instead.

If you don’t have a screwdriver at all, then try a table knife. Keep in mind, though, that Phillips screws are some of the hardest ones to remove without the right tool.

What Can I Use Instead of a Hex or Torx Screwdriver?

Just like with Phillips screws, when it is possible – but quite difficult – to remove hex and Torx screws without the respective screwdrivers.

Likely, none of the methods I talked about earlier in this article will work. However, if you have a small flat-head screwdriver, you might be able to unscrew your screw.

If you are dealing with a security Torx screw, you will have to punch out the security pin first.

What Can I Use as an Eyeglass Screwdriver Substitute?

Because of their very small size, precision screwdrivers – or eyeglass screwdrivers as they are known in some cases – are quite difficult to substitute.

However, if you don’t have the time to get one, you can try tweezers or a razor-blade.

As mentioned in the beginning, if you don’t have a screwdriver, get a set now. While doing so, also consider getting other tools like a tape measure or a hammer that you might find useful every now and then.

If you need to remove some kind of screw before you can get a proper screwdriver, then trying with a table knife will be your best bet. Be careful, though, as trying to unscrew a screw without a screwdriver can result in damage to whatever it is that you are working with.

Also, keep in mind that many screws will be difficult or impossible to unscrew that way. That’s especially the case with very small screws and with screws that don’t have a simple slotted drive.