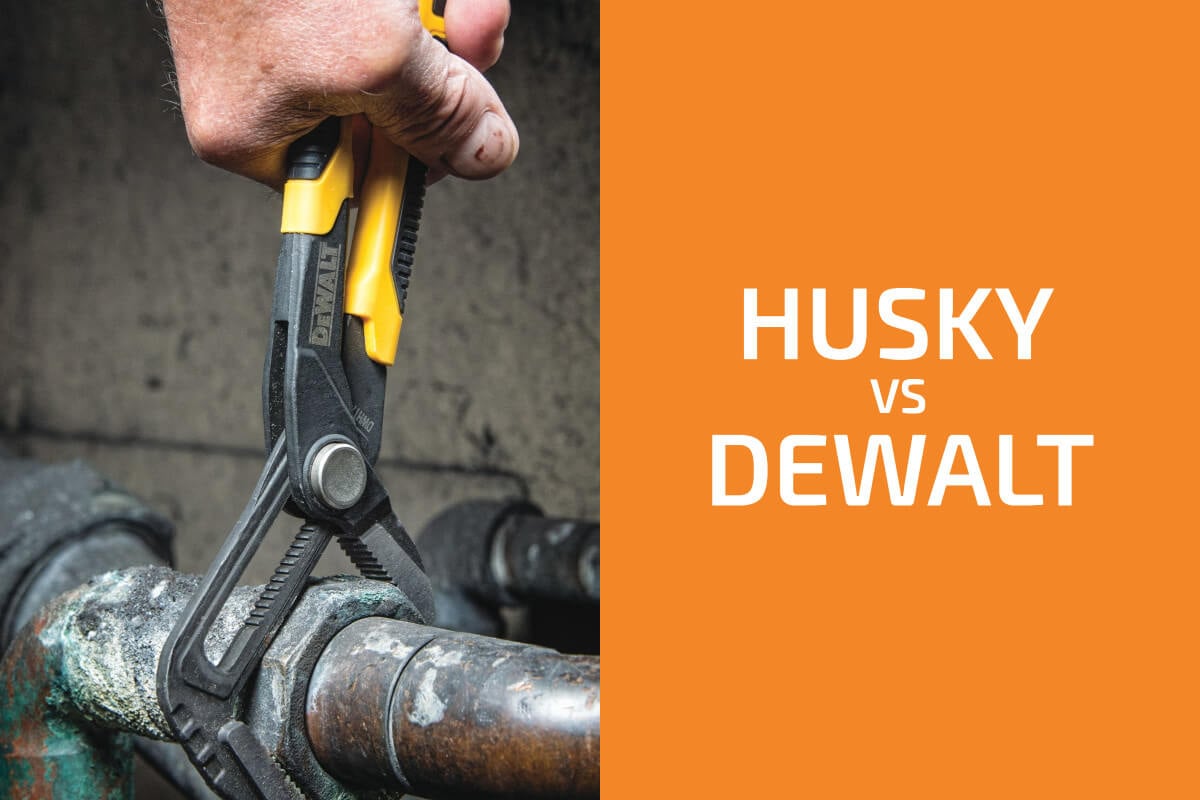 If you are planning to upgrade your tools or to just get a whole lot more of them, there are a few brands that you want to consider. Two great brands of hand tools are Husky and DeWalt, both of which are trusted, popular, and quite well-known.

That said, you probably want all of your tools to come from the same brand, so which will it be, Husky or DeWalt?

A Brief History of Husky and DeWalt

Husky is an American manufacturer of tools, one that produces a variety of hand tools, storage tools, pneumatic tools, and a select number of power tools. It was founded by Sigmund Mandl, a Czechoslovakian immigrant that moved to the USA in the early 1900s. The brand got its official start in 1926 when Mandl created the very first Husky wrench, a specialized and high-quality mechanic’s wrench.

By 1928, the J.H. Williams Tool Group had created a large collaborative effort with the newly formed Husky brand, with the J.H. Williams Tool Group distributing that awesome wrench along with its own tool sets. In 1929, Husky was sold to the Olsen Manufacturing Company, and Mandl parted ways with it. This is when it started being called the Husky Manufacturing Company.

The New Britain Machine Company based out of Connecticut then bought Husky in 1932, with the New Britain Machine Company then being purchased but Litton Industries in the 1970s. There are a few more name changes to speak of, but it all ends with the Home Depot acquiring the rights for Husky tools from Stanley Black & Decker. Although Husky may be old, it is in fact one of the smaller tool brands out there.

On the other hand, we have DeWalt, a company founded by Raymond E. DeWalt back in 1923. DeWalt started out really slow but quickly grew into a massive company. One of the main reasons for this was that Raymond was the man who invented the radial arm saw. The company was incorporated as DeWalt Inc. in 1947.

In 1949, American Machine & Foundry Co. purchased the DeWalt name but did not keep it for long, as it was sold to Black & Decker in 1960. Then, after a merger, it became a part of Stanley Black & Decker. This company, the world’s largest too manufacturer, still owns DeWalt to this day, and it sells DeWalt tools as its high-end and professional line of tools.

DeWalt is a big company, one that produces a myriad of corded power tools, cordless power tools, mechanic’s tools, as well as outdoor lawn and garden equipment. At this time, it is estimated that DeWalt has roughly 13,000 employees around the world, with estimated annual revenues in excess of $4 billion dollars. On a side note, DeWalt is often involved in NASCAR sponsorship.

First off, we have Husky, a brand known for producing middle-of-the-line or average tools, nothing overly special but also nothing terrible. What is important to note is that while Husky power tools are seen as being average in quality at best, their mechanic’s and hand tools are actually very highly regarded. In terms of Husky power tools, these are marketed towards homeowners and DIYers, and they are ideal for occasional and lightweight work, although nothing serious.

On the other hand, the hand and mechanic’s tools are seen as being much better, and they can often be found in professional settings. Although Husky power tools do feature limited durability and longevity, they are functional, user-friendly, and comfortable to hold. Let’s keep in mind that Husky tools are made exclusively in China and Taiwan.

Husky tools are fine for basic use, and moreover, they aren’t too expensive either. 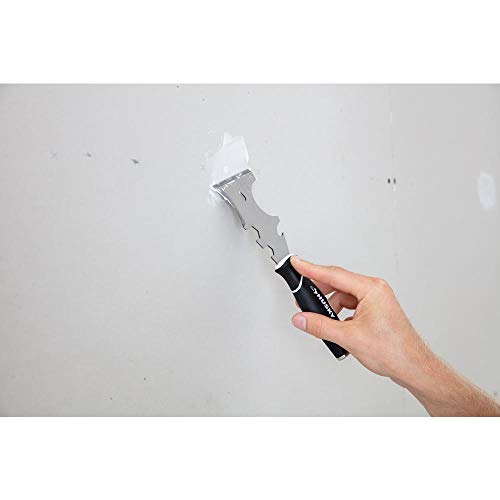 Next, we have DeWalt, a brand known for producing a large selection of relatively high-end tools, with their power tools definitely being higher end than those from Husky. While DeWalt is not seen as the number one brand in terms of tool quality and longevity, it is up there with the best of them. DeWalt is highly regarded by professionals too, at least many of them.

Of course, there are some differences in opinion, but for the most part, DeWalt tools are seen as being more than good enough for basic use around the house, with most of them also being good enough to handle daily heavy-duty work. Now, DeWalt tools generally come with quite a price tag and are certainly more expensive than Husky tools, but you get what you pay for, and with DeWalt, what you get is durability, comfort, and longevity.

Husky has lifetime warranties on its hand and mechanic’s tools. Most power and jobsite tools feature two- or three-year limited warranties. 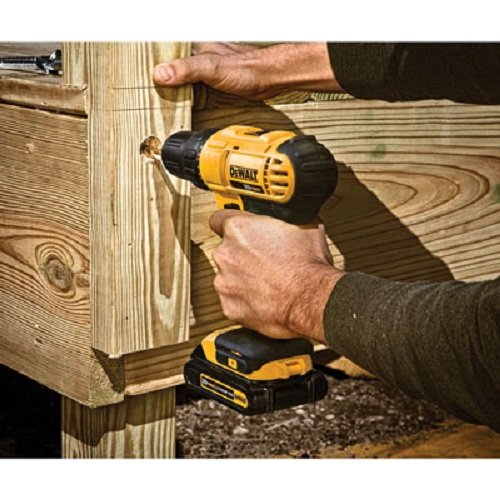 Husky vs. DeWalt: Which Has a Better Product Portfolio?

In terms of the product portfolios of these brands, it’s really quite simple.

DeWalt is a much larger brand and has way more products to purchase, both in terms of product categories and the selection of products within categories. Important to note is that Husky has tons of hand and mechanic’s tools, while DeWalt is the far better option for power tools.

Which Brand Offers a Better Selection of Hand and Mechanic’s Tools?

There is no doubt about the fact that Husky does have the far better selection of hand and mechanic’s tools. For instance, Husky currently has 43 different mechanic’s tool sets for sale, whereas DeWalt currently has 18 sets listed. The story is the exact same for other hand tools.

Which Brand Offers a Better Selection of Tool Boxes?

On the other hand, DeWalt has the much larger selection of tool storage options, literally hundreds, if not thousands of tool bags, tool boxes, full-size tool cabinets and more. 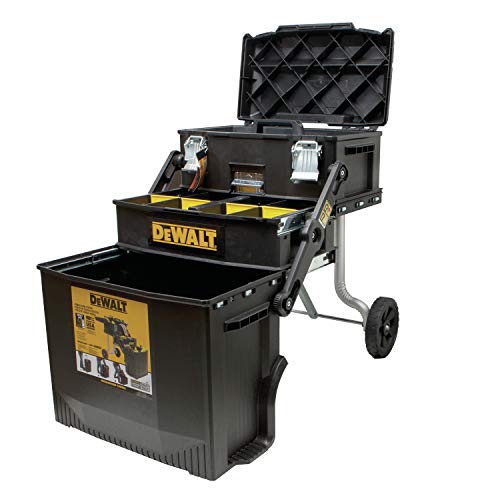 When it comes down to it, quite honestly, no matter the scenario, DeWalt is the brand we recommend.

Sure, Husky might be better for some hand tools and mechanic’s tools, but that is about it. If you are looking for quality power tools and outdoor equipment, it’s DeWalt you want to go with.

What you need to remember here is that both of these brands are really good in their own right.

It just depends on what you need. If you need power tools and outdoor equipment, check out DeWalt, but if you need hand tools and mechanic’s tools, it’s Husky that is the winner.

How Do Husky and DeWalt Compare with Other Brands?