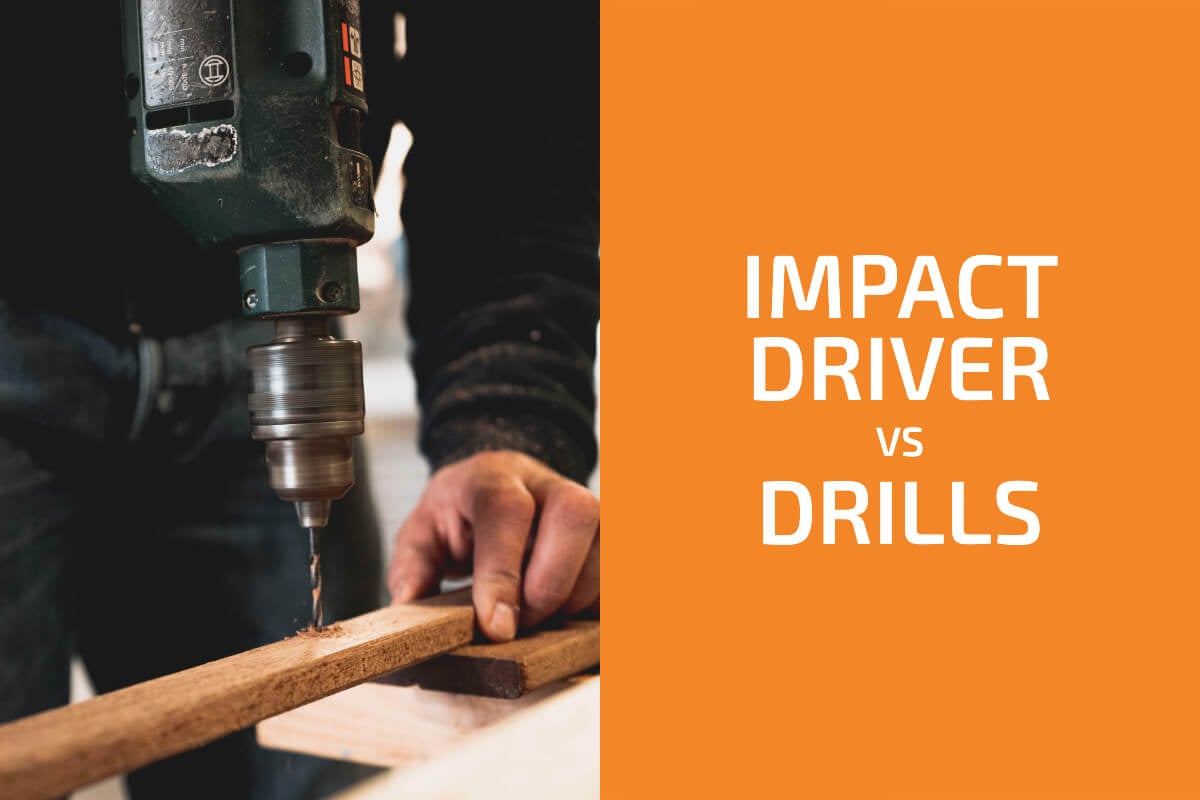 Have you ever confused a standard drill with an impact driver? If so, you’re not alone. These two electric power tools look fairly similar and have a similar mode of operation at first glance. As a result, many DIYers and even some professionals attempt to use these power tools interchangeably when working on a job.

The truth of the matter is that a drill and an impact driver are not interchangeable, though. In reality, each of these tools has an intended purpose which allows them to accomplish certain jobs more efficiently. As is always the case, choosing the right tool for the job – whether that’s a drill or an impact driver – can help keep you, the user, safer as well.

To help you understand these two tools more effectively, this guide will break down both the impact driver and the standard drill at a basic level. Then, you’ll be able to see the differences between each when it comes to factors such as power, force, size, price, and more. This guide will even touch on hammer drills so that you can understand how all three of these power tools differ when it comes to their essential operations.

Impact Drivers and Drills: The Basics

Let’s start by looking at what each of the tools is.

What is a Drill? 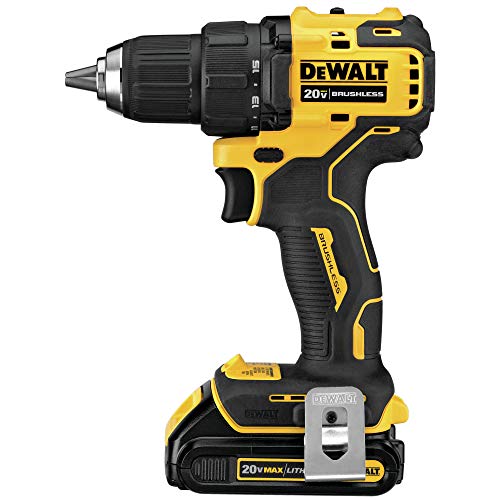 If you have much experience as a craftsman, either professionally or as a DIYer, then you’re probably well familiar with an electric drill at this juncture. Even so, it is worth your time to consider the basic operational elements of the tool so that you’ll be better able to differentiate one from an impact driver down the line.

With that in mind, a drill is a pistol-shaped, electric power tool designed to make drilling holes quick and easy. To do this, a built-in motor is activated, which in turn spins a drill bit that has been secured by the built-in chuck. These drill bits allow holes of different sizes to be created, while different drill bit types allow holes to be created in materials such as metal or stone.

Drills come in several different styles as well, each with their own operational proficiencies. Cordless drills, for example, are more portable than their corded counterparts. Meanwhile, hammer drills add a hammer-like force behind the unit’s drilling motion. This allows it to drill through masonry with ease.

These functions can also be separated out in a single unit, which is known as a rotary hammer drill. These units tend to provide better drilling progress while sacrificing some acceleration and core power.

Some of the best drill brands include DeWalt, Makita, and Milwaukee.

What is an Impact Driver? 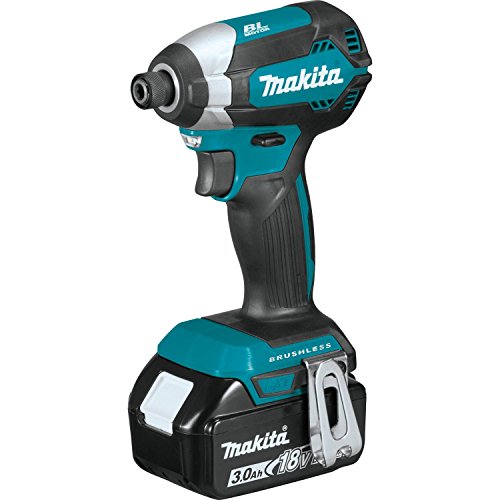 Many professionals and DIYers alike are unfamiliar with impact drivers, not least due to misconceptions about their similarity to drills. However, when it comes to their actual use, impact drivers are designed to apply torque and force while in the process of tightening a screw or a nut.

This makes the impact driver a must-have tool for jobs where reliable, consistent tightening is a must.

Impact drivers also feature a built-in motor that is designed specifically to maximize torque applied to the bit. Those bits, in turn, are reinforced to ensure that they do not degrade or warp when placed under the unit’s added pressure. However, said bits are not usually pointed at the end. Instead, they are shaped for compatibility with nuts and screws of all kinds.

Impact Drivers vs. Drills: What are the Differences?

Without much experience using both tools, you might just assume that impact drivers and drills can perform the same functions based on their general shape.

But as it turns out, these two tools don’t have much cross over when it comes to the basic operations. As such, you should keep these following differences in mind when choosing either a drill or an impact driver for your next job.

When you’ve used a drill in the past, you’ve likely noticed that its power is fairly consistent after engaging the trigger. This is by design because it is easier to bore out a clean hole when a drill is providing a consistent level of torque to its drill bit. This level of power is usually based on one or more speed settings that allow a user to determine their unit’s operational efficiency in a succinct manner.

Meanwhile, an impact driver’s motor outputs power in timed “bursts,” which can be felt while using the device.

These bursts maximize the unit’s output torque, which is essential for accomplishing an impact driver’s main operational task. These bursts are also applied automatically when the device senses resistance, which typically gets greater as a screw or nut is tightened into place.

Also, drills and impact drivers differ when it comes to the application of force. Drills do not apply force as part of their operation and instead rely on the user to apply force to the device in any direction they desire. Impact drivers, on the other hand, direct some degree of force through their bit. This is done to replicate the effect of a hammer tapping on the back of the device, which in turn causes the target nut or screw to be forced downward.

When looking at drill and impact driver bits side-by-side, you might at first assume that they serve a similar function. You might even think that they are compatible with both devices. But that is not usually the case.

Along the same lines, drills and impact drivers use different methods for securing their bits. As noted, an impact driver uses a hex collet. These collets often feature a quick-change clamp that allows for more flexibility when switching between different bit types. Meanwhile, a standard drill uses a manually-adjusted chuck which can be tightened and loosed to accommodate different-sized bit shanks.

Most importantly, though, these two kinds of bits differ when it comes to the shape of their head or tip. Drill bit heads come in many shapes and sizes, making them able to drill through many different kinds of materials. Conversely, impact driver bit heads are most often shaped like screwdriver heads. This allows them to connect with and gain traction with many kinds of nuts and screws.

That said, there are regular drill bits with hex shanks for impact driver use as well. 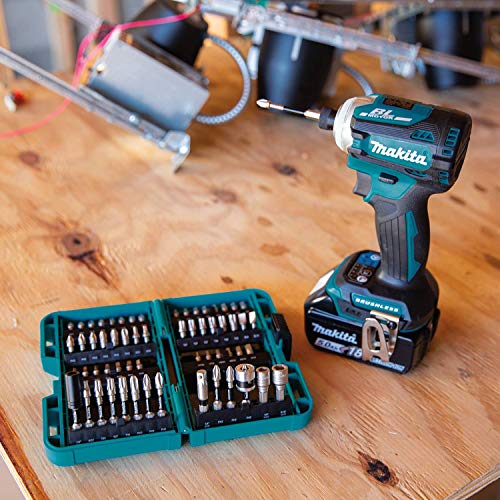 Size and Ease of Use

Despite utilizing a similar pistol-shaped form factor, standard drills and impact drivers are slightly different when it comes to size. To be precise, impact drivers are noticeable more compact and lighter. This makes them far easier to hold onto and use over extended work sessions.

Impact drivers also include an operational feature that can reduce user fatigue. When an impact driver’s motor puts out torque in bursts, it is also causing a lateral force to be exerted through the bit. This causes the target screw or nut to be forced downward without requiring additional pressure to be applied by the user.

When it comes to pricing, drills and impact drivers differ once again. In most cases, standard electric drills are the cheaper option out of the two. This is because there is much greater demand for that multi-use tool, which in turn has led to a lot of competition in the handheld drill market. Impact drivers, meanwhile, tend to cost a bit more due to their single, specialized use and isolated application in the construction industry.

Impact Drivers vs. Hammer Drills: What Are the Differences?

There’s one more power tool that looks like a standard drill but operates in a slightly different manner – the hammer drill.

Hammer drills operate like regular drills so far as boring through materials with the use of a sharp bit is concerned. However, they have the added function of applying directional force behind the bit as it drills. This is done to add a so-called “hammer action” behind the drilling process, which in turn makes it easier to work through masonry.

Instead, impact drivers are primarily designed to tighten nuts and screws through the application of torque. The only similarity between these two devices lies in their pistol-shaped form factor and their use of a “hammer action” to maintain a reliable amount of directional force. 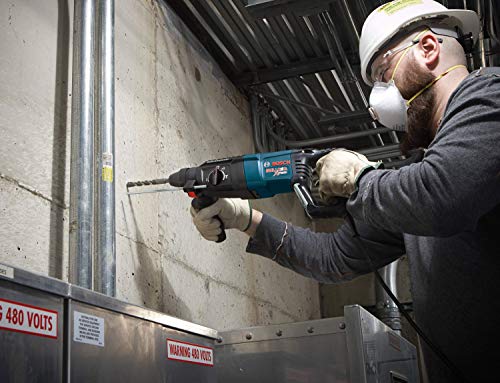 Can an Impact Driver Drill Holes into Concrete?

In theory, yes, an impact driver could be used to drill holes in concrete. However, doing so is subject to some limitations.

For example, you’ll need to use a drill bit with a 1/4-inch hex shank as well as a proper tip for drilling through masonry.

All things considered, an impact driver is not the right tool for this job. Instead, you should seek out a drill and bit set that is optimized for this purpose. This will ensure that you can complete this boring job successfully without putting yourself or your valuable power tools at risk for damage or harm.

As you’ve now seen, impact drivers and standard drills are not so similar after all. In fact, apart from appearing similar on the outside, these two power tools differ a lot when it comes to the types of bits they use and the kinds of jobs they can accomplish.

Be sure to take into account the differences listed above when deciding which of these tools you’ll choose when traveling to your next job site.