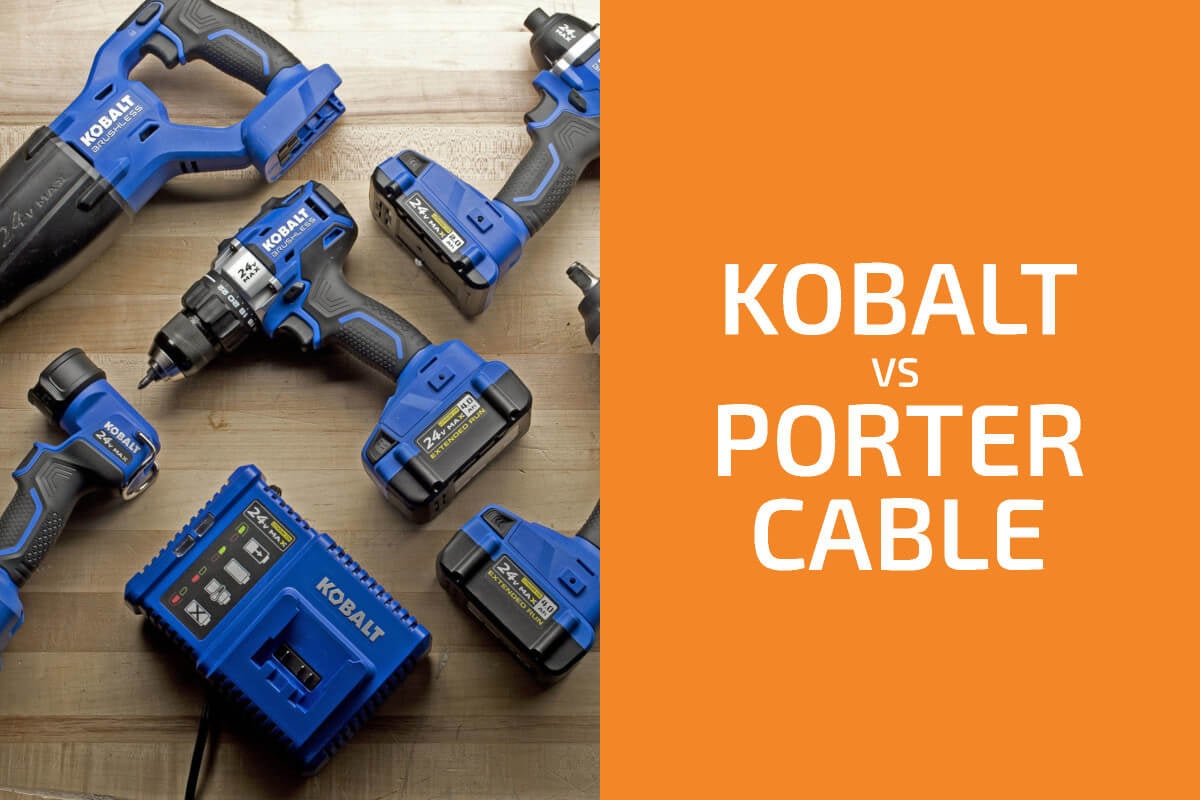 Handyman's World is a participant in the Amazon Services LLC Associates Program, an affiliate advertising program designed to provide a means for sites to earn advertising fees by advertising and linking to amazon.com.
If you are looking to upgrade your arsenal of power tools, there might be a couple of specific brands that you are focusing on. Two popular brands, although not massive when compared to some of the other big players, are Kobalt and Porter-Cable.

Now, if you had to choose between those two, which one should you go with?

A Brief History of Kobalt and Porter-Cable

What is interesting to note, right off the bat, is that Kobalt is actually the house brand of the Lowe’s Home Improvement Store chain in the USA. This is an American brand, and it can be found all throughout North America, mainly in Lowe’s, but also online. It is also important to note that Lowe’s is one of the absolutely largest home improvement stores in both Canada and the USA.

The company was first launched in 1998, and this was done by Lowe’s and its manufacturing partner, J.H Williams. Equally as interesting is how Kobalt as a brand was first designed specifically as a direct competitor to the Sears and Home Depot house brands of tools, Craftsman and Husky, respectively.

Right now, Kobalt focuses on hand tools, mechanic’s tools, power tools, and storage tools. At this time, the Kobalt company headquarters is located in North Carolina. Keep in mind that the Danaher Corporation is manufacturing the vast majority of its products.

When compared to the other big tools brands out there, Kobalt is not huge, but still comes in at a respectable yearly revenue of 490 million to 600 million dollars.

In terms of Porter-Cable, this is a much older brand, as it was first introduced to the market in 1906. It was founded in Syracuse, New York. As such, this is also an American brand of power tools. The company was first started by three men, R.E. Porter, G.G. Porter, and F.E. Cable, which is why the company has the name that it has.

At this point in time, the headquarters of Porter-Cable are located in Jackson, Tennessee.

Porter-Cable focuses almost exclusively on power tools and power tool accessories. It’s not a huge company, but what is interesting is that the first portable belt sander, portable band saw, and helical drive circular saw were all introduced to the market by this brand.

Porter Cable has an estimated 3,000 employees, with estimated annual revenues of 100 million dollars.

To start, Kobalt is a brand known for making decent or average tools, maybe slightly above average. They may not be seen as the world’s best tools, but they are also far from the worst.

These tools are sold primarily at Lowe’s Home Improvement stores as mentioned earlier. For the most part, they are marketed and geared towards hobbyists, those needing to do home repair, DIYers, and so on. In other words, Kobalt tools are intended for light, occasional, and basic use, rather than for professional work.

Yes, Kobalt tools are known for being quite functional, comfortable to use, and affordable. However, their level of durability is not exactly ideal for heavy, long-term use.

When it comes to the location of manufacturing, some of Kobalt’s mechanic’s tools are made in the USA, a couple of products are German made, and the vast majority of products come out of China. 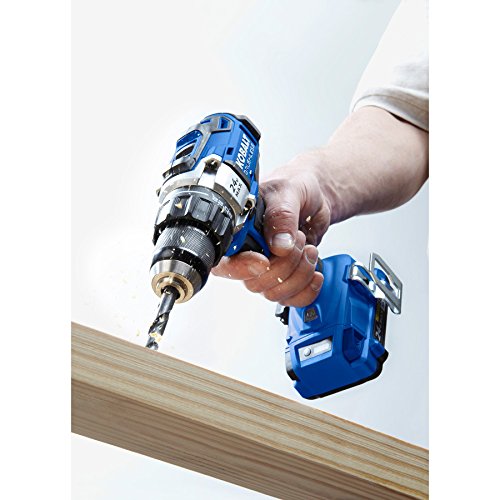 On the other hand, we have Porter-Cable. This brand is also known for producing lightweight, comfortable, and functional tools. Now, just like with Kobalt, these tools are marketed towards DIYers and for home repairs, and other such basic jobs. They are also seen as being ideal only for lighter-duty use, mainly around the house. 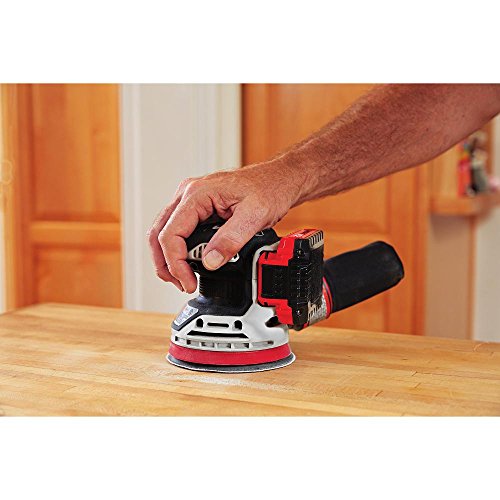 When it comes to Kobalt, what kind of warranty you get depends on the specific tools. Depending on the products, they may come with satisfaction guarantees. They also come with three- or five-year limited guarantees. A limited selection of tools even comes with a lifetime warranty.

As you can see, the warranties offered by Kobalt are in general better than those of Porter-Cable.

Kobalt vs. Porter-Cable: Which Has a Better Product Portfolio?

While the selection of Kobalt power tools is decent, in the grand scheme of things, the brand does have a smaller product portfolio than that of Kobalt. 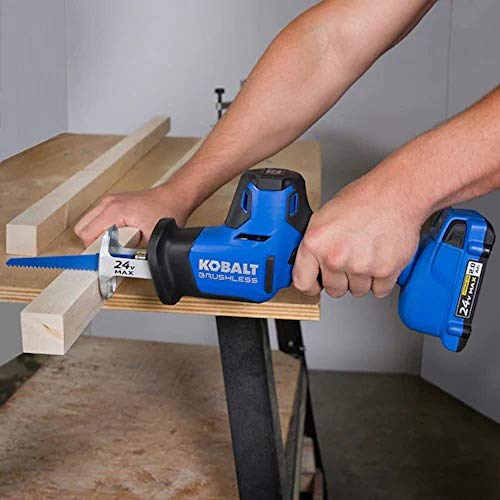 Which Brand Offers a Better Selection of Cordless Tools?

What can be said is that in particular product categories, such as cordless drills, Porter-Cable does actually have the better selection. Seeing as Porter-Cable focuses almost exclusively on power tools, it does have a pretty good selection of them, and yes, this includes the cordless tools too.

When it comes down to it, if you want decent quality at decent prices, good warranties, and a wide selection of products, Kobalt is the way to go. However, if you are focusing on power tools, particularly cordless ones, then Porter-Cable may be the better option. 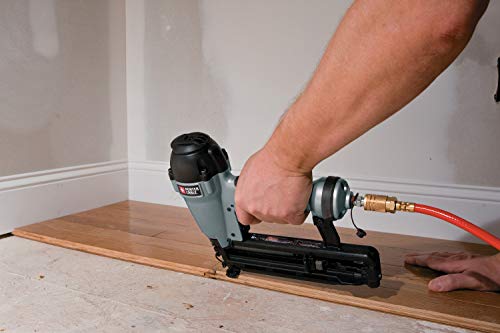 At the end of the day, Porter-Cable and Kobalt are about on par in terms of quality.

The final choice here will likely come down to the selection of available products.

How Do Kobalt and Porter-Cable Compare with Other Brands?