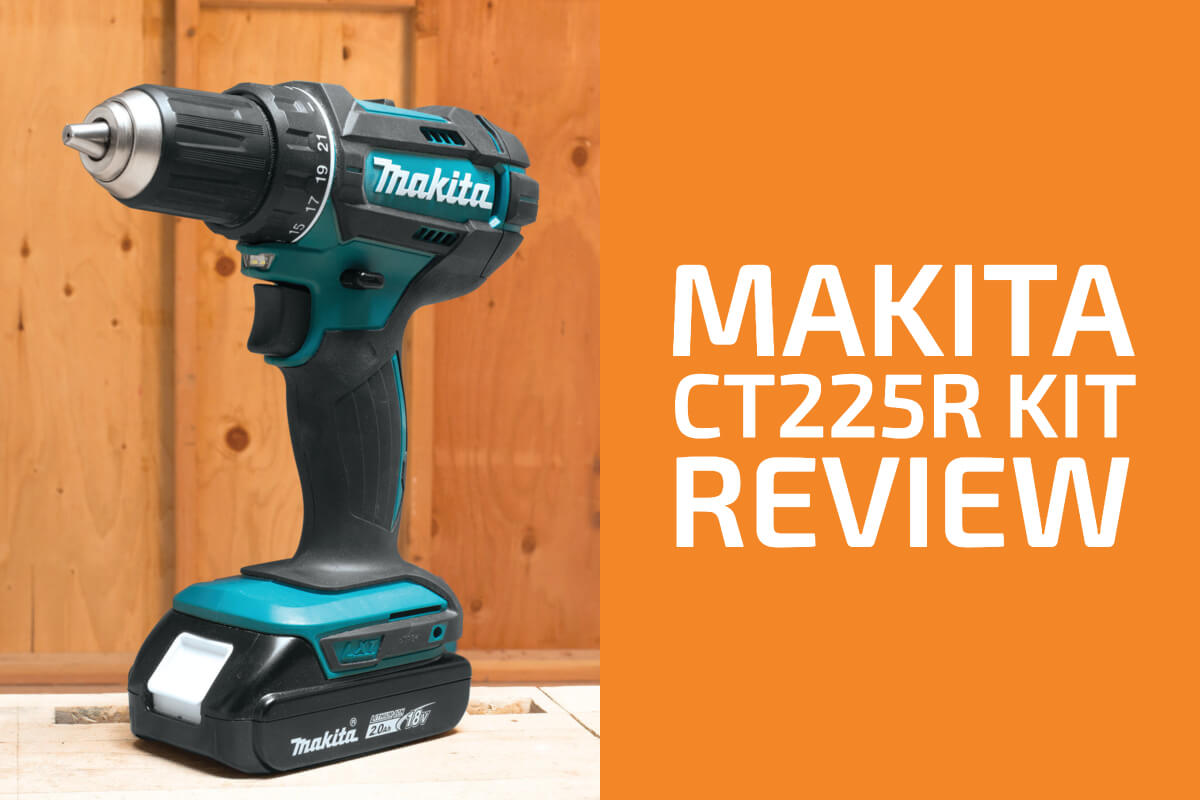 Handyman's World is a participant in the Amazon Services LLC Associates Program, an affiliate advertising program designed to provide a means for sites to earn advertising fees by advertising and linking to amazon.com.
REVIEWED PRODUCT

An impact driver and cordless drill set made by one of the world’s best-known power tool brands.

In a hurry? Unless you do a lot of heavy-duty drilling or need a hammer drill, the Makita CT225R 18V LXT Combo Kit is a great product to get.  It offers Makita’s well-known quality at a good price. If you are looking to get your first set of power tools or to replace your impact driver and cordless drill, then I highly recommend you to consider this set as one of the top contenders.

Whether you are a pro handyman or just someone that likes to do a DIY project every now and then, an impact driver and a cordless drill are two of the most fundamental power tools to have. While they can be bought separately, some of the makers also sell combo kits that oftentimes provide great value.

One of those is the Makita CT225R 18V LXT Compact Cordless 2-Piece Combo Kit. In this review, I’ll look at it in detail. I’ll talk about what the set includes, how it performs, when is it worth getting, and what the alternatives to consider if you are looking for a product like this are.

In short, the Makita CT225R combo kit is a product that – with a good set of drill and screwdriver bits – will help you drill almost any hole and tighten almost any fastener.

Two 18-volt power tools – an impact driver and a cordless drill – are the main part of this kit. Besides that, it also comes with a number of accessories including batteries and a charger.

Weighing just 2.8 pounds including battery, the impact driver included in this set – XDT11Z – is the lightest of the four 18V models Makita offers.

The driver is equipped with a standard 1/4″ hex shank. As such, you can use it with more or less any set of drill or driver bits designed for use with impact drivers.

Being able to deliver a no-load speed of up to 2,900 RPM and up to 3,500 impacts per minute, it is not the most powerful impact driver in the company’s line-up. For example, the brushless XDT13Z is able to deliver up to 3,400 RPM and 3,600 IPM. It has no speed settings.

That said, for most applications that you will normally encounter, it will be more than sufficient.

If you want to compare the specs of the four models side by side, you can do so using Makita’s comparison tool.

Just like the impact driver, the cordless drill included in this combo is the lightest one that Makita offers. It weighs just 3.3 pounds including battery, 0.6 pounds less than XFD12Z, the second lightest model.

The drill has two different speed settings, one delivering up to 600 RPM and the other up to 1,900 RPM. That’s fairly comparable with the other three models. However, where the lightness of the drill reflects fairly significantly on its performance is in maximum torque and drilling capacity.

XFD10Z’s maximum torque is 480 inch-pounds which is about half of the strongest model, XFD07Z. Like all of the other Makita cordless drills, it has a drilling capacity of 1/2 inches for steel. However, for wood, it’s only 1-1/2 inches, compared to 3 inches that the top two models offer.

The lack of power – unless you truly need it – is a fair cost to pay for the compactness, though.

Besides the above, the kit also comes with a pair of 2.0 Ah batteries and Makita’s “Rapid Optimum” charger.

Finally, all of the above comes in a tool bag. While you might not end up using it if you already have a system for organizing your tools, it’s still nice to have.

Having personally used Makita impact drivers for quite a few years now, I have nothing bad to say about them. A company that I work with has more than a dozen of them, uses them in rain and heat, and none of them ever failed.

Judging from other reviews, the vast majority of other users seem to share the same sentiments. That applies to both the impact driver as well as the drill.

While it’s quite unlikely, if any part of your Makita CT225R combo kit fails because of the manufacturer’s fault, you can use Makita’s 3-year limited warranty.

Working with the tools included in the set will be about as smooth and easy as it gets in most standard situations.

Since the impact driver is equipped with a standard 1/4″ hex shank, you’ll be able to use almost any bits. And, because of the tools’ lightness compared to other similar models and their ergonomic handles, you will be able to work longer without putting too much strain on your body.

That said, some users have complained about the drill getting hot and shutting down after not much continuous use. As such, the drill included in this set is not ideal for drilling through very thick materials.

Should You Buy the Makita CT225R Combo Kit?

By this point, you likely already know that the Makita CT225R 18V LXT Compact Cordless 2-Piece Combo Kit is a quality set of the two most basic types of power tools. That does not, however, necessarily mean that you should buy it.

Some of the cases in which you should consider not getting this set include:

That said, if the above doesn’t apply for you and you are looking to get both an impact driver and a drill, then this kit should be a serious contender. Not only are both of the tools it comes with very good, but getting them as a kit can save you some money as well.

The Makita CT225R 2-piece and CT322W 3-piece kits are almost identical. They both include the same impact driver and the same cordless drill.

What differs, though, is that the CT225R comes with 2.0 Ah batteries compared to the CT322W’s lower capacity, 1.5 Ah batteries. The tool bags they come with are slightly different in design as well.

Finally, the third piece in the CT322W is an L.E.D. flashlight, model DML186W, that can be powered using the same 18V batteries. The flashlight is equipped with 6 bulbs and can deliver up to 500 lumens to brighten up your workspace.

All in all, the CT225R really has all you need – you can get a flashlight separately for a better price. And, its batteries have slightly higher capacity. So, there are basically no cases in which I would recommend you to get the CT322W instead of the CT225R.

What Are the Alternatives?

If reading this made you realize that this Makita combi kit is not for you, here are some other products that might suit you better instead.

Assuming you still want an impact driver/drill kit but need more power, consider the higher end Makita XT268T combo. If you realized that you only need one of the two tools in the kit, consider buying either the XDT11Z impact driver or the XFD10Z cordless drill as standalone tools.

Of course, combo kits by other brands – like the DeWalt DCK240C2 or the Milwaukee M18 set – are options well worth considering as well.

Regardless of the type of work you do, chances are that having reliable impact driver and cordless drill is crucial for you to get your job done.

If that’s the case, I can only recommend the Makita CT225R combo kit in most circumstances. If you decided you only need an impact driver, check my ranking of the best Makita impact drivers.

While the tools included are not the most powerful one Makita or other brands produce, they are more than sufficient for the vast majority of applications. Not only that, but they are also some of the lightest ones meaning your hand won’t be as strained as when using some others for a prolonged time. Finally, you will get Makita’s quality – meaning you won’t have to worry about your impact driver or cordless drill breaking after a few months of (proper) use.

An impact driver and cordless drill set made by one of the world’s best-known power tool brands.