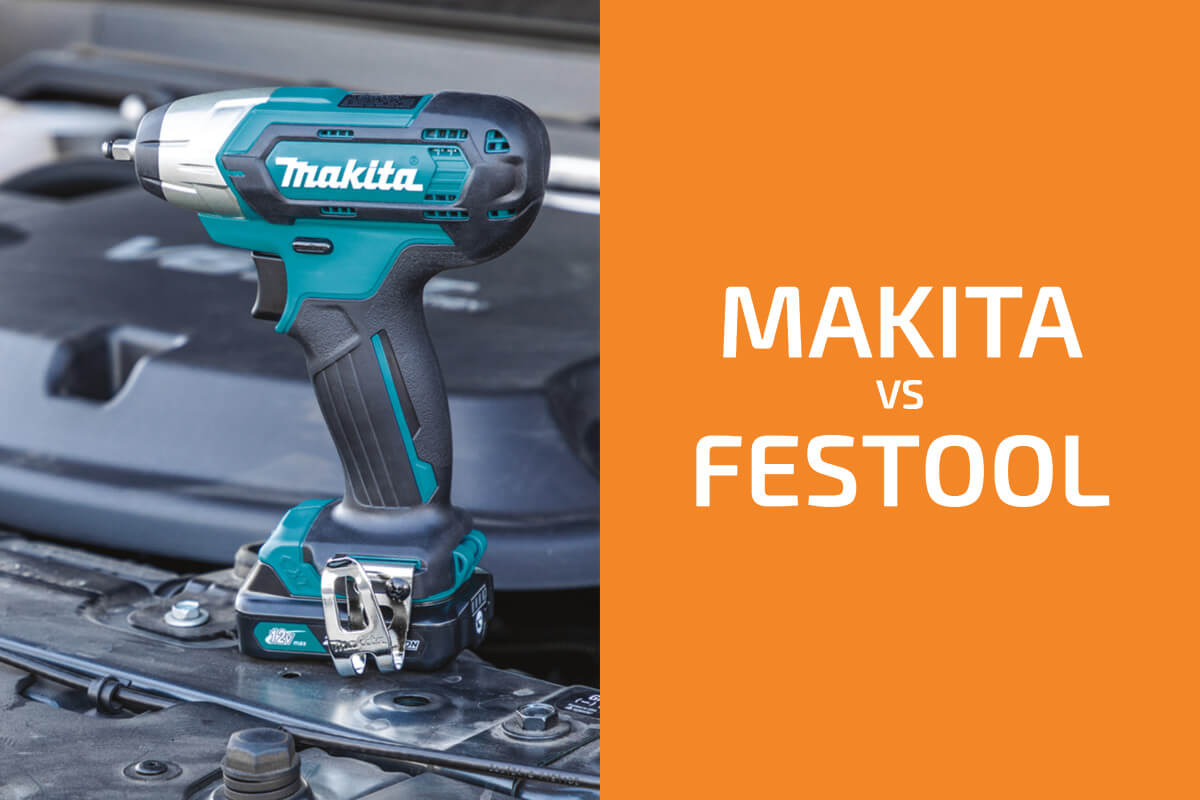 If you are looking to create a superb arsenal of power tools, you are probably looking at some specific brand names. Two really popular ones include Makita and Festool.

Both brand names are fairly popular, and they do both produce top-notch tools for all sorts of jobs. That said, you probably only want to use tools from a single brand name, so which one should you go with?

Let’s compare the two brands from a variety of angles to answer the question.

A Brief History of Makita and Festool

Makita is a brand that you are probably quite familiar with. It is a Japanese power tool manufacturer that was started back in 1915 in Anjo, Japan by Mosaburo Makita. When the company first started, the main point of it was to sell and repair transformers, motors, and lighting equipment.

However, in 1958, Makita introduced its first portable electric planer, and by the next year had become a full-blown manufacturer of power tools. What is interesting to note is that in 1978, Makita launched the 6010D rechargeable drill, which was officially the first drill that used a nickel-cadmium battery.

This company is headquartered in Japan but has factories in various locations around the world. Makita has somewhere around 15,000 employees.

When it comes to Festool, it’s not quite as old as Makita, as it was founded in 1925 by Gottlieb Stoll and Albert Fezer, and was originally known as Fester & Stoll. In 1933, the company’s name was shortened to Festo. In 1992, Festo founded the Festo Tooltechnic brand, with a spin-off then being created in the year 2000.

This spin-off was dedicated to power tools and is what we now know to be Festool.

Today, Festool is owned by the Festool Group GbbH & Co. based in Wendlingen, Germany. Keep in mind that the cmpany is actually a subsidiary of the TTS Tooltechnic Systems Holding Company. Still, the company remains partially owned by the family of Gottlieb Stoll.

Festool is a very small company, one with under 1,000 employees, with total revenue of 340 million Euros. What is interesting to note is that Festool was the first brand name to create the first portable chainsaw in 1927.

When investing a lot of money into power tools, you obviously want to get products that have a high level of quality, so which of these two brand names is better in this sense?

Well, first off, we have Makita, which is known for manufacturing its products in various countries around the world including, China, Brazil, Japan, Romania, Mexico, the UK, Germany, Dubai, the USA, and Thailand.

That said, the vast majority of the tools made by Makita are manufactured in China. This does of course bring the issue of quality into question, as many manufacturers produce their goods in China due to lax labor and manufacturing laws. Makita tools are generally known to be decent in quality, and also quite affordable too.

When it comes to quality, Makita is quite good, although probably not the best, especially when compared to Festool.

The reason why we are saying that Festool has a higher quality product is for two reasons, with the first being that the vast majority of Festool products are manufactured in Germany, a country which enforced and adheres to very high manufacturing standards. These standards then translate to excellent tool quality.

The other reason we say this is because you get what you pay for, and yes, Festool products are very expensive.

They are so expensive because the materials used in manufacturing are top-notch, and the manufacturing process is closely monitored. Moreover, it’s also important to note that Festool is marketed towards professionals only. These are not tools that an average Joe would purchase for use around the home. 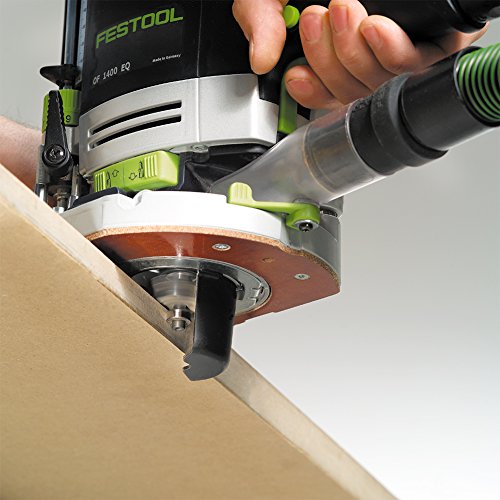 Something else worth noting is that Festool offers some truly fantastic warranties on their products. First off, they offer a 30-day money-back guarantee if you are not happy with the tools. Second, if your product breaks due to the failure of a certain part, the tool will be serviced or replaced for up to 10 years.

All their tools also come with a comprehensive three-year warranty that covers all sorts of wear and tear, plus you can purchase an additional two-year all-inclusive warranty as well. Simply put, if anything goes wrong with your Festool tools, you should be covered.

Makita also offers some decent warranties on its tools. This includes a limited one-year protection warranty for all Makita tools which covers defects. Most cordless products from Makita are covered by a three-year limited warranty, and outdoor gas power equipment is covered by a limited two-year warranty.

As you can see, when comparing Festool and Makita, the former has the better warranties by far, although some of them can be costly to purchase.

Makita vs Festool: Which has the Better Product Portfolio?

What is important to know here is that both brands make a wide array of corded and cordless tools. Both brand names produce an array of drills and impact drivers, various types of saws, dust extraction products, semi-stationary tools, planers, oscillators, grinders, polishers, and more.

However, in the grand scheme of things, Makita does have a larger selection across the board.

The selection available at Makita is twice the size of that of Festool, if not even more. However, do remember that there is the issue of quality vs. quantity. Festool may not produce as many products as Makita, but they all tend to be of very high quality, as they are designed strictly for professional use.

Something worth noting is that Makita also produces a wide range of gas, battery-powered, and electric outdoor tools, such as chainsaws, pole saws, lawnmowers, leaf blowers, and other such things, none of which are produced by Festool. 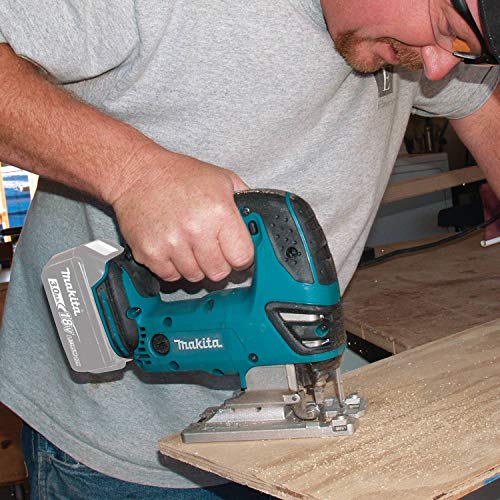 Which Brand Offers a Better Selection of Track Saws?

As mentioned above, Festool does have an impressive lineup of track saws, and at this time has 14 different options available, which is quite good.

On the other hand, Makita produces an extremely limited number of track saws.

If you need a good track saw, Festool is your best bet. 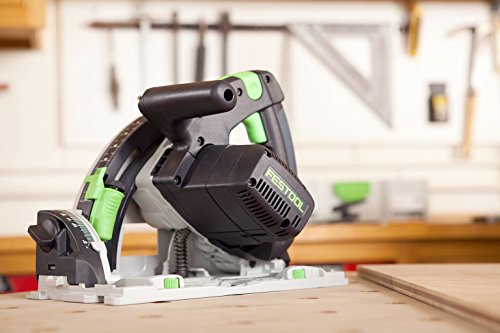 When it comes to drills, both corded and cordless, Makita is the brand name that offers a better selection.

For example, if you are looking for a cordless drywall screwdriver, you will find that Makita has about 7 or 8 of them, whereas Festool only has a couple of them.

There is no doubt about the fact that both Makita and Festool are great brand names, although they are clearly not made for the same people.

Makita is fine for professional use but is also directed towards the more average user, such as people who need a saw to work around the house. Festool on the other hand is designed strictly for professionals and heavy-duty work. 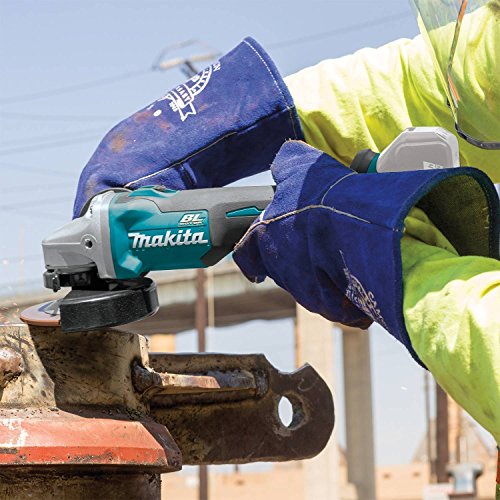 Both of these brand names are ones that can be trusted, and both are synonymous with quality products.

Sure, there are some major differences between the brand names, but at the end of the day, they’re both very good.

Which brand you go with really depends on what your needs are.

How Do Makita and Festool Compare with Other Brands?