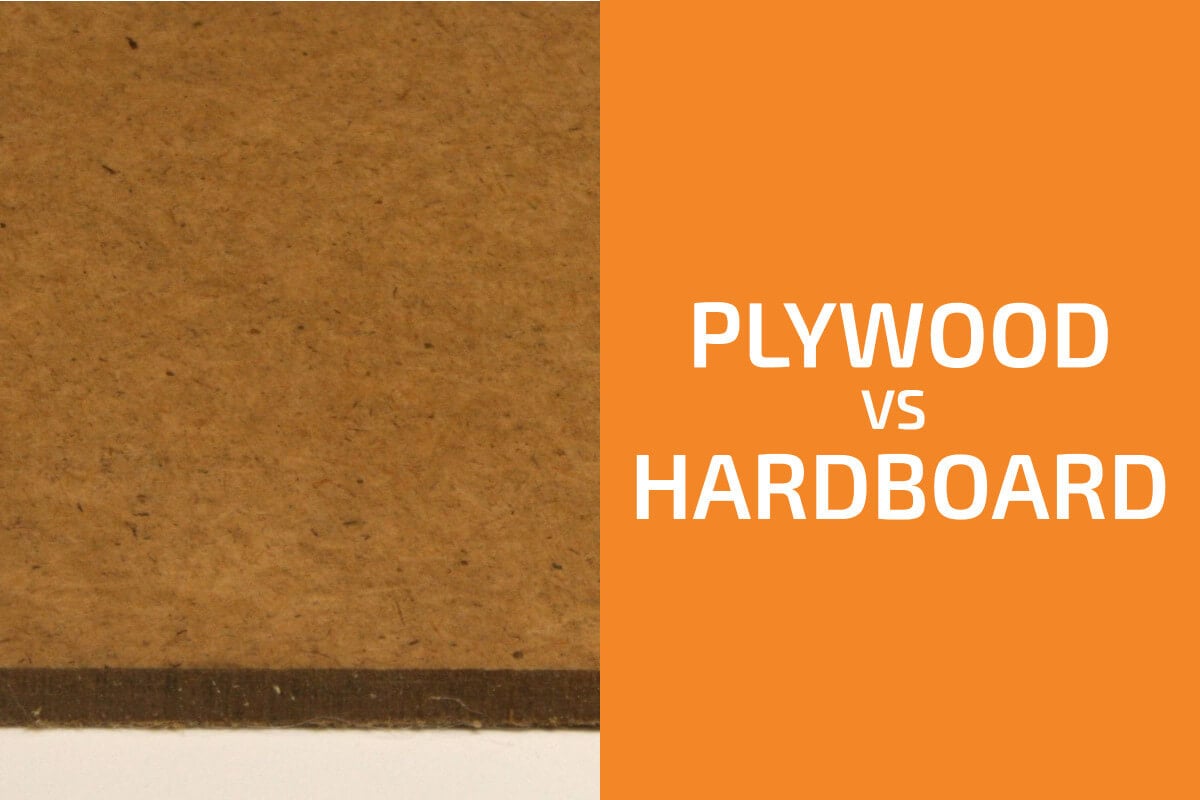 If you are planning to do some walling, roofing, flooring, and sheathing, or you want to build something like a shed, then two of the most popular building materials that you have access to include plywood and hardboard. Both of these products are types of engineered wood, and both are readily used for a variety of applications.

With that being said, although both are originally made out of wood, they are not at all the same things and do not have the same properties. Let’s figure out what they exactly are, as well as the differences between the two, so you can make an informed decision as to which one of the two to use for your next project.

Plywood and Hardboard: The Basics

Before we get into talking about the differences between plywood and hardboard, it is important for you to know what the two actually are.

Plywood is made by taking a large amount of wooden strips, also known as wooden veneers, and forming them into layers. It can be made out of as few as seven layers or plies, but can also contain up to 21 layers or more. It is built by creating the first layer out of wooden veneers which face north to south. The next layer would then face east to west, and so on and so forth.

In other words, each layer that plywood is made out of is perpendicular to the last. This perpendicular pattern, also known as a cross-grain pattern, is very strong and well known for being durable, great at bearing weight, flexible, and good at holding in screws as well. It creates some of the main advantages of plywood.

These layers are then joined together using a special mixture of adhesives and resins, and are then pressed together into the final shape. Keep in mind that plywood is usually made out of softwood, although the higher grades may also be made out of hardwood.

Old sawmill and forestry remains are taken and broken down into small fibers or chips. Using a combination of heat and extreme pressure, these wooden fibers are then compressed into the boards that we know as hardboard. What is very interesting to note here is that the wood used to make hardboard already contains enough resin to bind the word together and can be made using nothing more than heat and pressure.

In other words, there are no additional adhesives or resins needed to bind the chips or fibers together into hardboard sheets. As you can probably guess by the name of it, it is extremely dense and weighs as much as 65 pounds per cubic foot, one of hardboard’s main advantages or disadvantages – depending on how you look at it.

Plywood and Hardboard: What Are the Differences?

OK, so now that we know what both plywood and hardboard are, let’s figure out what the main differences between them are.

Although you might think otherwise due to the names of these two types of engineered wood, the simple reality is that plywood is actually much stronger than hardboard. Yes, hardboard is fairly strong, but it’s just not as strong as plywood. It cannot handle as much impact or weight as plywood. If you’re going for overall strength and durability, then plywood is definitely the better option to go with.

Another advantage that plywood has over hardboard is the fact that it is much more flexible. While hardboard is fairly durable, it really cannot flex very much. If something does not flex when it is impacted instead of just bending, it will actually break. Moreover, this also means that hardboard cannot really be used for applications that require bends or curves. You can use plywood to make guitars and skateboard ramps, but not hardboard. To learn about bending plywood, check this article.

Now, one of the advantages that hardboard has over plywood is the fact that it is much more resistant to insects. Plywood tends to have a lot of knots and holes in them, which insects can get into. Once insects get into plywood, they may begin to burrow through it and to make nests last, destroying it even further. Because hardboard does not have any of these holes and knots, it is much more insect resistant.

Another advantage that hardboard has over plywood is the fact that it’s more eco-friendly. Hardboard is made out of old scrap wood and no resins or waxes are used for the formation of it. On the other hand, plywood is made out of wood veneers that are taken directly from freshly milled trees. Moreover, various chemicals and resins are needed in order to form plywood.

Yet another advantage that hardboard has over plywood is the fact that it is more workable, or in other words, it is much easier to saw and paint than plywood.

This is probably going to be a draw because plywood does come in a lot of variety, including various grades designed for various applications. However, hardboard does come in very small pieces, large pieces, and everything in between, plus it can also come pre-colored.

Keeping all of that in mind, a disadvantage that you were faced with when it comes to hardboard is the fact that it is extremely heavy, much heavier than plywood.

Which of the Two Should You Choose for Exterior and Interior Use?

The simple fact here is that when it comes to exterior use, you want to use plywood as it is much more durable and resistant to moisture. However, for interior use where you need something that looks very good, is easy to paint, and even comes pre-colored, then it is hardboard that you want to go with.

Moreover, plywood is also the much better option to go with for both flooring and roofing as it is more flexible and durable than hardboard. Generally speaking, hardboard is a bit more decorative in nature, whereas plywood is more structural.

There you have it, all of the important differences between plywood and hardboard. Now that you know exactly what the two are, you can make an informed decision for your next project.