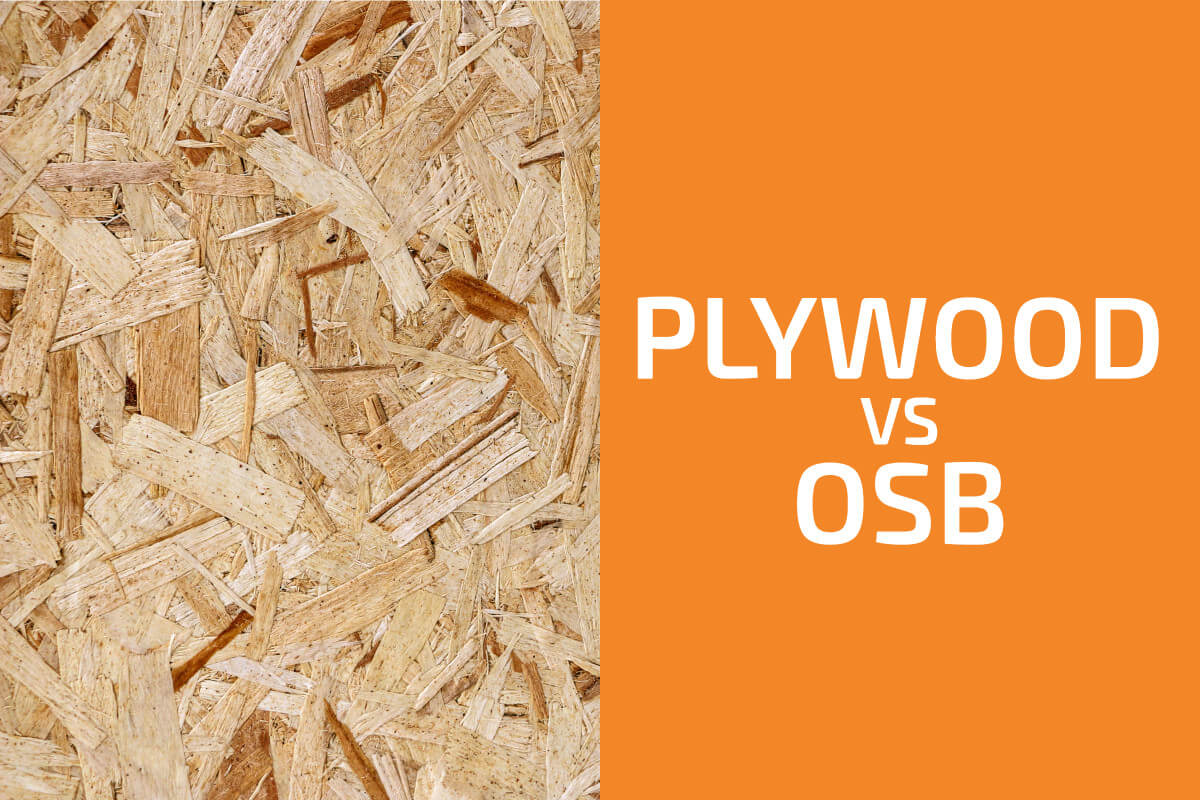 Plywood and OSB: The Basics

Before we get into talking about the major differences between plywood and OSB, let’s first figure out what both of these things are. To start off, what we need to say here is that both plywood and OSB are types of engineered wood.

As opposed to solid wood, which is cut straight from trees, cut into shapes, and then used as is, engineered wood is made out of old (or new) wood parts and scraps that are broken down, mixed with various adhesives, resins, and other components, and then pressed together into shapes using pressure, heat, and other methods.

First off, there are very many layers of these wood chips used to make a single piece of OSB. Exactly how many layers are used, however, does depend on the intended final thickness of the piece of the board in question. However, it is likely that there are many dozens of layers in one single piece.

Moreover, what you need to know is that these wood chips are organized in such a way that each layer is perpendicular to the last, meaning that we get a nice cross-grain pattern here, which is awesome for shear strength.

Yes, OSB is known for being quite strong. For the most part, oriented strand board is made with about 5% resin with the other 95% being wood chips. This is a very popular product to use for things like sheathing, flooring, roofing, and walling.

Plywood is another type of engineered wood product, but there is one major difference between it and OSB, at least in the way that it is composed. Whereas oriented strand board is made with short wood chips, plywood is made with long wood veneers, or in other words, long and thin strips of wood.

Orienting the wood veneers in a perpendicular or cross-grain manner from one layer to the next allows for awesome strength, shear strength, and screw holding power. Plywood is also a popular product to use for flooring sheathing, roofing, and walling. But with that being said, as you’re about to find out for a couple of different reasons OSB has actually overtaken plywood in popularity. For most of these applications.

Plywood vs. OSB: What Are the Differences?

OK, so now that we know what both plywood and oriented strand board are, let’s take a look at the major differences between the two so you can figure out which one is best for any application you may need them for.

As mentioned above, OSB and plywood differ in terms of their build. Plywood is made with 7 to 21 layers of softwood or hardwood veneer, whereas OSB is made with 50 or more layers of hardwood chips. This means that for the same size of sheet, OSB is much denser than plywood. This difference in the build between the two leads to most of the other differences that we are about to talk about below.

Another major difference between plywood and OSB has to do with the cost. What is surprising to note is that OSB does have many benefits over plywood, and yet it is also more affordable. A regular-sized sheet of OSB is going to cost you about $3 less than the same size of plywood. To provide you with an example of this, if you were to sheath a full 2,400 square foot home, then it would cost you about $700 more to do so with plywood than with OSV.

Another big advantage that OSB has over plywood is the fact that it is way more eco-friendly. This all comes down to the fact that plywood is made out of wood veneers which have to be cut from freshly cut lumber. This is of course not very eco-friendly because it requires fresh lumber.

Now much OSB is also made out of fresh lumber, but there is also some that is made out of old wood scraps and unusable wood. Moreover, if fresh trees are used for the wood chips for OSB, they’re generally very small types of trees that are very fast-growing and are therefore much more sustainable than the types of trees generally used to make plywood.

All that being said, plywood does have one big advantage over OSB, which is the fact that it deals with water much better. Yes, plywood will absorb water a bit faster than OSB, which may be seen as a bad thing, but plywood tends to swell very evenly, and then it dries out quickly and returns to its old shape just fine. OSB on the other hand, really only tends to swell at the edges, and it also has a hard time drying out as well as returning to its original shape, which can be very problematic, especially when being used for roofing in locations that are often wet.

The next major difference has to do with the size of the sheets. Plywood sheets often top out at 10 feet length, and OSB panels often top out at 16 or even 18 feet in length. In some cases, this can make sheathing, walling, roofing, and flooring much easier because you need much dearer sheets when using OSB.

Yes, both of these types of wood feature this so-called cross-grain pattern, but with that said, the fact that plywood is made with long strips of wood veneer as opposed to just wood chips, does make it much better for holding screws.

Due to the way in which the east two materials are built, OSB generally does not have any knots, holes, or weak spots; all things that plywood often suffers from, especially the lower grades of it.

Another disadvantage that OSB has when compared to plywood is the fact that it is much heavier. When building anything out of OSB it is going to take serious muscle to lift those large and dense handles.

OSB contains formaldehyde but plywood does not and this is a pretty big deal when it comes to health concerns.

One of the biggest advantages that OSB has over plywood is the fact that it is just much stronger, which is one of the main reasons why it is now the preferred material of choice for many different applications.

Although plywood is very flexible, OSB is even more flexible, and as you can imagine this comes with many advantages for a variety of situations.

Which of the Two Should You Choose for Roofing, Flooring, and Other Applications?

For typical uses of plywood, check this article. Separately, I also covered the common uses of OSB.

There you have it, folks, everything you need to know about the differences between plywood and OSB, so you can now make an informed decision as to which one to use for your next project.