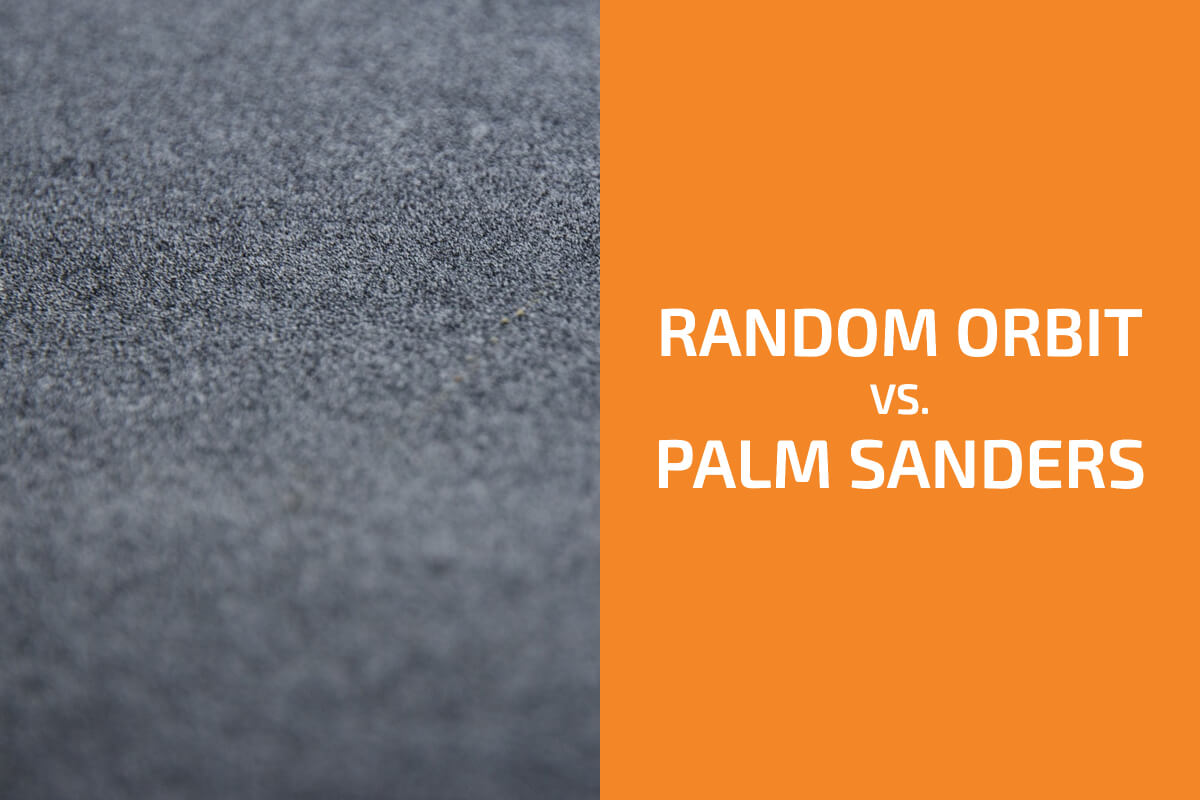 One of the most commonly found tools in handymen’s and woodworkers’ workshops are sanders. However, with many different types to choose from – both manual and powered – it can be difficult to figure out where to start.

This article looks at the differences between two of the most common power sander types – random orbit sanders and palm sanders – to help you figure out which one you should get.

Before we get into the comparison, let’s talk about the basics of random orbit and palm sanders.

First, though, below are my top picks for each of the two different tools.

A 5-inch corded random orbit sander made by a leading brand.

A 2-amp palm sander suitable for both amateurs and pros.

What Is a Random Orbit Sander? 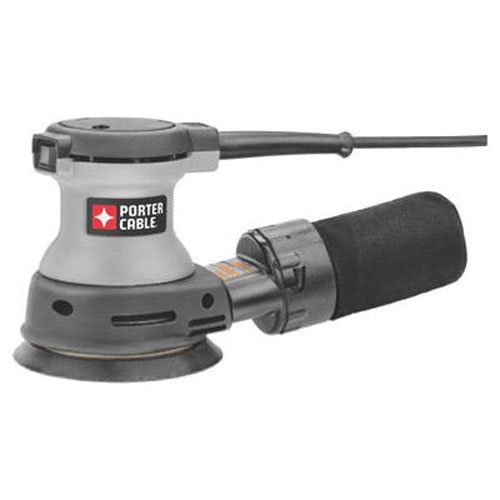 Random orbit sanders are handheld power tools for sanding in which the sanding blade delivers a random orbit action. They are usually powered either by electricity (corded or cordless) or air.

Most of the tools have a round pad that measures 5 to 6 inches in diameter and doesn’t spin on a central axis. The random orbit sanding action is produced by spinning the sanding disk and moving it in an elliptical pattern simultaneously. This movement pattern prevents swirl marks as no single part of the abrasive material travels the same path twice during a rotation.

You can use a random orbit sander both with and across the wood grain, making it particularly useful when sanding pieces of wood that will be fastened at right angles. Random orbit sanders use sandpaper disks which are attached using either a hook-and-loop system or pressure-sensitive adhesives.

Many models include dust collectors, with a vacuum sucking the discharged dust into a bag or canister. Holes in the sandpaper disks allow the sander to remove dust from the sanding surface.

What Is a Palm Sander? 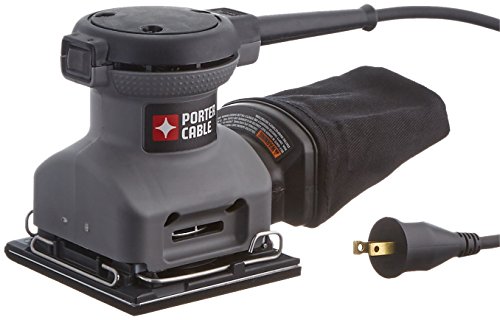 Palm sanders, also called finish sanders, get their name – wait for it – because they can fit in the palm of your hand. They are the smallest and lightest type of power sanders – and thus have the weakest motors. That makes them ideal for use in light jobs such as polishing a finished piece of wood that isn’t painted. However, it also makes them unsuitable to jobs such as removing paint or varnish.

Palm sanders move their square sand pads in small, circular orbits. They don’t require much muscle power to operate and will work with just a light touch. Applying too much pressure on the palm sander will damage the sander or wear out the pads sooner than they should be worn out.

Palm sanders are also the most affordable of the power sanders and are extremely easy to handle. Usually, they can use standard sheet sandpaper cut to size.

Random Orbit Sander vs. Palm Sander: Which Is a Better Tool?

If you are waiting for a clear cut winner in the “random orbit sander vs. palm sander battle,” I am going to disappoint you. Just as with any other such comparison, the answer is “it depends.”

However, below, I will take you through the primary differences between the two tools – which you should be able to use to understand their advantages and disadvantages. You should then be able to use that to pick the tool better for your job.

Random orbit sanders are good for rough work requiring plenty of power, while palm sanders are for delicate, light work requiring less power. The former can be used on curved wood and have the advantage of not leaving behind unsightly streaks or marks from sanding. On the other hand, palm sanders use an orbiting motion that can leave swirl marks.

They are more flexible than palm sanders and can be used for a broader range of purposes. If choosing between both sanders without any specific purpose, you should opt for a random orbit sander as it can be used for both finishing and paint removal from wood or metal.

A palm sander is also called a sheet sander or 1/4 sheet sander since it usually uses a quarter of a standard 9 x 11-inch sandpaper sheet. The square head uses square sheets of sandpaper. On the other hand, a random orbit sander has a round head that can only be used with round pads of sandpaper. It requires careful handling to ensure a smooth finish.

The two also differ in the range of sandpaper grit (roughness) they are used with. Orbit sanders normally use sandpaper in the 80 to 160 grit range (the lower the rougher). Palm sanders are generally used with higher grit (160 to 220), finer papers which is what makes them ideal for doing the finishing work. 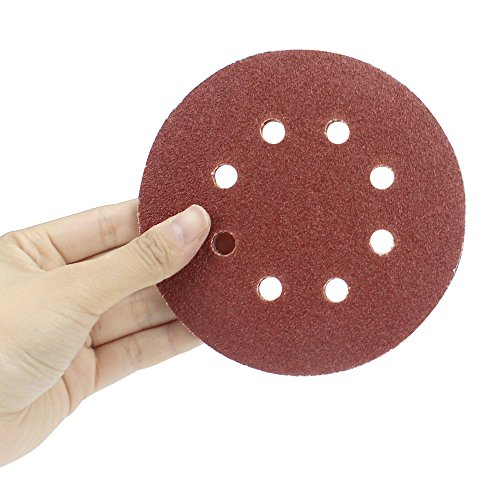 While in many ways a random orbit sander and a palm sander are similar, there are quite a few differences between them as well. Mainly, they use differently shaped sandpaper (round vs. square), deliver the work through different motion, and are intended for slightly different uses.

As such, if you are only looking to get one of the two tools, you should opt for a random orbit sander which – while a bit more expensive in general – is also more versatile.