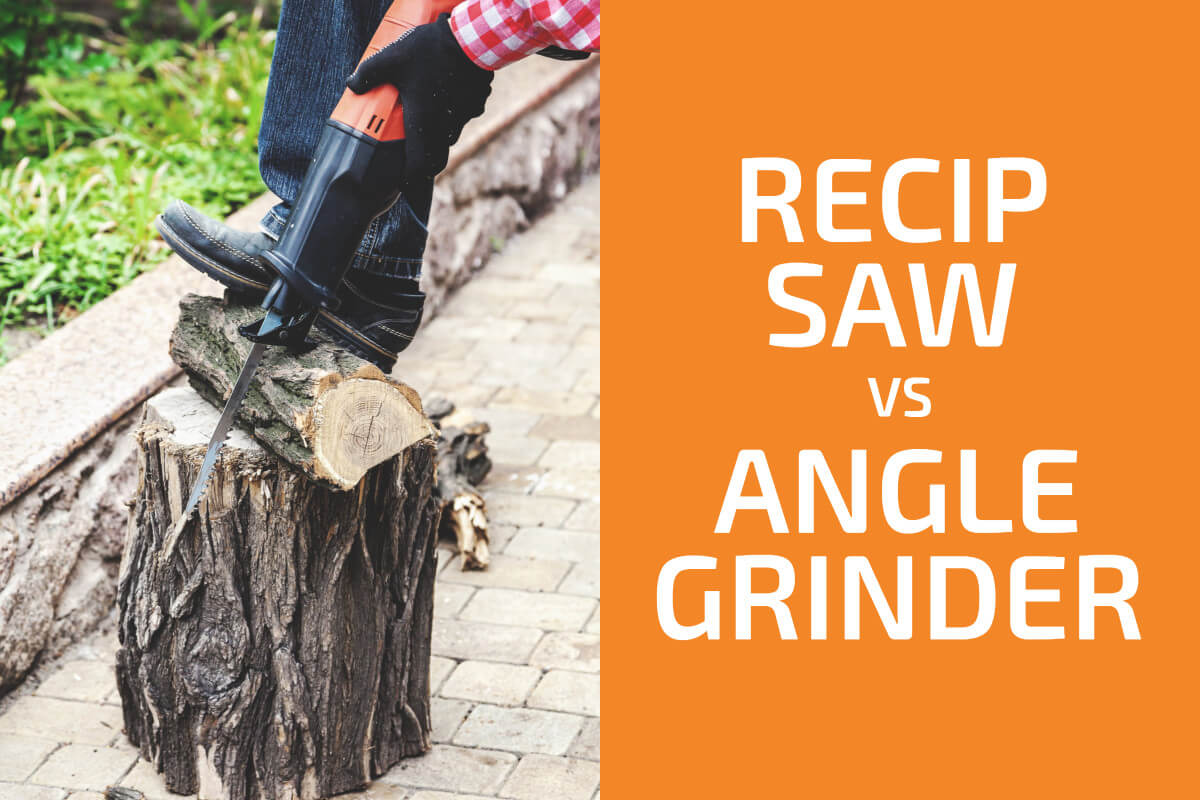 There are fewer options available for cutting up metal, though, which has led to some confusion about which power tools are best suited to the task.

In particular, DIYers tend to believe that reciprocating saws and angle grinders are equally capable when it comes to breaking down standard metal objects. As it turns out, there are some important differences between these tools that can really impact the way you use either tool. These differences may even impact which of these tools you invest in before your next DIY project.

With that in mind, we’ve put together this side-by-side comparison guide to the reciprocating saw and the angle grinder. Herein, you’ll learn about both tools at their basic level and in comparison to one another. Taken together, this information should help you more efficiently decide which of these tools you’ll use in your upcoming project.

The reciprocating saw and angle grinder are noticeably different tools in terms of form and function. Before we dig into those differences, though, let’s take a moment to learn about each tool on their own. 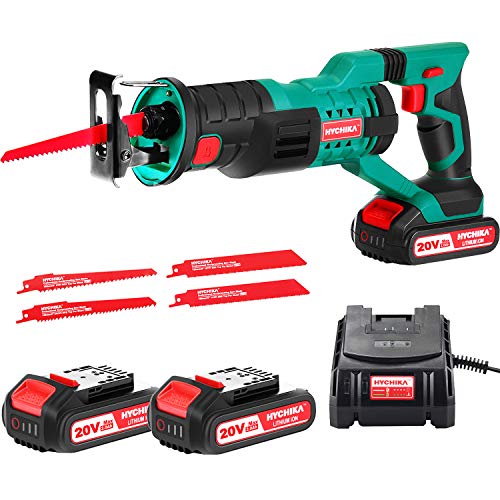 Reciprocating saws are among the most common tools on any demolition site.

That’s because these two-handed power tools are able to effectively break down the most common construction materials using its end-mounted blade. This blade, which usually features saw-style teeth, moves back and forth in a rapid reciprocating motion, causing targeted materials to be roughly cut apart.

Generally speaking, reciprocating saws are favored for their overall versatility.

On that front, a standard reciprocating saw is typically able to cut through most types of wood and thin metal objects without trouble. Reciprocating saws are also favored by construction teams who need to work in tight spaces. This is because a reciprocating saw’s extended outward blade is able to slot into enclosed spaces, such as door and window frames.

What Is an Angle Grinder? 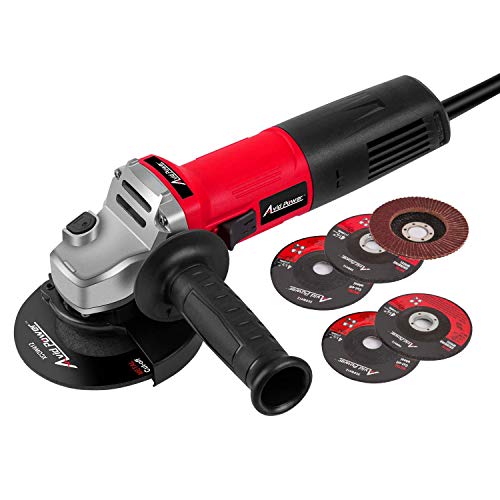 Also known in the professional field as a disc grinder or a side grinder, the angle grinder is another handheld power tool that sees its fair share of use on construction and demolition sights. In those instances, this tool is often used to provide abrasive force to stone and metal surfaces.

Also, when equipped with a cutting-style blade, an angle grinder is fully capable of cutting through medium-gauge metal stock, including bolts.

Angle grinders do not see nearly as much use in the DIY field simply because its primary functions are rarely needed for DIY tasks. As such, when they are needed, they are usually rented rather than purchased outright. The angle grinder also takes some time to learn to use safely and properly. As such, most professionals undergo tool-specific training before using one in the field

Reciprocating Saw vs. Angle Grinder: What Are the Differences?

Now that you know the basics, let’s dive into the differences.

One of the most obvious differences between these tools lays in their blade shape and style.

These differences make differentiating between these tools fairly easy at a glance. That’s because a reciprocating saw blade is long, thin, and usually features saw-style teeth. Meanwhile, an angle grinder always makes use of a small disc-shaped blade that is usually tapered from its center to its outer edge.

A reciprocating saw, for example, utilizes an elongated rifle-style body that requires two hands to operate and support. An angle grinder also tends to require two-handed operation but features a simple stick-like body with the disc-like blade mounted onto the side of the unit’s far end. 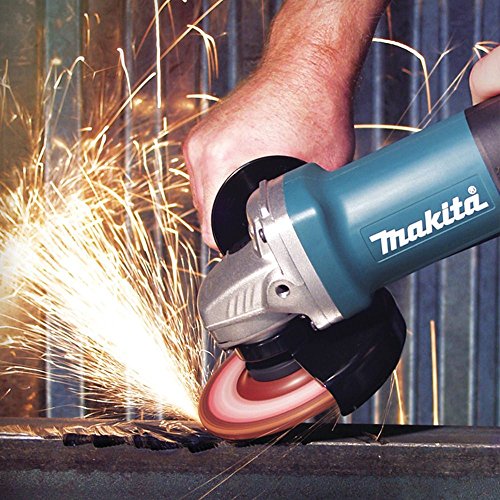 These two power tools also have different capacities when it actually comes to cutting up construction materials.

To no surprise, both are fairly able to cut through most types of wood without trouble. Both can also cut through metal, though to different extents. Reciprocating saws can usually only cut through thin metal objects like nails, while an angle grinder is capable of cutting through bolts and thicker gauge metal pieces.

Also, angle grinders can sometimes cut through stone and tile. However, to do this, they need to utilize special masonry saw blades that incorporate an abrasive cutting process.

When it comes to maneuvering each of these power tools, you’ll notice several key differences.

Specifically, you’ll notice that the reciprocating saw’s design allows its long blade to slot into tight spaces. As a result, it can be used to slide into door frames and window frames during a demolition or replacement process.

Angle grinders are also maneuverable, but not with regards to tight spaces.

Instead, this power tool must usually be used out in the open where there is ample access to the targeted workpiece. 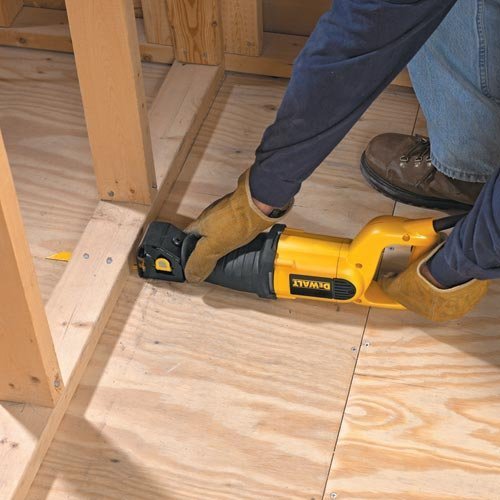 If you plan on buying a reciprocating saw or an angle grinder, you’ll also find that these two power tools differ on their list prices. An average reciprocating saw, for example, costs between $80 and $300. Replacement blades are fairly affordable, too, at between $15 and $30 for a multi-piece pack.

In contrast, an angle grinder unit tends to cost between $45 and $180. This makes them the more affordable option of the two. This affordability continues on through this tool’s replacement blades which cost as little as $10 for a reliable diamond disc.

Namely, either can be used to cut through metal stock. However, you’ll find that an angle grinder is better able to handle higher-gauge metal stock. Meanwhile, a reciprocating saw will be better able to cut up large or dense wood beams with more ease.

Also, there’s simply no comparison when it comes to each power tool’s special functions.

As such, you can always count on a reciprocating saw’s extended blade to reach into and cut materials in super tight spaces. Meanwhile, if any metal or masonry material requires the application of abrasive force, a properly-equipped angle grinder can do the job.

As it turns out, the reciprocating saw and the angle grinder only have a few points of functional overlap.

Other than that, these are two fairly different power tools that should be utilized primarily for their individualized special functions. However, if you want to get the most out of your professional demolition capabilities, you’d be wise to keep both on hand.

DIYers, meanwhile, can probably get by with only a reciprocating saw available.