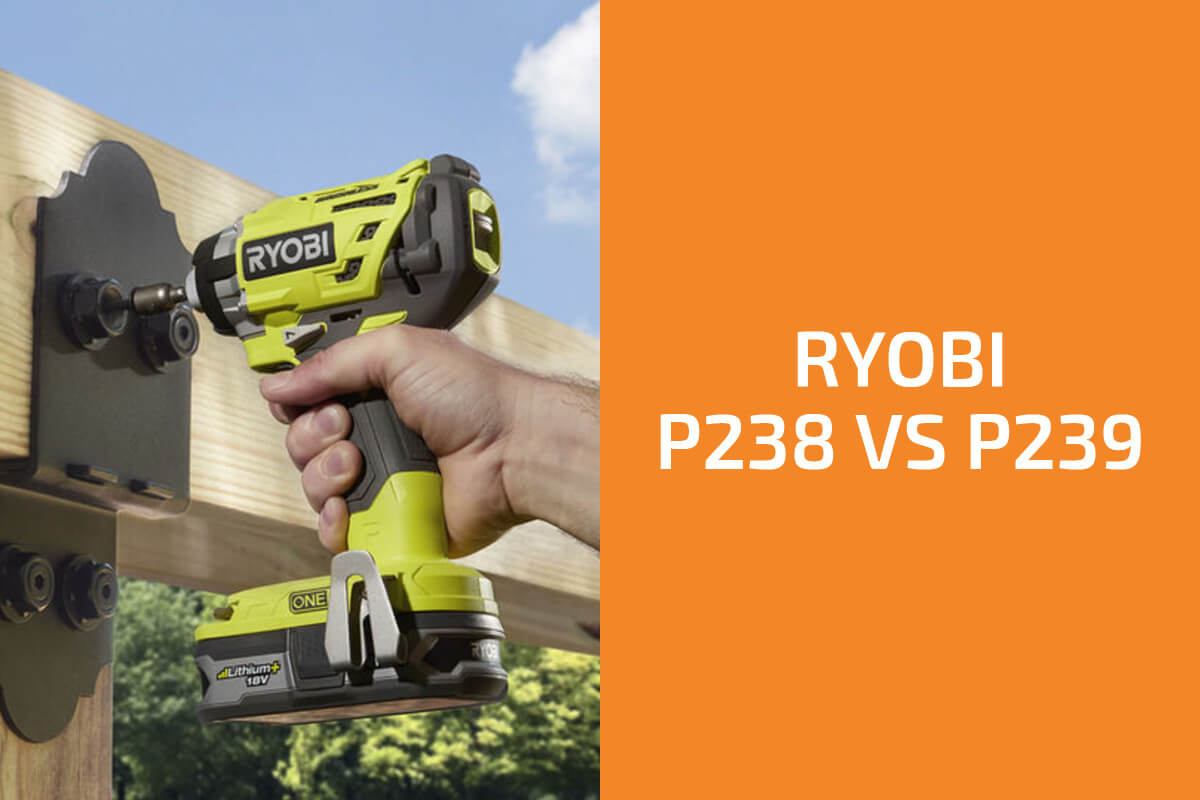 When it comes to impact drivers, Ryobi’s two models, the P238 and P239 are their top choices due to the powerful torque in a just-right weight. However, what makes these two tools different from each other? Which one is the better impact driver for you?

To answer those questions, I reviewed both of these units by comparing and contrasting their specifications and features below. I do hope that by the end of this review, you’ll have an idea of which of the two impact drivers to buy for your needs.

A Quick Look at the Two Ryobi Impact Drivers

As both tools from the ONE+ series with interchangeable batteries, these two impact drivers are cordless, have a belt clip, and are tailored to high-torque applications, such as stubborn or worn-out fasteners.

A strong cordless impact driver with a brushless motor. This powerful tool has 2,200 inch-pounds of torque and a no-load speed of up to 3,100 RPM. Additional features include a tri-beam LED light system, a keyless chuck, as well as a comfortable and easy-to-hold grip.
Check today’s price on Amazon

The Ryobi P238 is a brushless cordless impact driver that uses GRIPZONE over-mold for its handle to make the user feel less fatigued at the end of the day. It features a tri-beam LED system right below the keyless chuck so you won’t expect any shadows and distractions while working.

Featuring a belt clip for easy storage on the go, this impact driver also has a torque of 2,200 inch-pounds, a no-load speed of up to 3,100 RPM, and an impact rate of 4,000 BPM. Since it has three different speeds, you will find it useful for various applications without using too much power or overworking the unit. Also, it is easy to flip the switch because of its convenient location at the top of the impact driver.

It also has a 1/4-inch auto-load chuck so changing your bit doesn’t have to be a two-handed job. As well, because the LED light automatically activates when you pull the trigger, you save time and effort when you’re working on a job site or when your hands are full.

The Ryobi P239 is a cordless impact driver, powered by the same battery used in the ONE+ series (lithium-ion). Weighing 2.72 pounds, this unit has 2,000 inch-pounds of torque and an impact rate of 4,350 BPM. Since it is lightweight, it is applicable for overhead projects and difficult angles.

What makes this impact driver unique is the onboard magnetic tray, which allows you to keep your important bits with you at all times. You don’t have to place them on a table or a surface, which could get lost and are unreachable when you’re on a ladder. Moreover, it has the same GRIPZONE over-mold handle as the P238 so it will be a breeze for handling with sweaty hands.

Likewise, it also has a brushless motor that makes it almost maintenance-free. This type of motor also produces less noise compared to the impact driver motors that have carbon brushes. It is backed by a 3-year limited warranty.

For a full review of this impact driver, check this article.

As both from the same manufacturer, the Ryobi P238 and P239 share a couple of similarities, such as the following:

Both the Ryobi P238 and P239 have a brushless motor, which also gives them a lot of strength to pull through a high torque of more than 2,000 inch-pounds.

A brushless motor has many advantages – including peace of mind when it comes to maintenance, since there are no carbon brushes to replace. Moreover, a brushless motor doesn’t create a lot of noise because it has less moving parts.

For people who are often fatigued due to power tool vibration, don’t worry – both the Ryobi P238 and P239 have a GRIPZONE over-mold that makes it easier to hold the tool for hours.

Having a comfortable molded handle that’s ergonomic will help your hands and arms feel less fatigued, especially if you tend to have sweaty hands. They also help you get a better grip on the tool when you are wearing gloves. When working with overhead tasks or anything that involves difficult positions, having a secure and comfortable handle is also a safety precaution for any power tool. 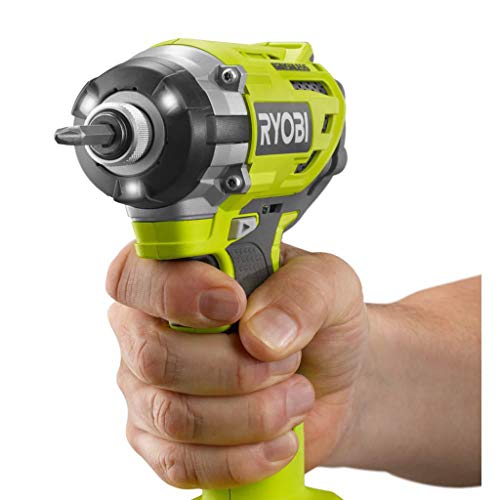 Compatibility with ONE+ Tools

As these two impact drivers are from the same manufacturer (and as I mentioned above), both the Ryobi P238 and P239 are ONE+ tools that have interchangeable batteries.

To help you see clearly in dim areas, the Ryobi P238 and P239 both have LED lighting. By having a properly-positioned and bright LED lighting system, you’ll spot your work area just fine, see everything that’s going on, and also have peace of mind and safety along the way.

Both the Ryobi P238 and P239 do have some differences that make them stand out from each other, such as the following:

Compared to the Ryobi P238, the Ryobi P239 impact driver has a convenient magnetic tray to store the smaller items that you need, such as bits and loosened fasteners.

Position and Number of LED Lights

While the Ryobi P239 only has one LED light at the base, the LED system of the Ryobi P238 is a tri-beam type and is positioned below the keyless chuck. 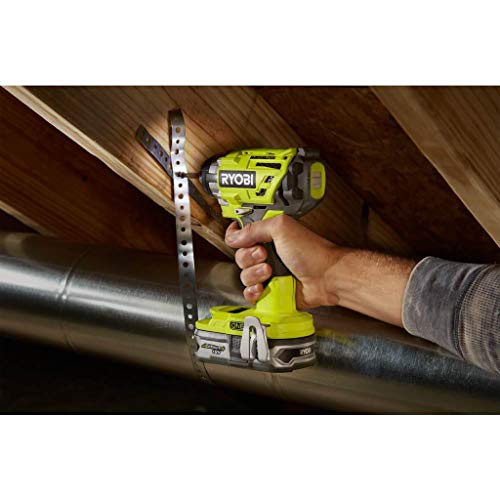 Which of the Two Ryobi Impact Drivers Should You Get?

If I were to choose between the Ryobi P238 and P239, I’d say both are worthy impact drivers and their main difference is mostly how their variable speed is operated. You will like the Ryobi P238 if you prefer a simple 3-speed switch while the Ryobi P239 will appeal to you if hard-pulling on the trigger to adjust the speed works just fine for you.

Moreover, the torque of the Ryobi P238 is slightly higher than that of the Ryobi P239 but the difference isn’t that much. Both of them are powerful in their way and are both ideal for tough and stubborn fasteners that impact drivers with lower than 1,800 inch-pound torque usually have trouble with.

Overall, both the Ryobi P238 and the Ryobi P239 are powerful impact drivers to consider for tough jobs, whether you’re in a construction site, an auto repair shop, or simply a weekend warrior with a couple of home or garage projects.

Possessing a powerful torque and variable speed function, although they differ in terms of speed selection, they are both flexible impact drivers for different projects.

All that said, if none of these seems like the right choice for you, check my other recommendations here.