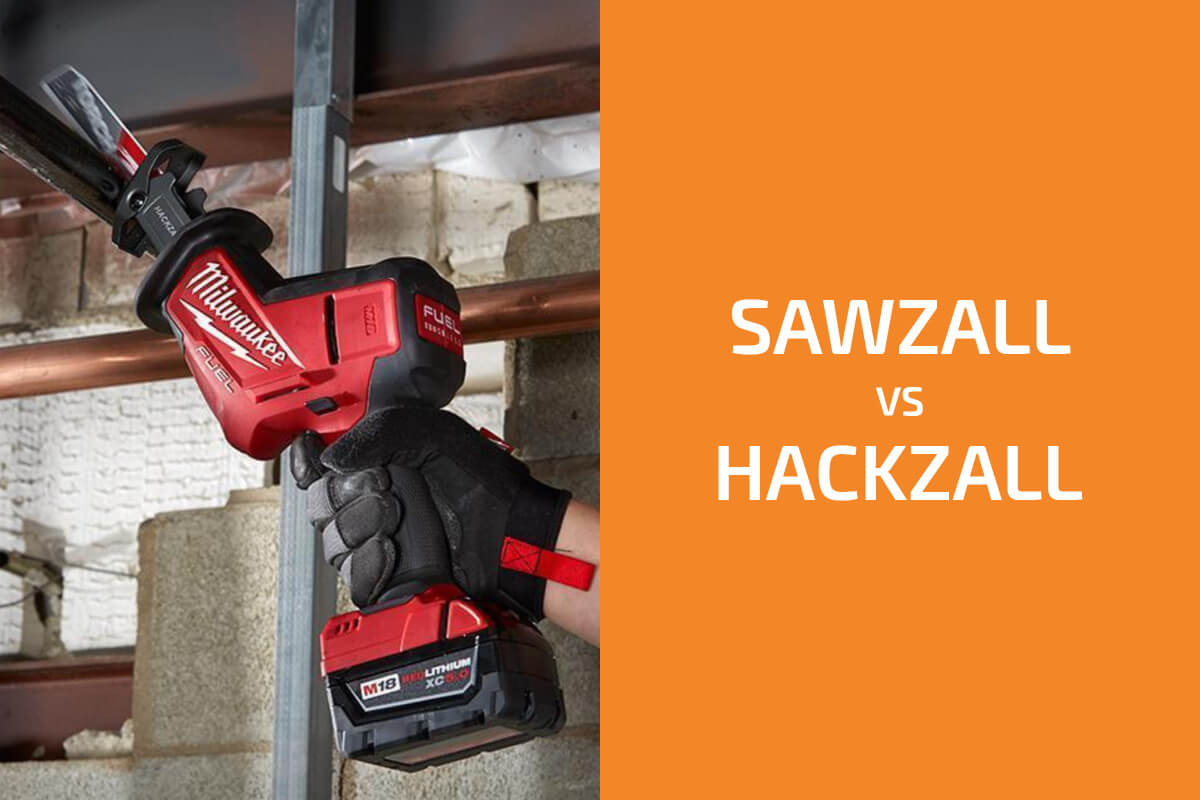 If you found yourself here, chances are that you already know what a reciprocating saw is. If not, suffice to say they are one of the most useful on a demolition job site thanks to the power and versatility of their rapid saw blades.

Even when it comes to taking on outdoor trimming projects, a reciprocating saw can be a major asset.

The tool is often also called a “Sawzall” – after Milwaukee’s popular line of such saws. It’s not the only line that the company offers, though. The other one is “Hackzall.”

In this guide, you’ll learn what the differences between the two product lines are, and which of the two you should choose depending on your needs.

Before we go too far, let’s take a moment to highlight a shared aspect of both the Sawzall and the hacksaw. To be specific, as mentioned earlier, both of these tools represent different lines of reciprocating saws offered by Milwaukee.

In other words, these are both special names given to this brand’s two versions of the common reciprocating saw.

So, if you see a Sawzall or Hackzall from now on, know that Milwaukee made it. At the same time, if you’re asked to use either of these tools, know that a common reciprocating saw from another brand represents a perfectly serviceable replacement.

What Is a Sawzall?

Upon first glance, you’ll see that the Sawzall looks just like a standard reciprocating saw from another tool brand. Most models in this product line include a rear-mounted support area that also includes the unit’s trigger.

They also feature a forward-mounted support point on its elongated body, allowing the entire unit to be held like a rifle.

While there are corded Sawzalls, most users prefer the battery-operated models. More recently, the brand has even begun to offer models with One-Key. This allows the unit to wirelessly connect to a smartphone app for the purpose of tracking performance and battery life.

What Is a Hackzall? 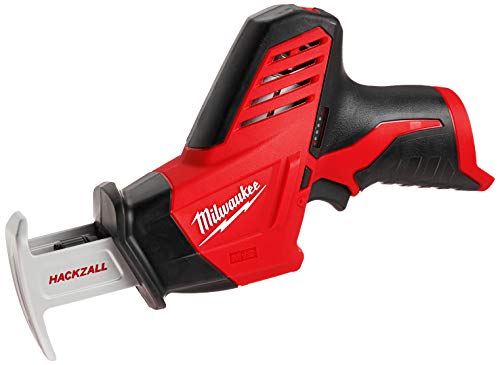 In truth, the hack all may not be like any tool you’ve ever used before.

Rather than utilizing an elongated, two-handed form factor, these specialized reciprocating saws have been purpose-built for one-handed operation.

As such, they feature a form factor that is adapted from a standard power drill. This includes a pistol-style grip and a balanced weight to allow for efficient use without supplemental support.

In particular, the Hackzall line of products also utilizes an anti-vibration system that is meant to increase control and accuracy when it is used one-handed. This technology comes standard across all the models in the line.

All of them are cordless as well. They use Milwaukee’s RedLithium battery system for reliable power.

For a review of Milwaukee’s Hackzalls, check this article.

Sawzall vs. Hackzall: What Are the Differences?

Now that you know what each of the different lines of tools comprises of, let’s take a closer look at their differences.

One of the most obvious differences between the Sawzall and the Hackzall is their form factor.

The Sawzall, for example, follows the general shape and style of the common reciprocating saw. As such, they are a two-handed power tool that requires a user to place one hand on the rear trigger support and another hand on the forward end support.

The Sawzall and the Hackzall also differ when it comes to their core strength and, as a result, their cutting power.

That being said, more Sawzall models are comparable to other reciprocating saws when it comes to cutting wood, metal, and PVC. In fact, as long as it has a comparable motor size, most Sawzalls can take on demolition jobs without hesitation.

Meanwhile, you’ll need to be a bit more thoughtful with the Hackzall. This isn’t a “fragile” tool by any means. But its diminished size also causes it to be just a bit less powerful. That being said, a Hackzall is still far more capable when it comes to demolition work compared to the next best option. 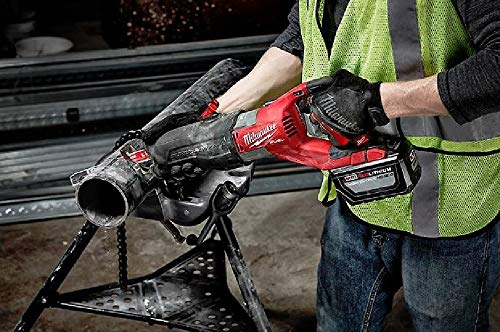 While it may not have as much power, the hackzall reigns supreme when it comes to versatility.

That’s because its one-handed form factor allows it to be used in far more situations than the sizable Sawzall. This can be especially practical when working on a complex demolition that requires precision to carry out safely.

The Sawzall, meanwhile, is mostly good for accomplishing large cuts that don’t require much finesse at all. 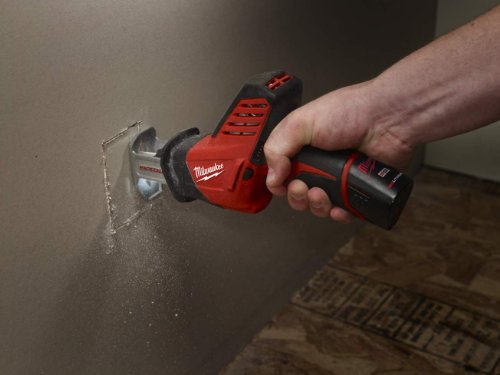 As you might expect, these two saw types also differ when it comes to price. The Sawzall is more widely used, so it is often more affordably priced. Meanwhile, you’ll pay a bit extra for the Hackzall’s versatility. This price difference is not too significant but could be a factor to consider for a thrifty craftsman.

Which of the Two Should You Get?

In so many words, the vast majority of craftsmen will benefit from investing in a Sawzall.

Though it mostly operates like other reciprocating saws, this product’s power and reliability make it a major asset. In particular, those doing large-scale demolition or outdoor trimming jobs will find this product to be the better option.

However, if your demolition work often requires precision, then the one-handed Hackzall will be a major asset to your team. In the same vein, those who must often perform demolition in hard-to-reach places will find the Hackzall’s minimized form factor to be very practical. 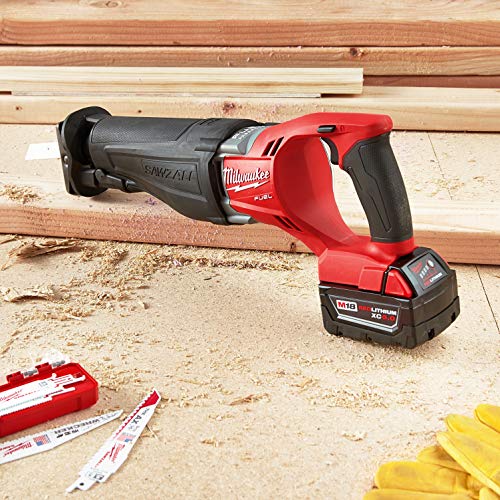 So, now you know the basics of Milwaukee’s two lines of reciprocating saws.

Each provides its own benefits in the field, be that an industry-standard level of cutting power or enhanced versatility in tight spaces. Regardless of which you choose, your Sawzall or Hackzall will be a worthy addition to your tool chest.

In no time at all, they’ll become an invaluable part of your team’s capacity to cut through (almost) anything.