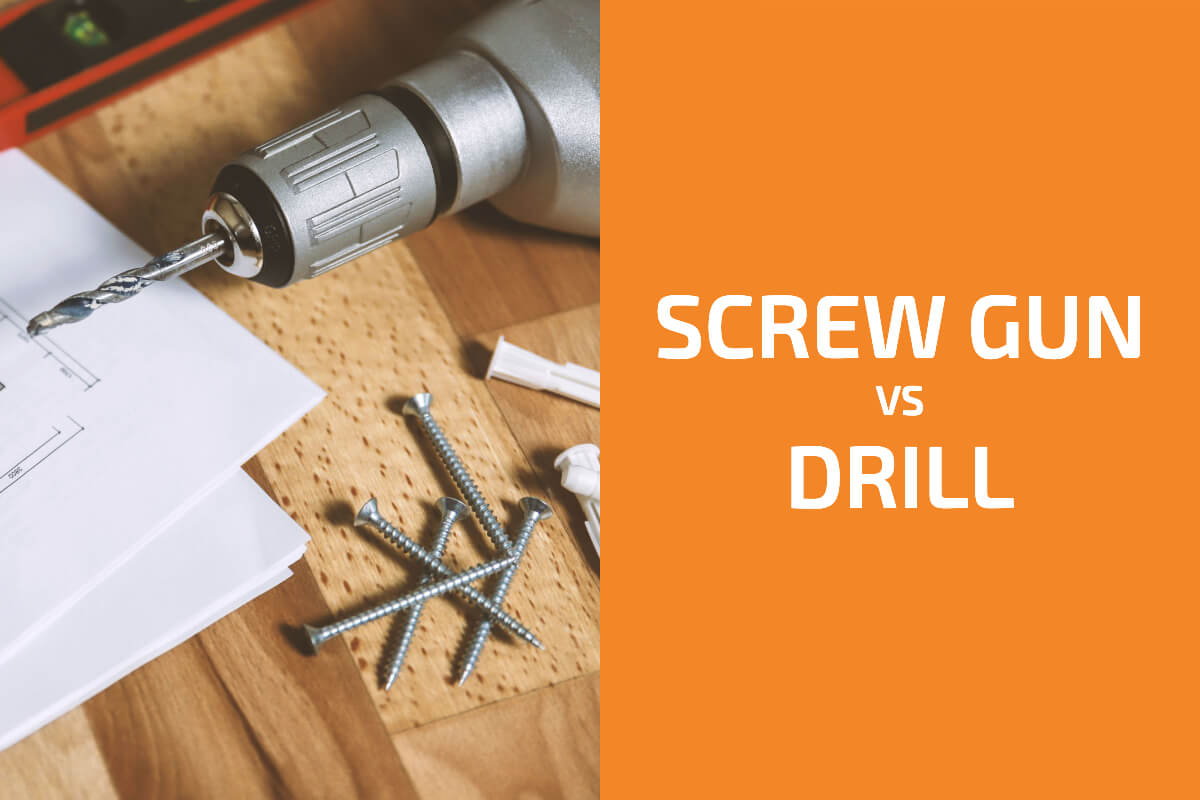 With their appearance being very similar, many people confuse drills, impact drivers, and screw guns. While the first two serve a similar purpose with slight differences, the last one of those is considerably different.

Below, I will take a closer look at what each of the three tools is suitable for, when you should get a screw gun and whether a regular drill can be converted into one.

Before diving into the details, let’s take a look at what defines each of the tools.

What Is a Screw Gun? 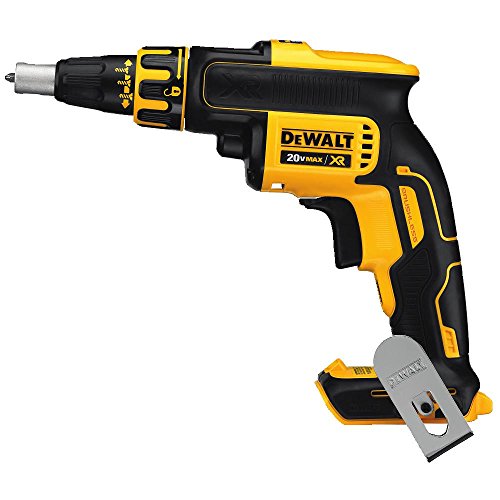 A screw gun is best described as a hybrid of a drill and an electric screwdriver. It doesn’t drill holes, but instead is specifically designed to drive screws.

While it looks like a drill, it has slightly different functionality and parts. Some screw guns automatically feed screws from a clip, similarly to how nail guns feed nails. A screw gun has a “nose” instead of a chuck, and the nose of most screw guns can be adjusted to vary the depth of drive which is especially important if you’re working with drywall.

A screw gun lets you set the depth to the perfect amount and get a consistent drive with every screw. The nose holds an interchangeable 1/4-inch (6mm) shank bit commonly known as a tip.

You can learn how to use this tool in my detailed guide here.

What Are Drills and Impact Drivers? 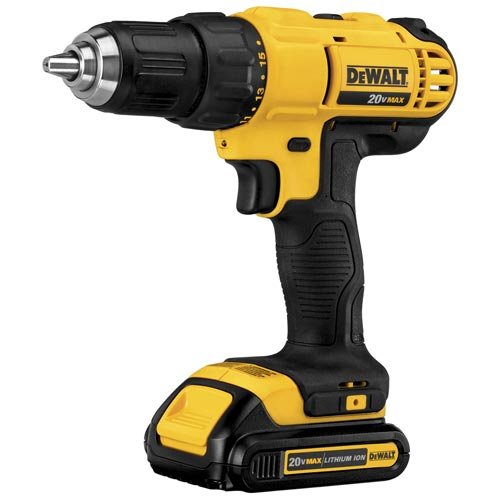 A power drill is a common tool that consists of an electrical motor that rotates a drill bit to make a hole in wood, plastic, or metal. A power drill includes a handle, an on/off trigger with a safety latch, a reversing switch for changing the rotation direction, a torque adjustment knob, and a chuck that holds a drill bit in place.

An impact driver is a high-torque tool that’s primarily used for driving screws and tightening nuts but can also be used for drilling. It’s similar to an impact wrench.

I wrote about the differences between these two tools in detail here.

Screw Gun vs. Drill (and Impact Driver): What Are the Differences?

While screw guns are specifically designed to drive screws, drills are meant to make holes. Impact drivers are used both to drive screws and tighten nuts, and to drill holes. All three look a lot alike and work in basically the same way. That said, there are some differences.

Screw guns can automatically feed screws making them ideal for installing drywall or other applications where many screws of the same size need to be driven. While some drills can also accommodate a screwdriver bit, it’s not the best approach to hanging drywall. 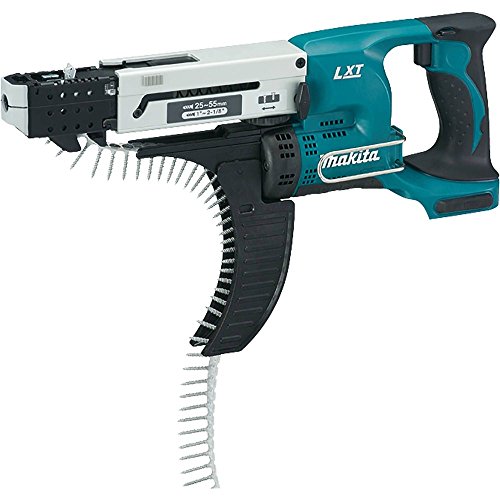 Drills tend to have fewer RPMs than screw guns, partly because with the right drill bit and torque, you don’t the bit to spin as fast. Screw guns are not as versatile as a drill, although some screw gun models can be used as a drill. However, if you need to drill, you should avoid them and get a proper drill instead.

Compared to a screw gun, a drill is an extremely versatile tool, and you can adapt the drill for a different job by changing out the bit. For example, with a drill, you can drive flathead and Phillips screws, tighten and loosen nuts and bolts, drill both small and large holes, and – with the right attachments – even perform tasks like stirring paint.

Drills also tend to get updated more often than screw guns. As such, new technologies such as brushless motors often make it into drills and impact drivers first. Brushless motors are more efficient, lighter, run cooler and need less maintenance.

Compared with the other two tools, an impact driver chuck accepts only bits with a 1/4-inch hex shank.

Impact drivers are usually lighter and smaller than drills, but not as versatile. They can perform many of the same functions, and since their torque output is higher than a typical drill, they can get through work more quickly.

They have the same rotational motion as power drills, however impact drivers combine a hammering action with the rotation that not only hammers down but also sideways. This makes it easier to drive screws into tough materials, and prevents the drive bit from slipping off the screw head. That helps it avoid stripping screws. 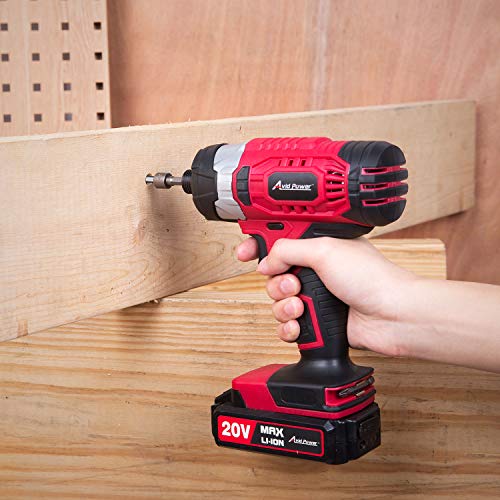 When Should You Use a Screw Gun?

While a screw gun, drill, and impact driver are all different, if you want a versatile tool that can handle drilling, installing screws, and a wide variety of other tasks, go for a drill or an impact driver.

Most drills come with multiple clutch settings which allow you to run the drill at a lower speed with high torque or higher speed with lower torque. This lets you do a wide variety of tasks without sacrificing control.

If you need to remove stubborn screws or bolts, impact drivers are a great choice. The hammering action makes it easier to remove fasteners that have corroded or were over-torqued.

If you intend to install a lot of drywall and will need to drive several screws of the same size in a row, then a screw gun might be your best bet. This is a tool that’s specially designed for drywall and the automatic feeding of screws will let you work quickly and efficiently without pausing to load more screws.

The screw gun will also have depth control for consistent drives every time.

A corded drill with a 1/2-inch chuck.

Can a Drill Be Turned into a Screw Gun?

In short, yes, a drill can be turned into a screw gun.

Instead of buying a screw gun, you could insert a dimpling bit in the chuck. However, because of the slow drill speed, this will slow your work down considerably. That said, the best tool for the job is always the one that is made for it, so consider a screw gun if a lot of screws have to be driven.

To use the drill for driving screws, adjust the drill to the screw setting.

Keeping a low speed gives you the most control over driving screws, especially if you’re a beginner or if you’re using Phillips head bits which don’t lock into the head of a screw as well as other types of bits and susceptible to cam out.

Chances are that by the time you came here you already knew a fair amount about drills and impact drivers. After all, they are two of the most commonly used power tools – both among amateurs and homeowners as well as professionals.

Screw guns, on the other hand, are a specialist tool that is mainly used by drywall installers. It is not ideal for drilling holes or tightening nuts and bolts. However, it is perfect for driving large amounts of screws consistently and quickly.

All that said, in most cases, you will likely want to get a drill or an impact driver.