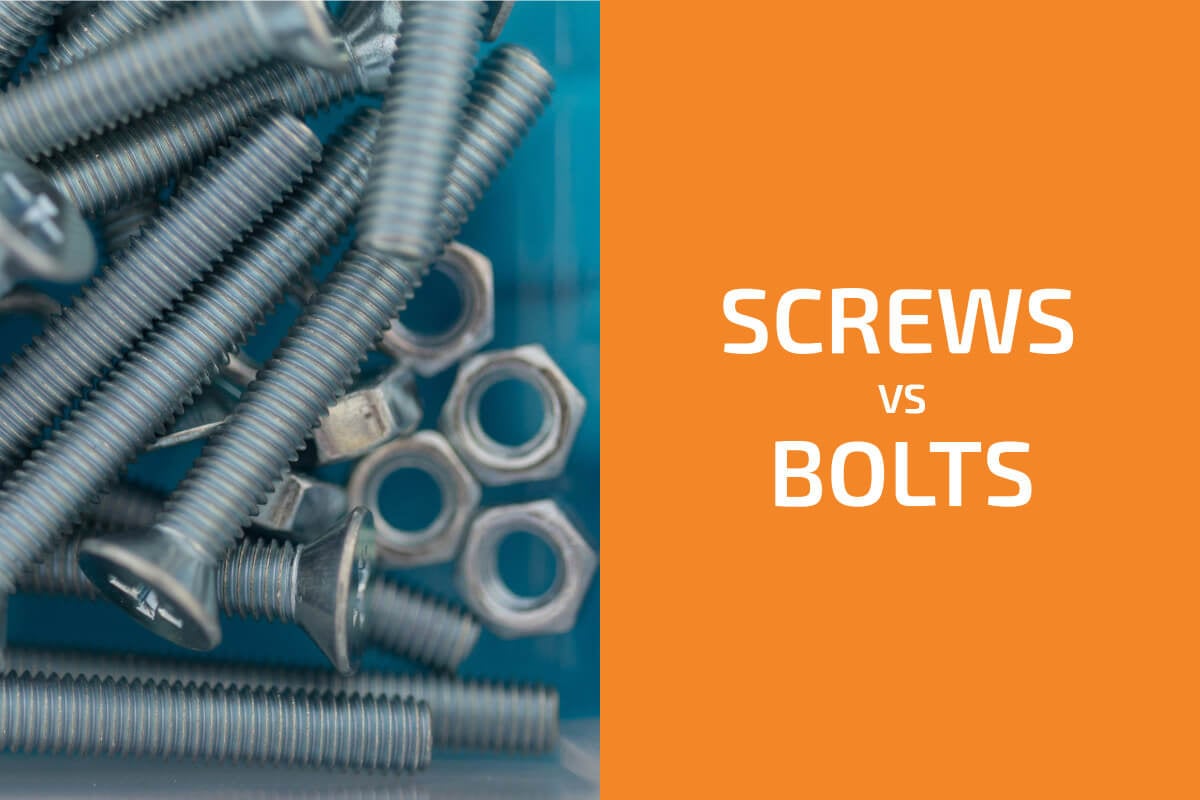 When you need to fasten a couple of objects together on a worksite, what hardware do you reach for? In all likelihood, you’ll either need to “screw” or “bolt” those objects together.

But as any seasoned contractor knows, bolts and screws serve very different purposes when it comes to construction and installing new structures.

Despite that, bolts and screws are often confused for one another.

This guide should help clear up much of that confusion by highlighting several important differences between the two types of fasteners. In this guide, you’ll also learn about the different situations in which bolts and screws, respectively, can be used to their fullest.

Screws and Bolts: The Basics

Before jumping into the differences between bolts and screws, let’s take a moment to learn about each of these fastener types at a basic level.

This information will help you better understand each type of hardware’s essential functions as well as their primary uses on a jobsite.

What Is a Screw? 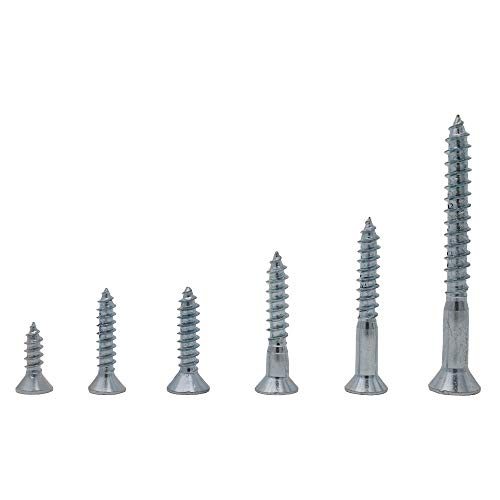 A screw is a type of fastener hardware that is typified by its external male thread. This male thread can then be aligned and inserted into a female thread to create a joint without the use of a nut.

This connection between the two thread types allows the screw to be self-tapping in nature. In other words, a user needs to only apply a lateral twisting force onto a screw (via its head) in order to sink and secure it properly.

Screws can come in a variety of different forms, often based upon the type of thread attached to its shaft and the shape of the indent on its head.

To that end, Phillips and flat head screws are the most commonly used, though over 20 other head types are utilized for industrial and commercial uses today. Screwdrivers and sometimes wrenches are used for placing and removing all of these screw types.

What Is a Bolt? 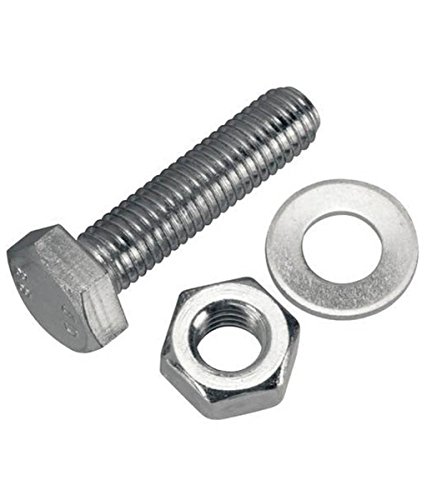 A bolt is also a type of threaded fastener which derives its origins from the humble screw.

However, a bolt is unique because it typically features a thread that runs from the tip to around the unit’s midpoint. From there, the thread terminates and becomes a smooth shaft before reaching the head.

In practice, this allows the smooth section to pass through the target materials before being fastened together when a nut is added to the threaded length. As noted, a bolt requires a nut to successfully create a joint between two or more objects.

Most bolt joints apply a clamping force to the several objects within the joint, which keeps them from moving laterally.

Bolts also come with a variety of head types, though they differ from one another based upon their shape. As a result of this, wrenches of various types are usually used to install and remove bolts of all kinds.

Screws vs. Bolts: What Are the Differences?

Now that you know the basics, let’s take a look at the differences between the two fastener types.

Many sources differentiate bolts and screws based upon their intended purposes when it comes to assembling and affixing multiple objects.

For example, a screw can be described as any fastener that is inserted into a pre-threaded anchor point or creates its own threaded anchor point. This structure allows a screw to affix several objects together via the contained force applied to the screw’s head while it is being tightened.

Meanwhile, a bolt can be as any type of fastener that requires a nut in order to create a joint. This form allows a bolt to create a clamping motion as torque is applied to its nut.

As you can imagine, though, there is some overlap between screws and bolts when it comes to actual hardware. As such, it is often most productive to make distinctions based upon how that fastener is being used in that moment.

Screws and bolts can easily be differentiated based upon their need (or lack of need) for a nut.

Simply put, a bolt requires a nut be fastened to its threaded end in order to create a successful joint.

A screw, meanwhile, only requires torque be applied to its head in order to create a reliable joint. With this in mind, an individual can make a quick distinction between two fasteners based upon their need for additional hardware support.

Screws and bolts today feature a wide variety of head types and shapes, some of which overlap with one another. However, for the most part, bolt heads are categorized by their shape, which include square, pent, and hex.

Meanwhile, screws are usually categorized by the type indent applied to their rounded heads. Though there are many screw head types today, the most common remain the Phillips, flathead, and the hex.

Though shaft layout is not a hard and fast distinguishing factor between screws and bolts, it can often be used to get an idea of a fastener’s intended purpose at a glance.

With that in mind, you’ll usually know that you are handling a screw based on its use of a continuous thread, from its head to its pointed tip. By comparison, a bolt is usually only threaded from its flat tip to around the shaft’s midpoint. The rest of the shaft is smooth from there on up to its head.

That said, some wood screws have parts of their shafts unthreaded too.

How About Lag Bolts, Machine Screws, and Cap Screws? 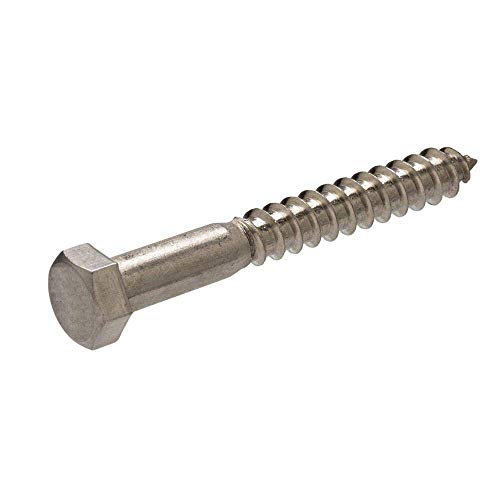 If you’ve ever been asked to use “lag bolts,” then you’ve heard a misleading name relating to a fairly common type of screw. To be specific, a lag screw (as it is properly known) is categorized as a “screw” because of the way it is utilized.

The confusion arises, in part, due to the fact that lag screws are generally equipped with a hex head most often associated with bolts.

Machine screws and cap screws also fall into a similarly mislabeled category. They are sometimes called “bolts” due to their bolt-like shafts that, in fact, can accept nuts.

However, these fasteners are used as screws, as shown by their continuous thread. They also tend to use head types that are common to screws, including the Phillips and flat heads.

Choosing whether to use a bolt or a screw in a particular installation can depend greatly on what sort of force you intend to apply to the jointed materials.

If you’re looking to apply direct lateral force to the targeted objects, then a screw would make the most sense. However, if you are looking to create a clamped joint, a bolt and nut combo will see you through to success.

As you can clearly see, there are some important distinguishing factors between most bolts and screws. However, it is important to keep in mind there are some exceptions to all of these rules.

So, be sure to carefully consider how you intend to use your fasteners before determining if a bolt or a screw would be most appropriate for the job at hand.