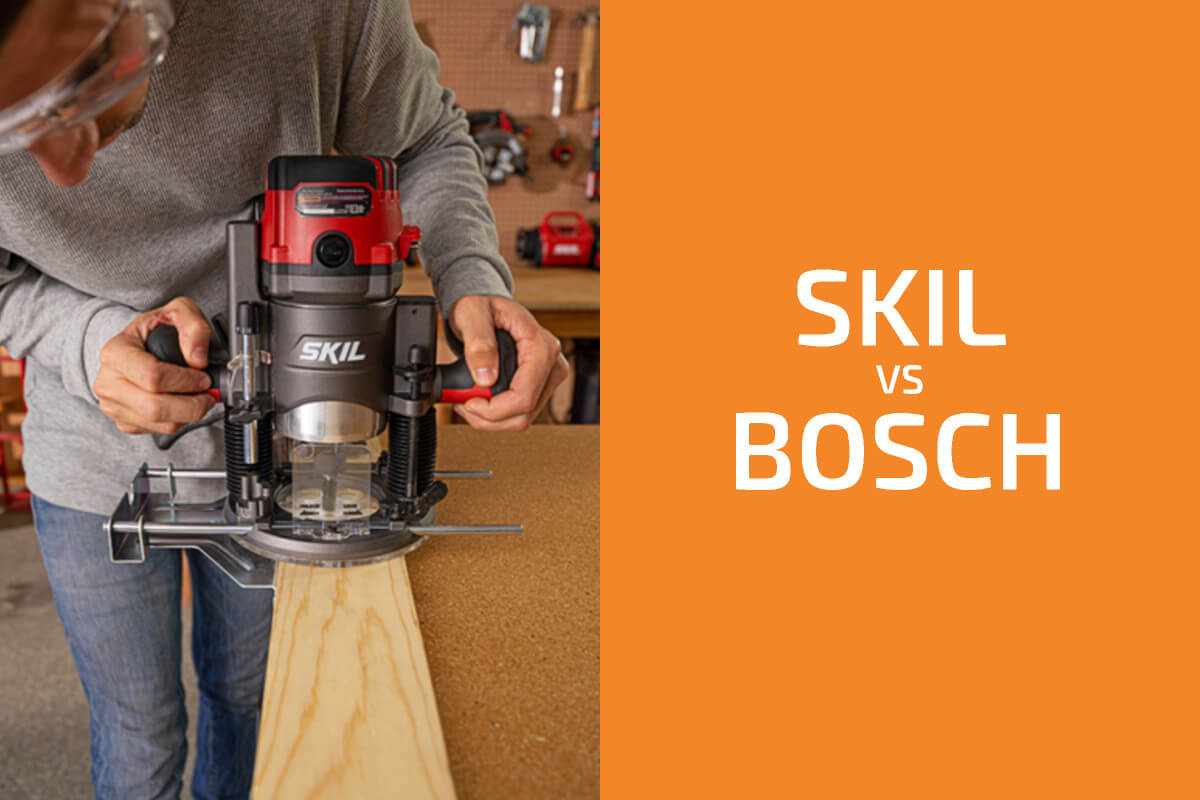 When it comes to the power tools you purchase, you obviously want the best possible products for the money that you are willing to spend. Part of doing so successfully is picking the right one among more than a dozen good brands.

If you found yourself here, chances are you are considering Skil and Bosch to be among the top contenders.

Which of the two – if either – should you go with, though?

A Brief History of Skil & Bosch

Skil was originally founded by a man named Edmond Michel, who immigrated to New Orleans from France in the 1920s. Michel created the first motorized machete, an invention which was then later modified to become the first electric hand saw.

After this occurred, a land developer from Minneapolis, Joseph Sullivan, teamed up with Michel, and in 1924 founded the Michel Electric Handsaw Co. However, in 1926, Michel left the company, and Sullivan then changed the name to Skilsaw Inc. 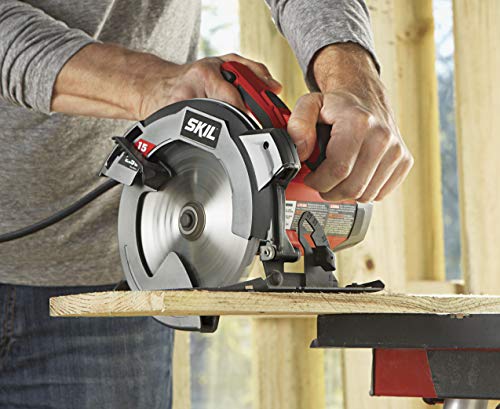 Skill is the company responsible for creating the Skilsaw Circular Saw model 77, which is now referred to as “the saw that built America”. It set the industry standard for handheld worm drive circular saws.

Throughout its history, the Skil brand has changed ownership several times. In 1979, Skil was purchased by Emerson Electric. Bosch then purchased it in 1996. Finally, Chervon Ltd., a Chinese manufacturing giant, bought the company. At this time, Skil has around 200 employees with estimated annual revenues of roughly 10 million dollars.

Skil is an American power tool brand that first became known for its saws. Now it manufactures a wide variety of tools.
Shop Skil on Amazon

On the other hand, we have Bosch, which was originally founded by Robert Bosch in 1886, in Stuttgart Germany, hence the official name, Robert Bosch GmbH. Bosch currently has its headquarters in Gerlingen, Germany.

The company is known for producing a really wide array of power tools that feature decent quality levels. However, Bosch is much more than just a power tool company. It produces goods for other sectors including mobility solutions, industrial tech, consumer goods, and energy and building tech as well.

If you are looking for decent tools that come in at more than reasonable prices, Skil is a great way to go. Across the board, the consensus is that Skil tools are entry-level tools, with some being mid-level. People really seem to like Skil for the variety of good cordless and corded tools that they sell.

For the most part, Skil tools are seen as being for the average person, for occasional and sporadic use, for DIY tasks, basic home improvement, and for repair jobs. Although Skil tools are well regarded for their functionality and comfort, the overall durability and longevity of the products are not as good as it could be.

While they may not be the number one best tools on the market, they are more than good enough for general use, and moreover, they also don’t cost that much. Just to touch on the origins of the tools, remember that  Chervon owns Skil. As a result, it makes virtually 100% of its tools in Chinese factories, therefore allowing them to be sold at low prices. 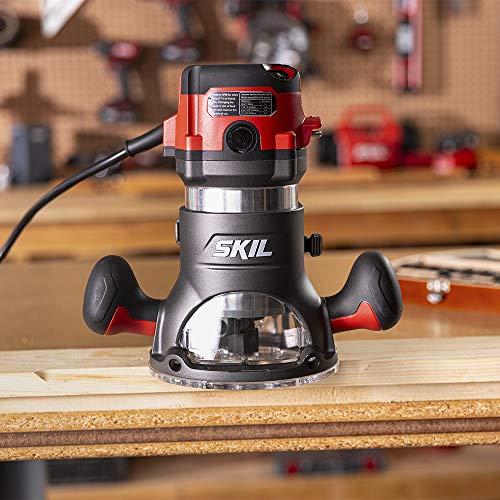 They are marketed and geared towards fairly basic use, such as for home repairs and light DIY jobs, although they are not seen as being best for heavy-duty professional use. However, with that said, the general consensus is that Bosch tools are a little better than Skil tools, and it might have something to do with the location of manufacturing.

Bosch manufactures many products in Malaysia, Mexico, Taiwan, and China, with a select few products being manufactured in Switzerland, Germany, and the USA. For the most part, the European and American made products are highly regarded for their quality, yet come in at decent price points. 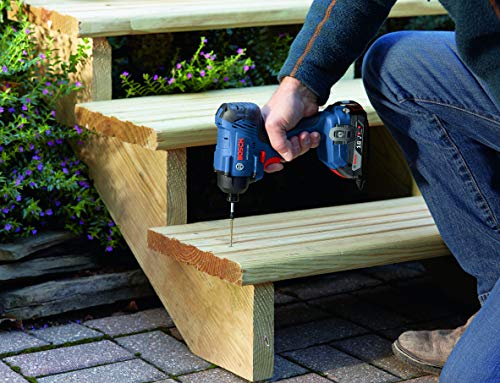 Bosch offers a one-year limited warranty on most power tools which guarantees that the tools are free of defects. The warranty can be extended to two years upon registration. This is pretty average as well.

Overall, the two companies are comparable in terms of warranties with Skil having the better one in some cases. 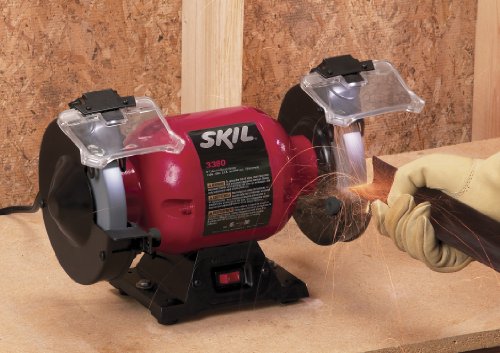 Skil vs. Bosch: Which Has a Better Product Portfolio?

One thing to be said here is that Skil produces a variety of outdoor equipment such as lawnmowers, blowers, and trimmers, all things which Bosch does not focus on nearly as much.

However, with that said, when it comes to the selection of hand tools and power tools, Bosch has a much larger selection across the board.

For instance, Skil currently has two routers featured on the site, whereas Bosch has dozens of routers and many router tables too. Another example of this is with sanders, of which Skil has six on its site and Bosch has 13.

When it comes to drills, the Skil website currently has just over 20 models available for purchase, with the Bosch website having nearly twice as many. As such, it is safe to say that Bosch offers the better selection of all types of drills among the two. 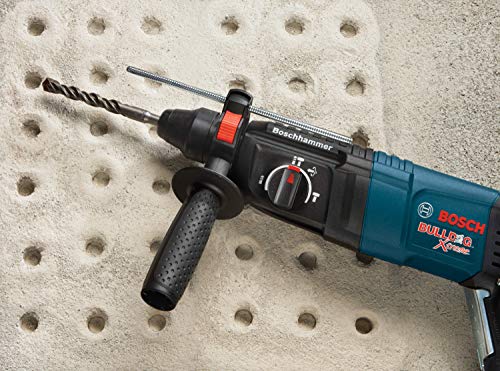 If you are looking for decent products that come in at reasonable prices, then both Skil and Bosch are good brands to consider, with Bosch being arguably just a little higher in terms of quality.

In general, we would advise you to go with Bosch for heavier-duty tools like hammer drills. On the other hand, if you are looking for outdoor equipment or circular saws, the Skil – especially its tools marketed under the Skilsaw brand – might be the way to go.

The bottom line is that both Skil and Bosch are good brands to go with if you need entry-level and mid-level tools for DIY tasks, for basic home repairs, and for other kinds of light and occasional use. Neither of the two brands is ideal for heavy-duty professional use, though.

How Do Skil and Bosch Compare with Other Brands?