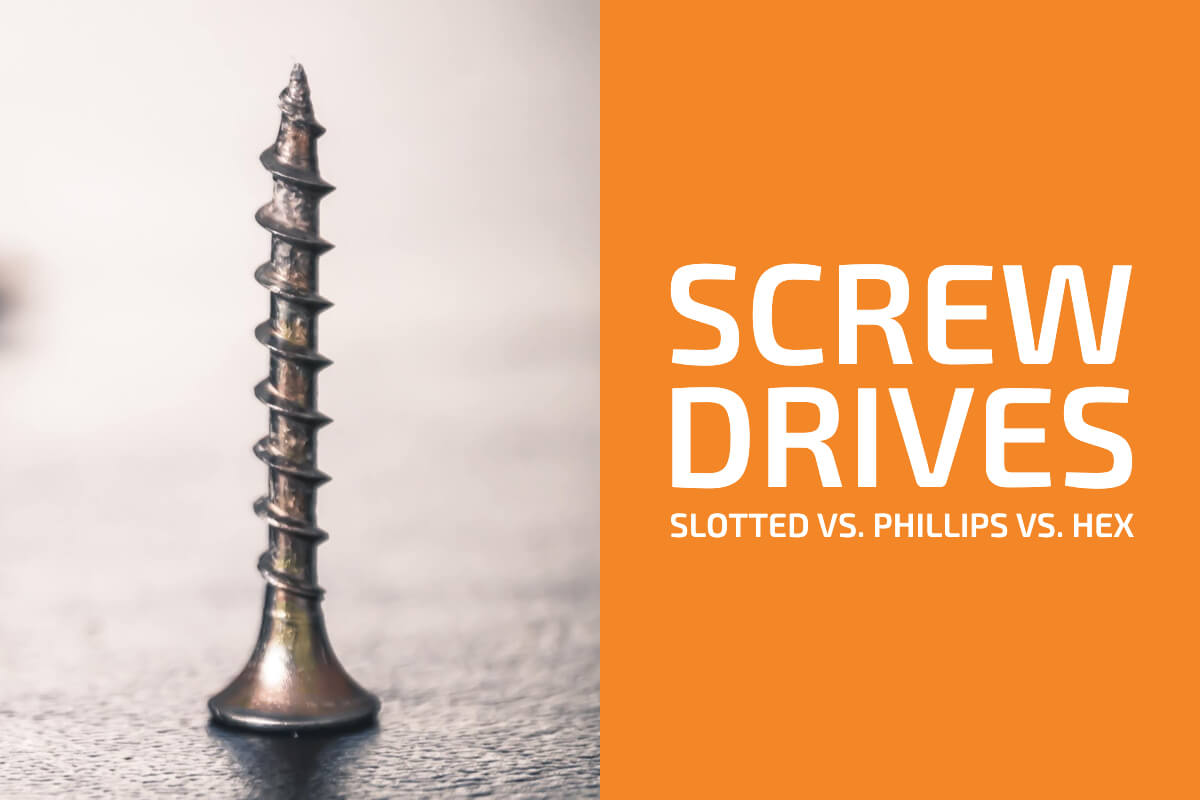 No matter whether you mostly work on personal DIY projects or for clients, you have surely wondered at one point or another why screw drives have the shapes they do. Chances are you also wondered which of them is the best.

While for most typical applications, a screw with Phillips head will be the best, there are certain situations when one of the other choices will be better.

Continue reading to learn more about the three most common – slotted, Phillips, and hex – screw drives.

As you know, a screw drive is the part of a screw’s head where you insert a driver to rotate the screw. While there are quite a few different types of screw drives, the three you will find most commonly include a slotted screw drive, a Phillips screw drive, and a hex screw drive. 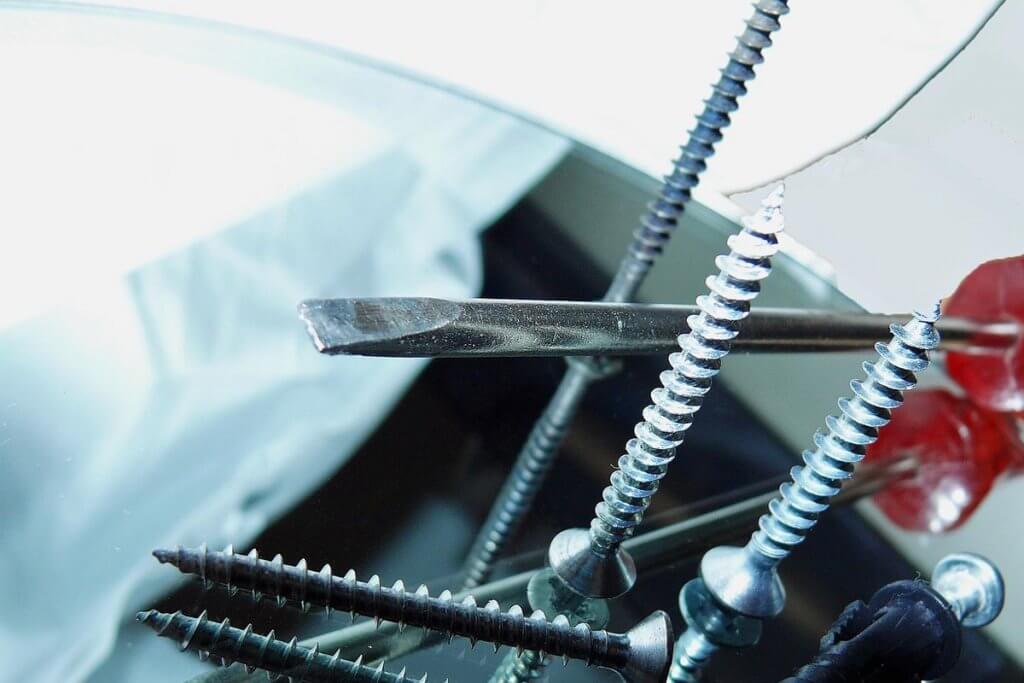 The slotted screw drive – also known as flat-head – is the oldest type of drive that simply features a straight slot across its head. It was invented in Europe and has been around for more than 500 years. To date, it is the most commonly used one. 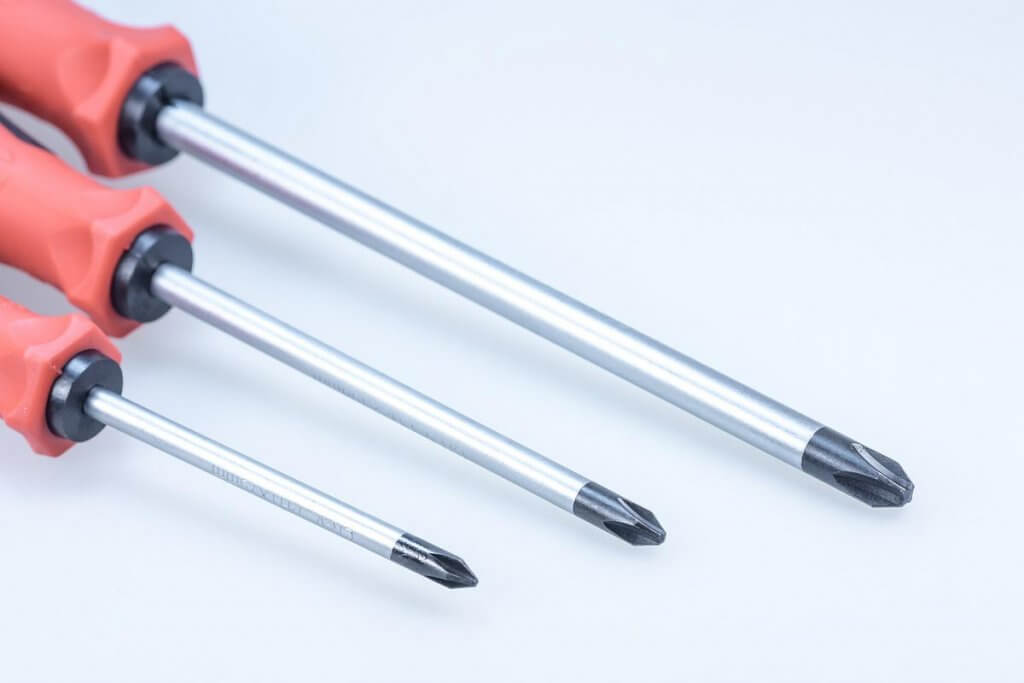 The Phillips screw drive is the second most common screw drive used these days, and it features a “+” shaped slot that gets deeper towards its center. It was invented in the early 20th  century by John P. Thompson. He later sold it to Henry F. Phillips who formed the Philips Screw Company, giving the screw drive the name it is known by to this day. 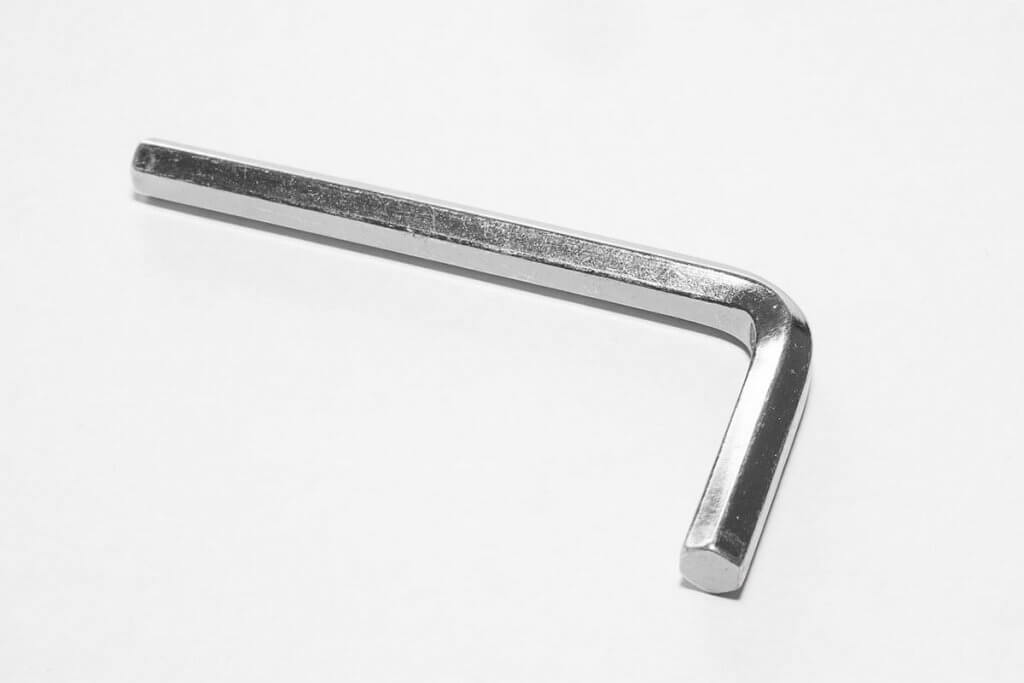 The hex screw drive is, in some applications like pre-made furniture, the most commonly used screw drive type. As its name suggests, its head features a hexagonal recess. It was patented in 1936 by the German company Bauer & Schaurte.

Screws with a hex drive can be tightened using hex wrenches (often referred to as Allen keys) that are (generally) “L” shaped. Both ends of the “L” feature a hex head. Alternatively, hex screwdrivers – tools shaped like typical slotted and Phillips screwdrivers – are available as well.

Slotted vs. Phillips vs. Hex: Which One to Choose?

Like I mentioned in the introduction, screws with Phillips heads work well for most common situations. That said, each of the three types of screw heads talked about in this article have their advantages and disadvantages – and specific use cases for which they are the best.

Let’s take a look at those.

Perhaps the biggest advantage of a screw with a slotted head is its simple design. Thanks to the straight slot going across the whole screw head, they can be fairly easily tightened even in cases when you don’t have a screwdriver handy.

On the other hand, their design makes it difficult for the screw to be tightened with an impact driver. The reason for that is that unless the driving bit is aligned almost perfectly, it will slide out of the slot once it starts spinning – potentially damaging the item you are using it on.

Because of the above, screws with slotted heads are ideal for applications where the ease of tightening and loosening them is critical. But at the same time where the right amount of torque or the ability to use power drivers with the screws is not important.

They can, for example, commonly be seen on camera tripods (as they can be used with coins that are more readily available than screwdrivers) or remote control battery slot covers.

The main reason Phillips screw drive is so popular nowadays is that it’s very well suited for use with power drivers. This can be especially useful when you need to screw in a large number of screws or if the screws are too long to be tightened manually.

That said, they have their disadvantages as well. When used improperly, they are the easiest to cam out and get stripped (read my tips about how to avoid that) of the three types mentioned in this article. They are also (almost) impossible to tighten without the right tool – a Phillips screwdriver or an impact driver with a Phillips bit.

As mentioned multiple times, because it can be used with power drivers easily – and there is some leeway in terms of the size of screwdriver you can use with each screw – screws with Phillips drives are the best ones for most common applications including woodworking.

Finally, screws with hex heads have their advantages too. One of the main ones is the fact that because of their deeper slot, they cannot be stripped that easily – and they don’t require you to push them towards the material while screwing them in.

For product manufacturers that need to include a screwdriver with their product, they also have the advantage of hex wrenches being cheap to manufacture.

As such, they are often used by manufacturers of furniture that needs to be assembled by buyers (like that from IKEA). Other common uses include cars and trucks, and electronics.

While for many applications, it will not really matter whether you choose a slotted, Phillips, or hex screw, in most cases you will be the best off going with a Phillips one. The biggest reason for that is the ability to tighten and loosen it with an impact driver without having to deal with the driver slipping out of the screw easily.

That said, for some applications – for example when you want to be able to easily tighten and loosen a screw regardless of whether you have a screwdriver available – slotted screws might be better.

Finally, unless you are mass-manufacturing furniture, customizing your truck, or similar, you will rarely find a situation where a hex screw drive will provide any significant benefits over a Phillips screw drive.