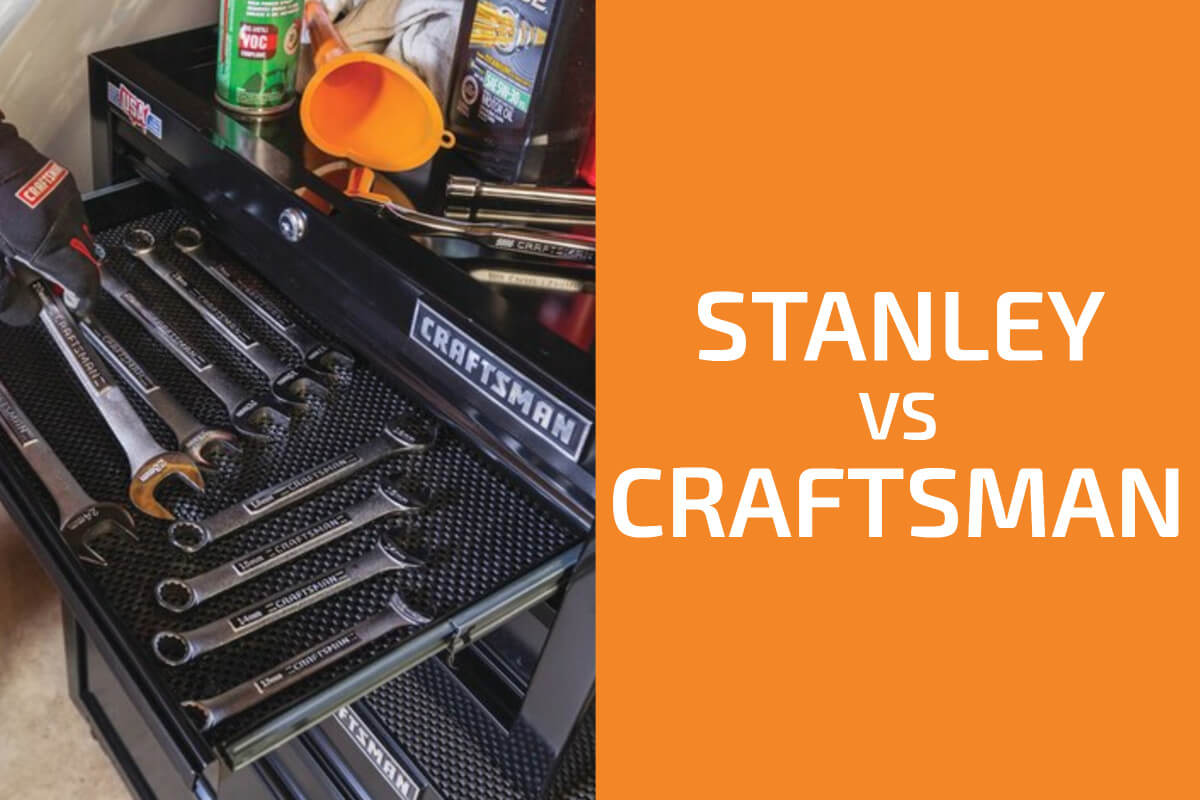 If you are just getting into the world of tools, and you have no idea what to look out for, then one of the main considerations you should keep in mind is the brand name that you buy your tools from. Of course, there are literally dozens of tool brands out there, but two of the most popular ones at this time are Stanley and Craftsman.

In terms of these two brands, both are very highly regarded, but they definitely aren’t the same. What we’re here to do today is to compare them side-by-side to figure out which one is better for you.

A Brief History of Stanley and Craftsman

First off, we have Stanley which is indeed one of the oldest tool brands in the whole world. The Stanley brand was first started all the way back in 1843, in New Britain, USA, by a man named Frederick Stanley. Frederick Stanley began the company by making a variety of products made out of iron, things like bolts, and door hinges.

Frederick Stanley had a cousin who was named Henry Stanley, who founded the Rule and Level Company in 1857. The Stanley Rule and Level Company then merged with Stanley Works in 1920 and was still known as Stanley Works. By 1937, Stanley had entered the British and the European market when it acquired J.A Chapman, a British producer of carpentry tools.

Next, we have Craftsman, which was first created as the house tool brand of the massively popular retailer, Sears. Of course, Sears does not exist anymore, although that is relatively irrelevant at this time. At the time of its inception, Arthur Burrows, who was the head of the Sears tool division, bought Craftsman from the Marion-Craftsman Tool Company for just $500.

Now, what is important to note is that Stanley Black & Decker actually bought the Craftsman line of tools from Sears when Sears went out of business a few years ago. In other words, the two brands that we are comparing today, Craftsman and Stanley, are both owned by Stanley Black & Decker. Craftsman is not the largest of companies, and at this time it has somewhere around 1000 employees and makes somewhere around $200 million per year.

Craftsman was launched as the power tool brand of Sears department store and belongs among the most popular brands today.
Shop Craftsman on Amazon

Let’s now compare both of these tool brands in terms of the quality of the products that they produce. As we have already mentioned, Stanley is known as being the best budget tool brand in the world. Now, of course, being a budget brand does automatically imply that the quality of the product is not the highest in the world, although being the best at something does also mean something.

What most people have to say about Stanley tools is that they are about average in quality, especially when compared to the prices that they cost. Most people would say that Stanley tools are acceptable to use for various purposes around the house, such as DIY tasks as well as light repairs. However, with that said, although Stanley tools are known for being somewhat durable, comfortable, and easy to use, they are generally not tough enough to stand up to the rigors of heavy-duty daily use, especially for professional purposes.

What is also important to note here is that there are some Stanley tools that are made in the USA, and according to official figures, up to 40%. However, as we have figured out, the vast majority of these tools are only assembled in the USA using parts that were manufactured in foreign countries. This is of course one of the reasons why Stanley can offer great prices on decent products. 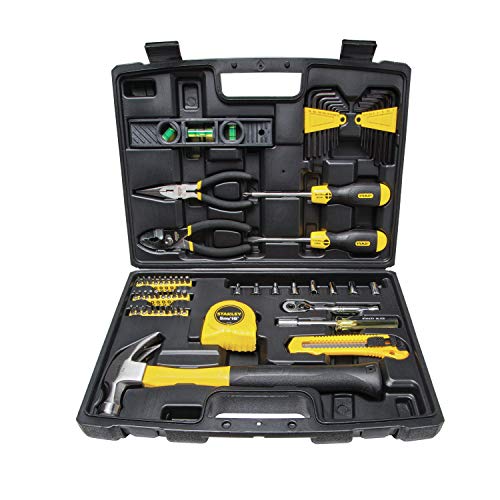 However, that aside, the fact of the matter is that most of the products are made in Taiwan and China. That said, Stanley Black & Decker is moving a lot of production back to the USA, and this does actually go for both of the brands that we are reviewing today.

All in all, while Craftsman tools are generally not regarded as being the highest in quality, they are great for basic use, especially for DIY purposes and light repairs around the house, not to mention that they are reasonably priced.

For the most part, people say that Craftsman tools are easy to use, comfortable, functional, and somewhat durable too. Although these are not the first tools that most professionals would use on the job site, they will stand up to the rigors of a jobsite for some time. Generally speaking, Craftsman tools are a little more expensive, but also probably a bit better in terms of quality and functionality. 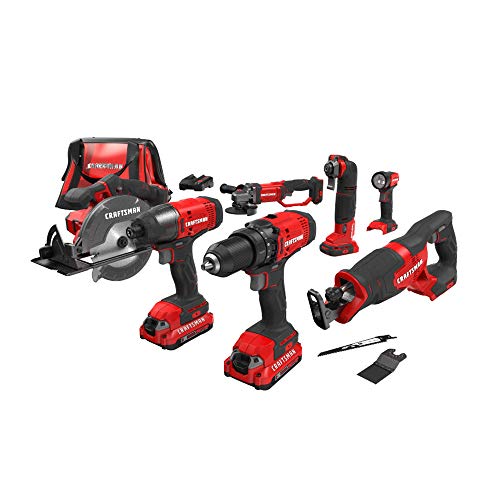 It does appear as though Craftsman has far better warranties on the majority of its products.

Stanley vs. Craftsman: Which Has a Better Product Portfolio?

What needs to be said here is that although Stanley has started producing a larger amount of power tools than before, it really doesn’t produce very many of them at all.

Stanley mostly specializes in creating a variety of hand tools, tool sets, and mechanics tools, along with various tool storage options and a few other things too. Stanley also makes a bunch of lawn and garden tools, although most of them are not powered.

Although Craftsman does produce a wide variety of tools, and yes this does include hand tools, it still doesn’t produce as many as Stanley does. As a brand, Stanley is best known for producing fairly high-quality hand tools, and this goes for all categories, whether we’re talking about wrenches, screwdrivers, hammers, tape measures, hand saws, and everything else.

If you need hand tools, Stanley is definitely the best choice to go with.

If it’s a wide selection of power tools that you’re looking for, then the best choice by far is Craftsman. Stanley has started making more and more power tools as the years go on, but the selection still doesn’t come close to that of Craftsman, and this is true whether we’re talking about power saws, drills, and everything in between.

One thing to consider here is the quality of the tools period now, both of these brands are not exactly the best for professional use, but if you are a professional and you had to choose between the two, then Craftsman is probably the better one in terms of quality. Moreover, Craftsman does also have a much larger selection of power tools, garden tools, and other such items.

However, if what you are looking for is a wide selection of hand tools, then Stanley is definitely the better option of the two. 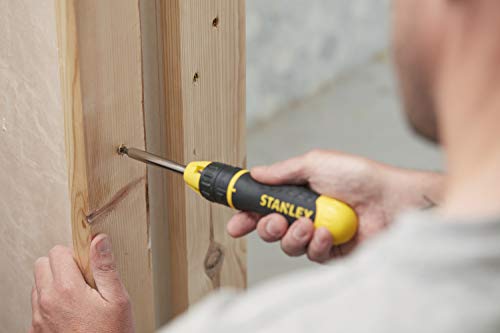 Now that you know exactly what both Stanley and Craftsman have to offer, you can make an informed decision between the two.

How Do Stanley and Craftsman Compare with Other Brands?