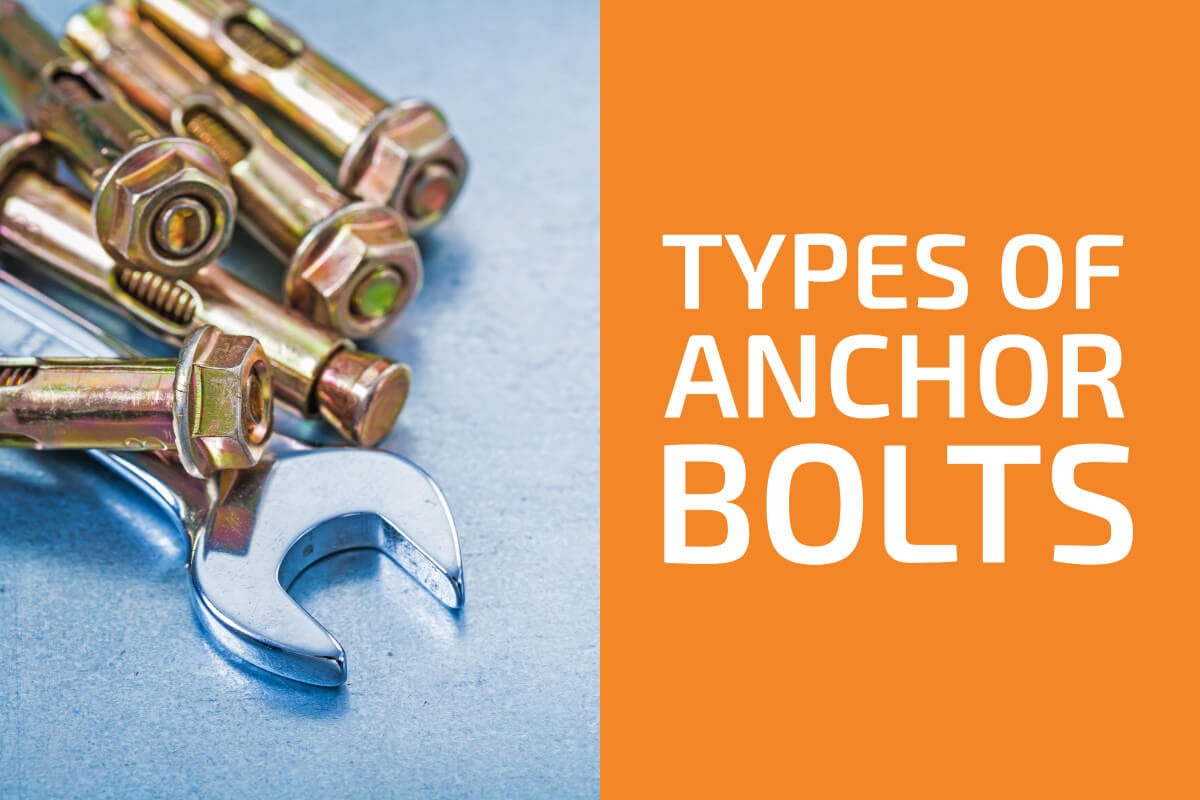 After looking over plans for your next installation project, you may have noticed the need for anchor bolts at some point in the project’s progression. This may have given you a moment of pause, especially if you don’t have much experience using these fasteners.

You may feel a bit overwhelmed by the sheer number of anchor bolts types available today.

Fortunately, you can turn to this guide. Herein, you’ll find information about 10 types of anchor bolts you may find useful in your upcoming project. Better yet, they are separated into 2 broad categories to make it easier to select an option that suits your installation’s needs.

With all of these anchor bolt types in mind, you should be able to pick out at least a couple of viable options that can safely keep your heavy machinery or appliances in place for the foreseeable future.

As their name implies, these anchor bolts are the simplest and often the strongest because they are cast directly into the material. In almost all cases, this means that a cast-in-place anchor bolt will be set into concrete while it is still wet.

This allows it to become fully secured as the concrete surface cures and hardens.

Below are just a few well-known cast-in-place anchor bolt types. 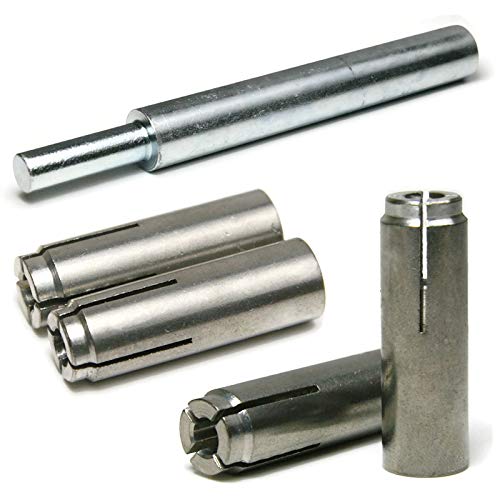 While a slab of concrete is still wet, a cork-screwed sheath is inserted into the mixture such that it is flush with the slab’s surface. Then, once the mixture dries, it will provide a port into which a matching bolt can be inserted.

Drop-in bolts see a lot of use in industrial settings due to their simplicity and versatility. 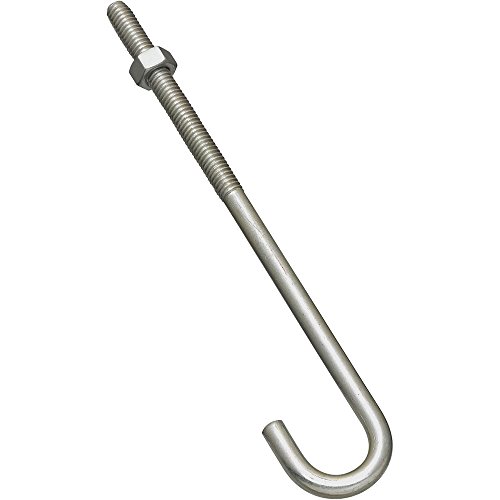 A J-bolt is fairly self-explanatory in terms of its shape.

In essence, a J-bolt is an elongated bolt that has been hooked at the end in such a way that it creates a “J” shape. The curved end of these bolts is sunk into wet concrete, allowing a nut to be screwed onto the exposed end for the purpose of securing an object.

These also see a fair bit of use in construction due to their ease of use. 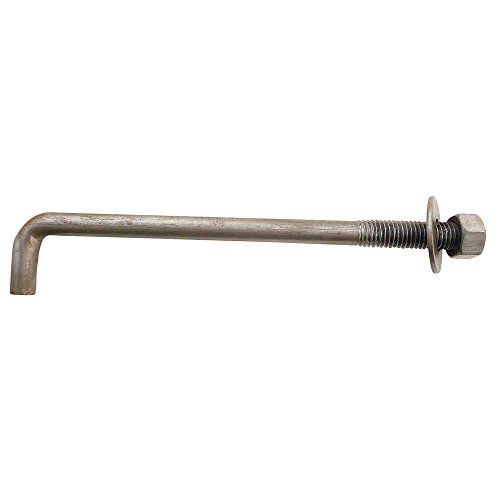 For the most part, L-bolts are exactly like J-bolts except for the shape of their bottom half (which is to say, the half that is sunk into the wet concrete slab).

As you might have guessed, the curved end on an L-bolt is crooked at a right angle, which creates the shape of an “L.” These operate on the same principle of weight distribution as a J-bolt, too, so they can often be used in the same situations.

Plate bolts can take on several different forms, but most often involve an attachment system made up of a T-shaped bolt mounted upside down into wet concrete. The “T” end of these bolts usually feature a corkscrewed section upon which a nut and a circular plate are mounted (or even welded).

Then, onto the opposite exposed end (which also includes a corkscrew), a nut can be added to secure the attached object.

These are considered a “standard” option that suits many types of anchoring goals.

However, they tend to be slightly longer and optimized for use in bricks (primarily because they do not expand upon the insertion of a bolt. They are not as strong as wedge anchors when utilized in this manner but are still a viable option.

Post-installed anchor bolts are also used widely in the construction and installation industry.

In fact, these bolts see more use in situations where a mounting arrangement needs to change after a concrete or brick surface has been laid down. As such, this process requires a hole to be bored into that surface before the screw can be installed.

Here are just a few common post-installed anchor bolts for your consideration.

Sometimes known as “shielded lag screws,” this type of anchor is similar in both form and function to the plastic wall anchors used when inserting screws into drywall.

To that end, this kind of mounting system involves a metal sheath that expands when a lag screw is inserted into it. That makes this a fairly simple anchor bolt to install and utilize flexibly.

This isn’t far from the truth, as these pins are best used to mount plywood onto concrete surfaces. The anchor itself consists of a skinny metal sheath, which is inserted into the floor prior to being filled with a hammer driver pin.

Compared to other anchor bolt types, these can be installed very quickly.

When working with a hollow wall (such as drywall), a toggle wing is your best option.

In essence, this kind of anchor bolt consists of a long corkscrewed bolt onto which a hinged wing mechanism is attached. While combined, both are inserted through a pre-bored hole, where the wings will expand after passing through the hole.

They don’t hold a ton of weight when used on drywall, however. 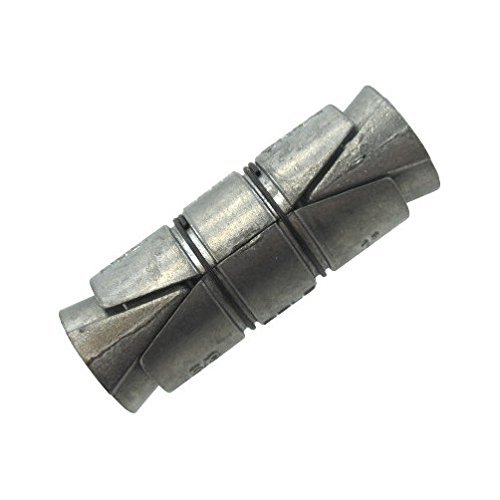 These are ideal for use in bricks because they double the amount of contact between the sheath and the material, reducing the amount of pressure at each point and thus preventing the brick from cracking.

Wedge anchors also see a fair bit of use in the field today.

They consist of a specialized bolt that features a moving wedge device at its base. As a result, these bolts tighten upward towards the fastening nut as the nut is being fastened downward toward the surface level.

They can cause the whole apparatus to pull away from concrete if they are over-tightened, though, so care must always be used when installing a wedge anchor bolt.

As you can see, there is a number of anchor bolt options to choose from at your local hardware store.

All of these anchor bolts are not precisely alike, though. So, it’s important for you to take note of which types you’ll be able to fully utilize in your upcoming project. Don’t hesitate to test each type out in your home workshop, either.

That way, you can feel more confident using every anchor bolt type in this list when the time comes.