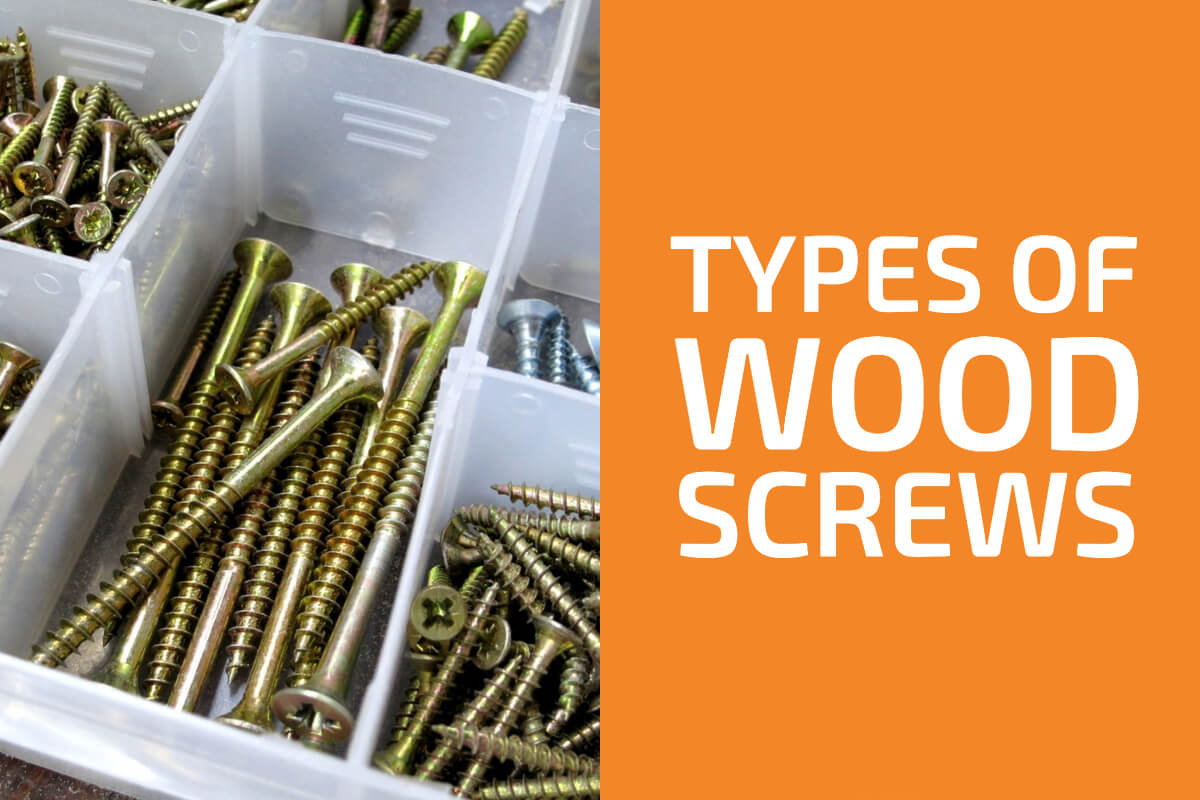 Contrary to popular belief, nails are not the most popular fastener when it comes to general woodworking. Instead, it’s wood screws.

When picking the right screw for your project, there are various factors to consider – the screw’s size, material, and type amongst the most important of those.

In this article, I’ll go over the six most frequently used type of wood screws (and other screws used in woodworking).

6 Most Common Types of Wood Screws

While you might encounter some other types, the below are the most commonly used wood screws (or other screws frequently used in woodworking).

Starting with the most common type, these are the screws that you will encounter the most often when working with wood. They come in a variety of lengths and gauges.

Generally, though, they are three or four inches long and their shank is only partially threaded – it’s smooth at the top. This allows for the screw to pull the top piece towards the pieces it is being screwed into rather than the screw getting stuck in the top piece.

These are perfect for most non-structural applications. 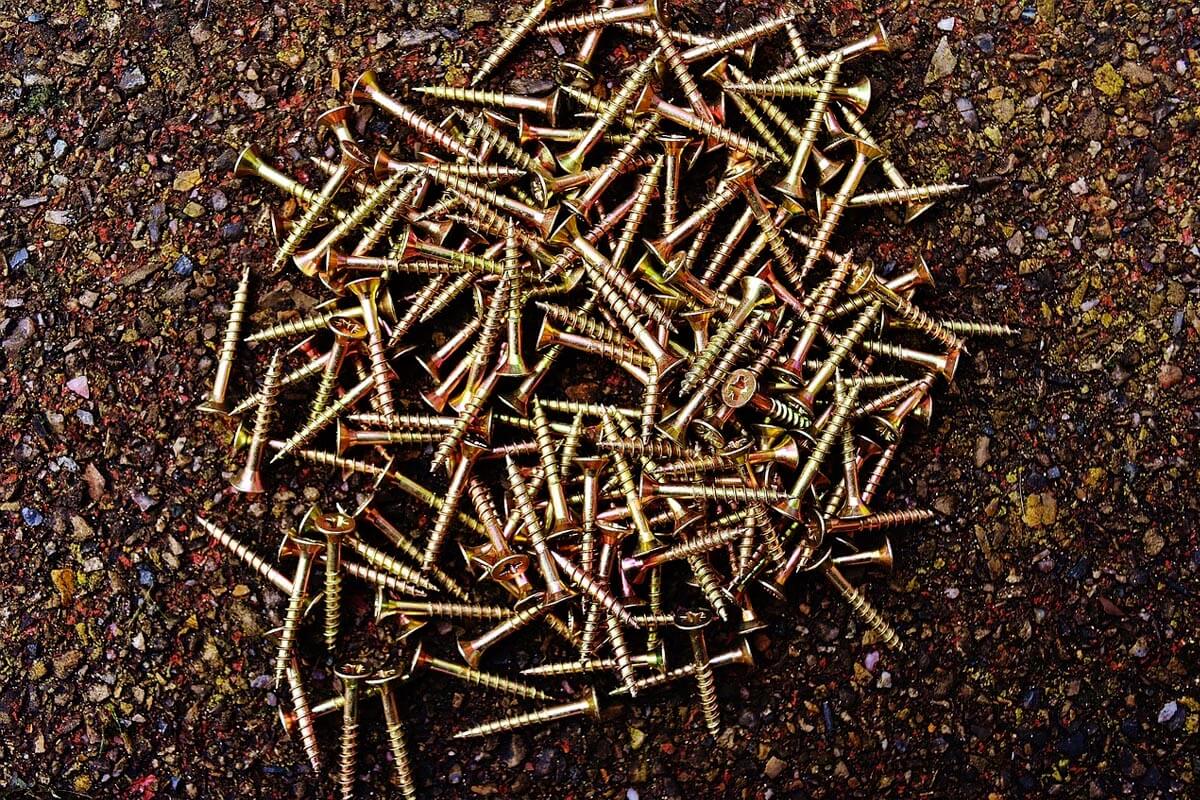 Decks screws are very similar to regular wood screws. In fact, at first glance, they might seem to be exactly the same.

However, because of their outdoor application, they tend to be made of higher quality materials – oftentimes coated steel or copper – than standard wood screws. The main effect of that is that they’re more resistant to corrosion.

Besides that, deck screws typically have larger heads and deeper threads to be able to bear as much load as possible.

One of the common ways to join two pieces of wood is by using pocket holes. These are holes drilled into the top piece at an angle through which screws are driven to secure the piece together.

Because these holes tend to be fairly close to the edge of the board, it’s critical to use the right screws to prevent splitting and breaking your workpieces. The right screws for the job are, no surprise, “pocket screws.”

These screws have self-drilling tips and larger heads. The first prevents the bottom piece from splitting while the larger head helps with preventing the screw from being tightened too deep and breaking the top piece.

Lag screws often called “lag bolts,” are wood screws ideal for joining heavy boards. Their threads are much (two, three, even four times) thicker than those of regular screws, and so they provide a lot of support.

Rather than having typical heads with Phillips or similar drives, they usually have hexagonal heads like bolts. That’s cause they require the extra torque to be tightened that using a socket wrench provides.

Also, rather than being used on their own, they are normally used with washers. That helps spread the pressure of the head on the wood across a larger area. 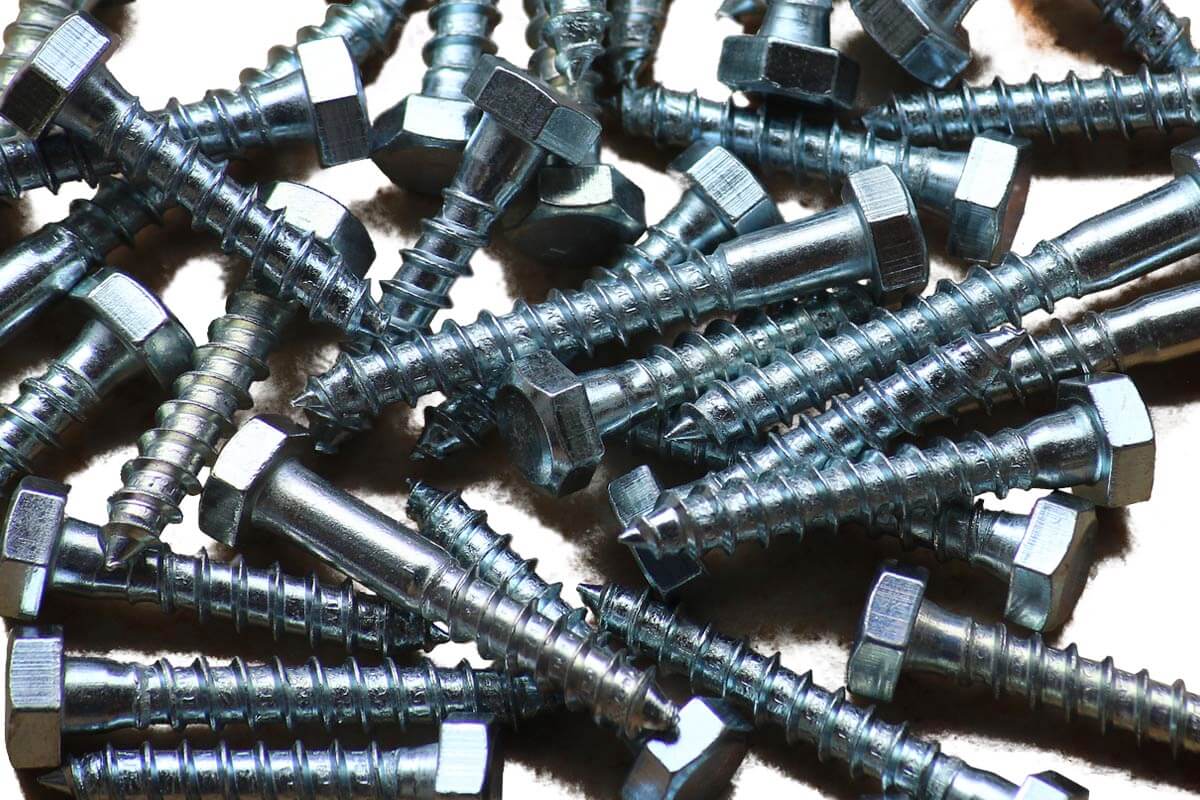 Structural screws are similar to lag screws in that they are designed to bear significant loads. In terms of their looks, though, they are more similar to regular wood screws, just larger.

As their name suggests, they are designed to be used in applications where the screws breaking could cause significant problems.

While in most situations like that – like when framing a building – nails would be used, there are still some cases where using structural screws is more advantageous.

The main use of drywall screws is – obviously – securing drywall panels to wooden or metal surfaces. However, woodworkers also use them every now and then because they are self-drilling and cheap.

That said, they are not ideal for use in the actual project you are working on. Instead, they are a good option to use when you need to build a jig, a sawhorse, or other similar work tool made out of wood.

Things to Consider When Choosing the Right Screws for Your Project

Choosing the right type of screw is not the only thing you have to get right when choosing the right screws for your woodworking project. In addition to that, the following properties of the ones that you choose are also important to consider.

Length and gauge: Depending on the thickness of your workpieces, type of joint you are making, and so on, the ideal length and gauge (thickness) of your screw will vary. I wrote more about that here.

Screw drive: Screw drive determines the type of screwdriver you will need to use to tighten the screw. Phillips (+) screw drive is the most common. However, many people prefer star (Torx) and square drives as they are easier to tighten.

Head type: Screws either come with flat heads (flat at the top and tapering into the shank) or with pan (or round) heads. In most cases, you will want flat-head screws. But, if you are screwing a piece of plastic or similar that the screw cannot be countersunk into, then you will have to opt for a pan- or a round-head screw.

Self-drilling: Some wood screws are self-drilling, meaning they don’t require pilot holes to be drilled. They’re good as they can save you a lot of time if you need to use a lot of them. But, you might still be better off drilling a pilot hole in some cases. Especially so in places where the risk of splitting the wood is high.

Material: Finally, wood screws come in a variety of materials. Most often, you will encounter steel screws. If you need to last them longer or will use them outdoor, then look for screws made out of stainless steel or other corrosion-resistant materials.

In most cases – when building benches and other wooden items – you will be using standard wood screws the most often. However, it’s still good to remember that there are other kinds out there as well.

If you tend to do a lot of face-to-end grain joints, remember that you can always do pocket holes. If you are planning to build a wood deck, then definitely remember deck screws.

And, if you are building something that needs to bear a significant load, consider lag or structural screws depending on the types of boards you are joining. Or, even consider using nails.