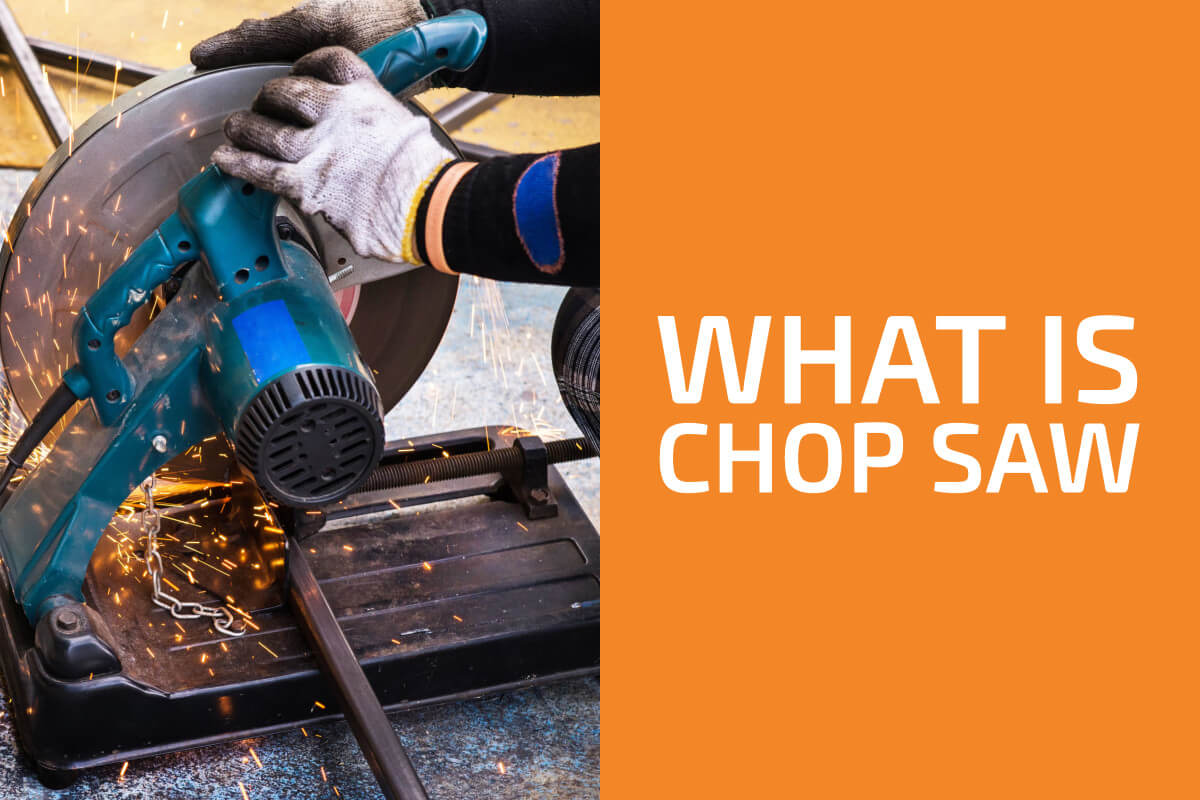 If you are familiar with woodworking, you’ve almost certainly heard of a chop saw. It is often mistaken for a miter saw, and rightfully so, as they are very similar to each other. Veteran crafters will tell you these two are very different tools that have their specific cuts that they excel in and others they struggle with.

This article will focus on chop saws. We will go through what they are and what they can be used for.

What Is a Chop Saw?

A chop saw is a power tool that is used exclusively to make square cuts. These types of saws can only move up and down on their swing arm and are mostly used for making straight cuts in thick materials.

Chop saws are relied on to make precise cuts much like miter saws are. What they lack in versatility, though, they make up for in power. There are some blades you can attach to these saws that can even cut even fairly thick pieces of metal. 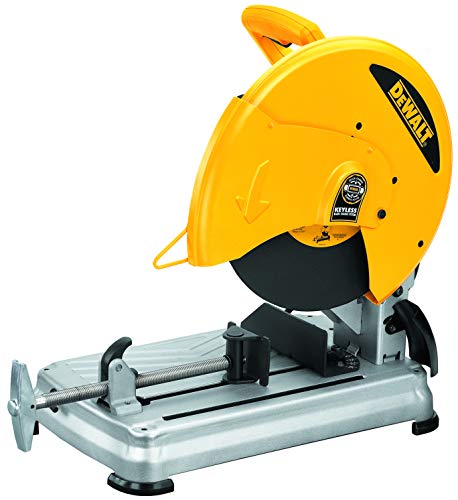 In general, these saws are used for the same jobs that miter saws tackle, just on a larger scale. You will see these used mainly by professionals or experienced woodworkers, their larger blade can make for a bit more danger and require a bit more confidence in using effectively.

They are also more frequently seen in metalworking shops.

Chop saws can also be a bit bulky and, for the most part, are considered one of the smaller stationary saws that are great for big projects in tighter workshops.

Are Chop Saw and Miter Saw the Same Tool?

Despite the many similarities between these two saws they are entirely different tools. Chop saws are typically larger than their miter counterparts and can make less types of cuts. Plus, miter saws are much easier to come by and are typically cheaper than chop saws.

This mostly has to do with the fact that chop saws use larger blades and need larger motors as well.

For a more detailed comparison of the two tools, check this article.

With the basics out of the way, let’s take a look at what a chop saw can be used for.

If you are looking at making some sturdy shelving you can use a chop saw to make the cuts you need as easily as possible. A chop saw can make the square cuts you’ll need with no trouble and with its extra power, you can use sturdier material.

Unless you plan on getting a bit more creative in your shelving designs, a chop saw will get this project done quicker than a miter saw would with just as good results.

This is in the same vein as making shelves in that, using a chop saw will likely get this project done a lot faster than it would with a miter saw.

However, most woodworkers will use a regular miter saw to cut the legs, especially if they plan on implementing a more intricate design. As for the tabletop, which will be the largest part of the table, a chop saw is best used to make this.

Ideally, you can use both for the different parts of the table. If you have to choose only one though, the miter saw would be sufficient if you are a beginner while you may find you’ll save time using just the chop saw if you have experience using them.

Besides the above two, you can also use the chop saw to cut wooden boards, even thick ones in other situations.

Whether it’s cutting pillars or deck boards, the chop saw will be able to make relatively clean cuts quickly.

Ceramic can be a tough material to cut through but the chop saw’s larger blade should have no trouble in getting through it easily. Plus, while it doesn’t have as much variety as a miter saw, it can still make some of the angled cuts that a lot of ceramic works will need.

If you need to cut a lot of hard material like steel in straight lines, a chop saw is certainly the best choice. Miter saws do not have the blades nor powerful enough motors to cut through these kinds of materials.

It’s worthwhile to note that you should check what blade you are using if you are planning to use a chop saw to cut metals. You will need different types of blades to cut through metal than you would for wood. Using the wrong kind of blade could result in dulling the teeth and possibly even damaging the blade itself after too much use. 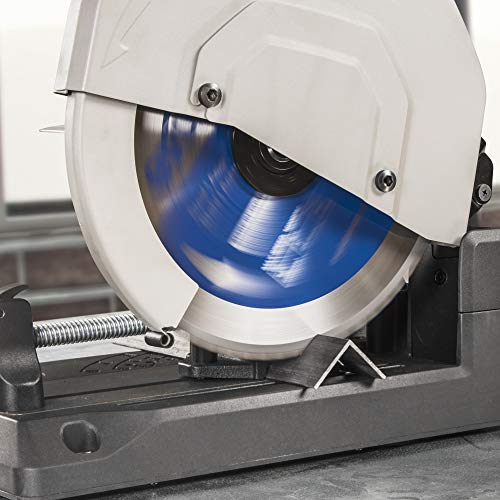 All this is, of course, just scratching the surface on what you can do with a chop saw. In the hands of experienced woodworkers, this saw can be used for all kinds of projects both big and small.

It takes plenty of inspiration from its more popular counterpart, the miter saw, so much so that people even commonly mix up one for the other.

However, hopefully after reading this, you can easily spot the differences between the two tools and find the right one for the project you’re working on. Try out a few of the common uses for chop saws listed above for yourself and remember to stay safe, practice as much as you need, and do your best to put this new knowledge to use in your workshop!